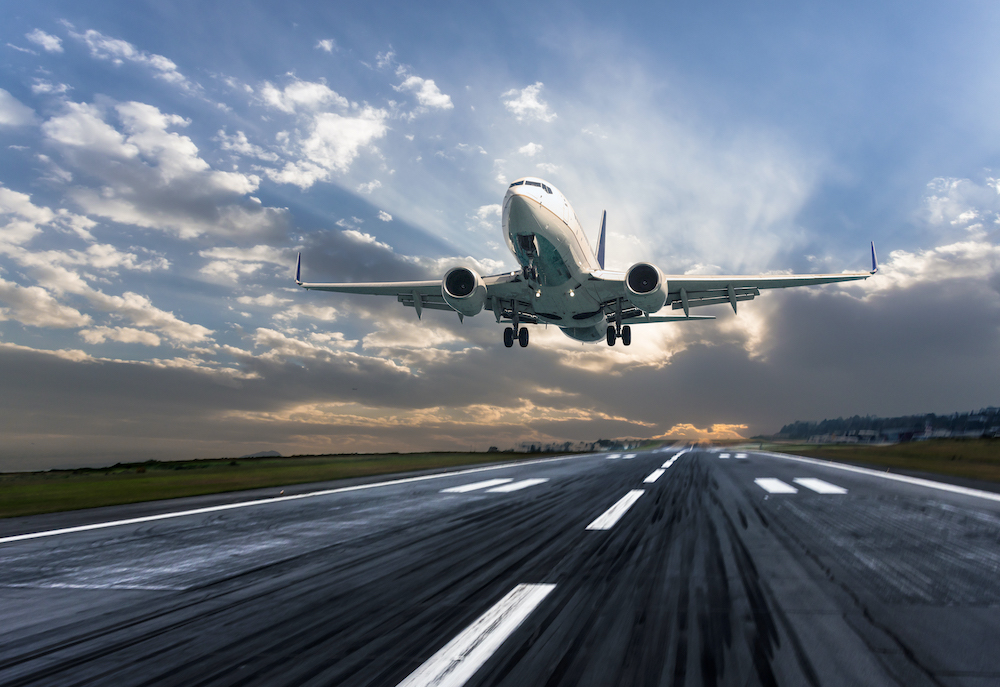 Airlines prepare for a greener future

There’s a reason all passenger jets are shaped like tubes. As an aircraft increases in altitude, the outside air pressure naturally decreases along with oxygen levels. To prevent passengers from fainting, planes pump air into the cabin. This increases the pressure and the amount of breathable oxygen inside.

But filling the enclosed space with air is a bit like inflating a balloon. The challenge, says R. John Hansman, pilot and director of the MIT International Center for Air Travel, is to design a cabin strong enough to resist breaking. “The most efficient shape for this is actually a tube,” he says.

That’s why planes on tarmacs around the world have undoubtedly looked alike since the first jet airliner took off in 1949. The iconic tube shape and twin swept-back wings, each supporting one or more engines, are the characteristics of the modern jet. This proven model has propelled humans far into the world of flight, both literally and figuratively.

Despite what you see on the surface, airplanes have actually changed a lot over the past 70 years. Energy efficiency and noise reduction, for example, have been continuously improved in the industry. And the new challenges posed by climate change are driving engineers to get creative and rethink the future of aviation.

Jet engines have been modified to improve aviation efficiency over the past half century. New designs increase airflow surrounding the combustion core to reduce engine noise. (Baranozdemir/Getty/E+ Collection)

About 60 years ago, the airline industry entered the age of the jet. Gone are the days when passengers traveled on small propeller planes such as the Douglas DC-3, the world’s first commercial airliner, which debuted in 1935 with a maximum capacity of 28 passengers. The demand for air travel – and its increasing accessibility and safety – drove aircraft manufacturers to build larger commercial airliners, such as the Boeing 707, which could carry up to 181 passengers on a single flight.

But the first generation of big jets, which came out in the late 1940s through the 1960s, were “very, very noisy,” says Janet Bednarek, an aviation historian at the University of Dayton. The constant noise of roaring engines caused tension between the airline industry and the people who lived around the airports.

The noise problem influenced the next wave of jet aircraft design. In the 1970s, Boeing unveiled the 747, which was two and a half times larger than the 707 and could seat 366 passengers. Increased passenger seating has lowered ticket costs, while new innovations in engine design have also reduced noise.

“Even though it was much, much larger, it was quieter than the original 707,” says Bednarek.

Larger planes have also helped airlines become more fuel efficient and cost efficient per passenger. “Airlines are very cost sensitive,” says Bednarek. “So having an aircraft that can fly higher, further, faster on less fuel is very important to them.”

Finding ways to improve efficiency and noise has a lot to do with engine architecture. One tactic is to increase the bypass rate of a gas turbine engine so that more air flows around the combustion chamber instead of through it. This increases engine efficiency, with the added benefit that the jet also makes less noise.

The larger bypass rate increased motor size over time. “If you go back and look at pictures of planes from the 60s, they had tiny little jet engines,” says Hansman. “If you look at airplanes today, they look a bit similar, but the engines are much bigger.”

But, he adds, a bypass rate can’t get so high before the material around the engine gets too big and creates excessive drag, making the plane less efficient. “We’re kind of at a point where… you have to do something different. There are proposals to make very different configurations,” he says – meaning we could start to see planes that don’t have the standard tube and wing design.

For example, there is the “double-bubble” airplane, an idea of ​​MIT, NASA and Aurora Flight Sciences, a subsidiary of Boeing. The design would double the width of the plane’s body and place the engines all the way back, rather than under the wings. It was first proposed in 2010, and in 2017 NASA awarded a contract to research the design of its new subsonic X-plane.

A more recent push for innovation comes from climate change and the push to reduce emissions, a challenge Hansman and Bednarek describe as “existential” for the industry.

Alice is an all-electric aircraft from Eviation. The plane, shown here in a render, was preparing for its first test flight in late 2022. (NASA/Lockheed Martin)

In search of sustainability

Making air travel greener will take more than a one-size-fits-all solution, like a new shape for pressurized cabins, experts say. Boeing and other aerospace companies are looking at multiple applications at once to target different parts of the industry.

Sustainable Aviation Fuels (SAF) are a promising and most scalable innovation today. These alternatives to fossil jet fuels are usually made from natural materials, including cooking oils, animal fats, typical agricultural crops, or algae. And some SAFs are already burning in today’s jet engines, mixed with traditional jet fuels. Researchers are working to increase the ratio of SAF that can be used in current and future aircraft. But ready-to-run infrastructure is why Newsum says SAFs are the most immediate solution to decarbonizing aircraft.

Hydrogen has also emerged as a promising fuel alternative, as it leaves only water vapor behind. But storing it on planes poses challenges, as it must stay below minus 423 degrees Fahrenheit to be used as a liquid. So far, no commercial jet runs on this fuel source. “It will be a while before this can hit the market,” says Newsum. This is why Boeing is focusing on SAFs as a short-term solution, as they are developing hydrogen for long-term use.

On the other hand, some recent efforts have given rise to small aircraft equipped with electric motors. Rolls-Royce conducted a test flight of the single-passenger Spirit of Innovation in 2021, and a nine-seat jet plane developed by Israeli aerospace company Eviation, called Alice, is in the testing phase. The hurdle here, however, is the weight and power density needed to power larger electric planes. The relatively small Spirit of Innovation required 6,000 battery cells, enough energy to power 250 homes.

“The potential for these small planes is quite exciting,” says Newsum. “But it will be a long time, perhaps decades, before that is mature enough to power a 737-sized aircraft.”

For now, Boeing and other companies are building prototypes of small electric planes called eVTOLs, or electric vertical take-off and landing vehicles. Most are designed to carry a handful of people on short commuter flights. A startup, Kelekona, has unveiled plans for a 40-passenger “minibus” that looks like it’s straight out of a sci-fi movie. Some eVTOLs can also fly autonomously.

The money is certainly there – Boeing invested an additional $450 million this year in its eVTOL joint venture with Kitty Hawk Corporation, called Wisk – but the road to the runway remains long for this type of aircraft.

“Any new technology is going to have its challenges – it’s inherent in the innovation process,” says Newsum. “If there were no challenges, we would already be doing it.

The recent increase in space travel, thanks to the addition of private sector companies, is creating new demand for greener options. (Credit: SpaceX)

It’s no secret that launching a rocket into space is not good for the environment. Many traditional rocket fuels are dirty, toxic, and shoot soot particles into the upper levels of the atmosphere as they pass through Earth’s orbit. And humans are launching more rockets these days than ever before.

In the face of climate change, more efficient and sustainable rocket fuels are in the spotlight. A mixture of hydrogen and oxygen, leaving only water vapor behind, powered Jeff Bezos’ New Shepard ride last summer. And SpaceX uses methane, which burns cleaner and more efficiently than traditional rocket fuels, to propel its Starship rocket.

Startups like blueshift Aerospace are even studying the viability of biofuels made from plant materials to get rockets off the ground. But in practice, it’s still a heavyweight in the burgeoning space travel industry – where frequent, farther travel will require reliable, high-performance power.