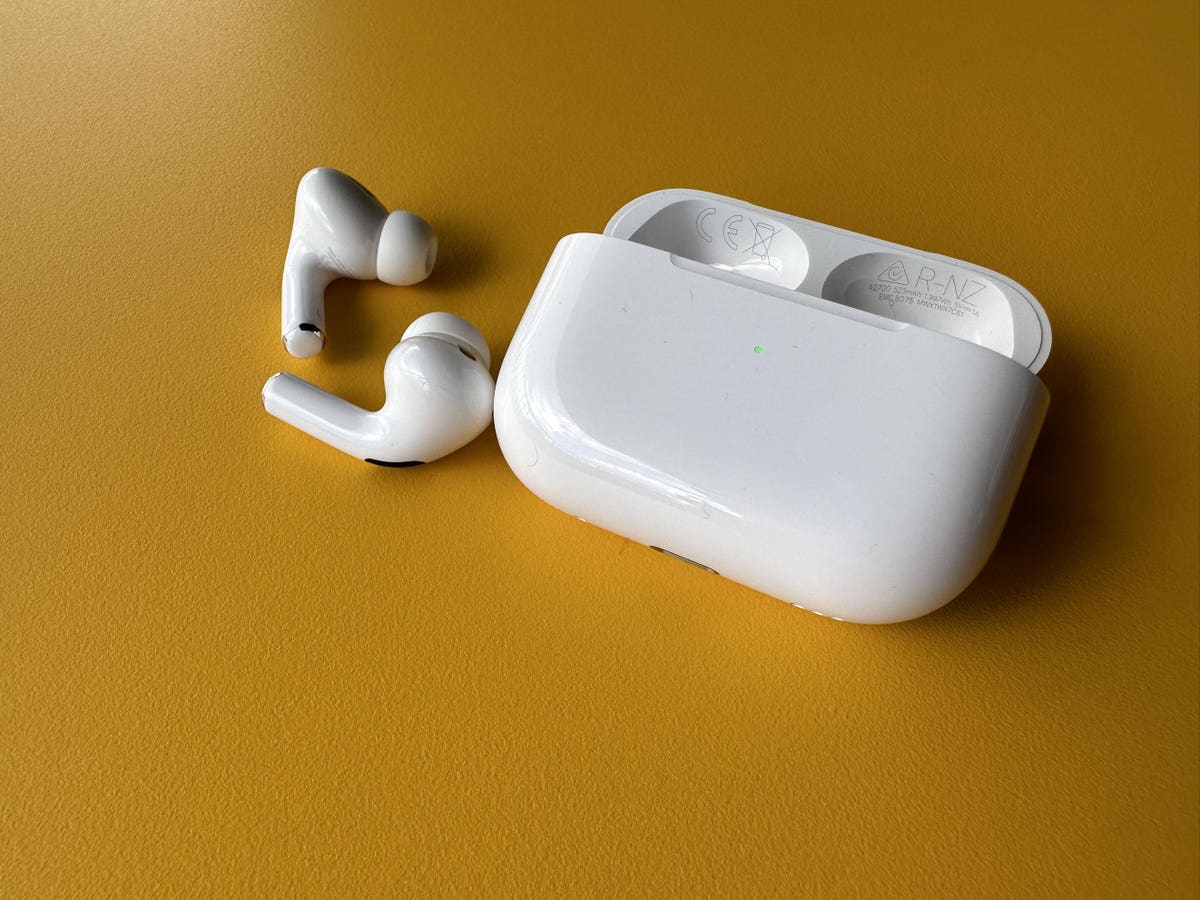 New AirPods Pro? It was time too. The first Pro earphones were launched in October 2019, so it was just three years ago. The new version looks like the original but contains many new features, custom spatial audio (also now available for third-generation AirPods and AirPods Max), improved noise cancellation and longer battery life long.

The second-generation AirPods Pro (Apple doesn’t call them AirPods Pro 2) are almost identical to the first version. The acoustic vents are in slightly different places; otherwise, the buds look the same as before.

Notably, that’s because there’s a new sensor to spot when you’re wearing them. This is a skin detection sensor that first appeared on the third generation AirPods. From the start, AirPods have had a cute feature: when you take them out of your ears, they stop playing music. But sometimes, when placed on the table or in your bag, they could get confused and start playing again by mistake. This sensor, which works very well, avoids such misfires.

The case is slightly different, including a loop so you can attach a lanyard and a small speaker designed to help Find My. You can now locate the case using the Apple app so it can play a sound to help you find it – on previous AirPods Pro you could only find the earbuds themselves this way.

The only other design change is that there’s an extra silicone mouthpiece, an extra-small size, so there’s a better chance you can find the perfect fit. Sure, there’s active noise cancellation here, but a good seal is an important first step to audio glory.

There are no new colors, just the familiar gloss white finish.

Pairing AirPods Pro is easier than ever, just open the case near your iPhone, iPad or Mac. The ear tip fit test is still there, so the headphones can listen to a short melody to identify if you’re wearing the right size ear tip.

And once you are logged in, there is a software change. Instead of opening Settings, then Bluetooth, then tapping the AirPods entry, you just open Settings and the headphones will appear as an individual entry towards the top. A minor but useful change.

As you’d expect, Apple promises better sound with its new Pro headphones. Noise cancellation is said to keep double the noise of the outside world at bay. I’m writing this review on an airplane (Airbus A320, since you ask) and the noise is quite loud with the noise canceling turned off. I’m watching Up, for the hundredth time I imagine, and with the noise canceling it’s sublime. With the first-gen AirPods Pro, I could hear it pretty well, but it’s much, much better. Aircraft noise is still there, but not intrusive, unlike the occasional raspy laughter from three rows behind, but what can you do?

The AirPods Pro easily pass the flight test, better than any other in-ear headphones I’ve tried, but not as effectively as over-ear headphones such as the Bose QuietComfort 45 or AirPods Max.

Next, custom spatial audio. This is new for AirPods Pro, but works with third-generation AirPods and AirPods Max. You need to set it up with an iPhone compatible with a TrueDepth camera. First, you scan your face just like you did for Face ID. Then you hold the iPhone to one side so the camera can see your ear, and you wave it back and forth so it can register the shape of your ear. You hear a tone when it’s done. And that’s all.

It definitely makes a difference. To get the most out of it, I recommend listening to a familiar track before setting it up and then again afterwards. The idea is that it will adjust the audio to suit your ears. In my case, yours will be different, it makes the sometimes low average ratings much more noticeable. You can turn it off if you don’t like it, though you’ll have to go through the brief setup again to get it back.

Apple also added adaptive transparency here. This is designed to make sure you hear the world when you need to (although let me tell you, the shrill laughter never needs to be front and center), so you can carry on a conversation without withdrawing. headphones, for example.

I don’t need to tell you, it’s polite to take off your headphones when talking to someone.

The idea is that while it lets outside noise in, it can alter the uglier noises around us, like roadworks, sirens and more, making them less offensive, but not inaudible, of course.

The main difference to how you use AirPods Pro is that they now have a way to easily control the volume without needing to reach for your iPhone or ask Siri to turn it down. The touch panel, which is the recessed flat area, now responds to a swipe: up to increase the sound, down to decrease it. It took me a while to figure this out, but once learned it’s a good way to keep things under control.

The chip has been updated. This is the H2, where all other AirPods models have used the H1. This has twice the transistors of the previous model and is what makes the best noise cancellation possible. It’s also capable of producing richer sound than before, Apple says, and it’s certainly detailed, rich and full. The H2 chip also makes adaptive transparency possible, with adjustments made 48,000 times per second. You understand that I did not count, I take that on confidence.

And then there’s the battery life which is decidedly better this time around. There’s 90 more minutes of listening now: the original AirPods Pro managed 4 hours 30 minutes with active noise cancellation turned on. It’s now until 6 o’clock here. In fact, it’s an hour longer than the first-generation earphones that managed with noise cancellation. Talk time for phone calls has increased by an hour, according to Apple, to 4 hours 30 minutes. And the new Custom Spatial Audio, while reducing listening time, still delivers 5 hours 30 minutes. That’s what Apple says, but my testing suggests it’s in the right ballpark.

Listening time is the same as on the latest AirPods (third generation) which don’t have noise cancellation, though unsurprisingly worse than the 20 hours boasted by the much larger AirPods Max.

The new AirPods Pro are insanely good. Overall, audio quality is improved, and new features like custom spatial audio are particularly good. The extra tip will come in handy for many and the extended battery life is a bonus for everyone. Since the previous AirPods Pro have been discontinued, the comparison is with regular, second or third generation AirPods. The first headphones are very good value for money, and if you’re concerned about budget, they still work well. But the benefits of the new AirPods Pro are considerable and, I would argue, easily justify the cost. Comparing the new headphones to other brands, if better sounding in-ear headphones is what you’re looking for, then Apple is definitely on top again.