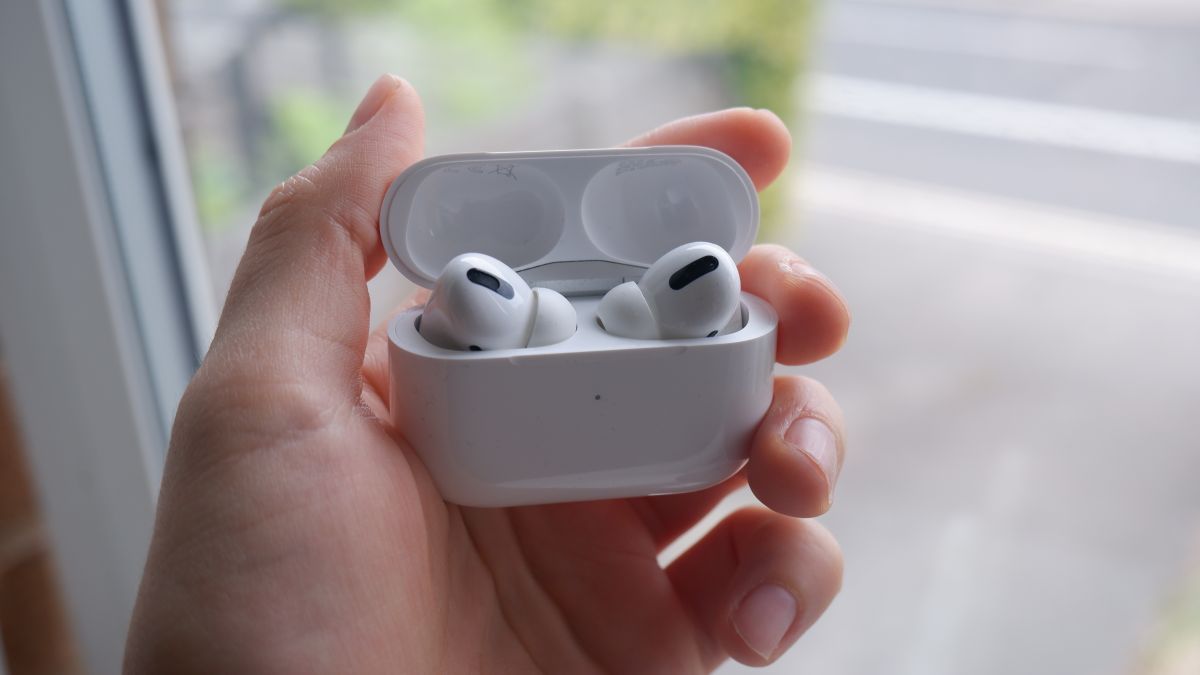 It has been rumored for almost two years that the AirPods Pro 2 are just weeks away from their debut. Yes, of course, how many times have we heard this before?

I fell into the same hearsay last year when speculation arose that Apple would make a surprise announcement for the release of its new noise-canceling headphones during the 2021 holiday season. Mind you, this was shortly after the AirPods 3 release in October. Obviously, that never materialized.

Enter 2022: There’s a report almost every month sharing a highly anticipated new AirPods Pro 2 release date. There are also ripples of economic setbacks that impact production, causing more delays than the Morbius film. On top of that you have revered analysts like Ming-Chi Kuo stating Apple will review its strategy for the deployment of AirPods Pro 2 because of disappointing AirPods 3 sales.

Whatever happens with Apple’s upcoming flagship buds, we urge them to wait a little longer and get things straightened out, and we urge you to be patient as well. Let’s explain.

No one saw the COVID-19 pandemic coming. It’s been over two years and it continues to rock the tech industry, especially global consumer staples like Apple. Tim Cook admitted lose 6 billion in turnover through supply chain issues. More importantly, processor shortages and COVID-related manufacturing disruptions have resulted in manufacturing delays for iPhones, iPads, and Macs. If the AirPods Pro 2 are to receive a “significantly improved chip,” as Kuo claims, it will likely be affected as well.

Earlier this year, there was talk of Apple increasing its component orders ahead of the AirPods Pro 2 launch, per DigiTimes. However, the latest report from Nikkei says Apple is cutting iPhone and AirPod production due to a slowdown in demand caused by rising inflation and the Ukraine crisis. Without forgetting Foxconn, Apple’s main supplier, recently suspended production at two factories after multiple cases of COVID-19 were reported.

Production stoppages and lack of resources will not only push back the AirPods Pro 2 release date, but these issues could lead to other issues as well. Functional problems!

All of these supposed upgrades might not do the trick

Apple creates roadmaps for all of its products; it rarely drops planned features that it sees as essential to its ecosystem. As with all rumored AirPods models, the next-gen AirPods Pro are expected to receive plenty of upgrades. The rumor mill suggests a new stemless design, in-air gestures to activate controls, longer battery life, lossless audio, and Active Noise Cancellation and EQ improvements adaptive.

The functionality of all AirPods is tied to Apple’s H1 chip. Whether Apple decides to take the AirPods Pro 2 down the same path or create an entirely new circuit, less processor availability means more production setbacks. Worse still, specific features may be removed to accommodate a faster release window.

We don’t want AirPods Pro 1.5 after three years. You neither. Therefore, it makes sense that Apple would put off the AirPods Pro 2 until they could create the product they intended to create from the start.

There are reasons the AirPods Pro are some of the best wireless earbuds ever made. They offer a complete package that delivers excellent performance across the board, aside from the short battery life (sorry, but 5 hours max is just too short). The fact that they remain a best seller and a gift guide favorite shows their mass appeal. Three years on the market and Apple is still extending their lifespan with new features.

So much was originally introduced on the AirPods Pro when it launched in 2019. ANC was a first for the series. The inclusion of an adaptive equalizer to automatically adjust frequencies when listening to music was considered a breakthrough. Apple’s force sensor has become the most reliable and user-friendly control scheme in the category. We can’t forget cool features like the ear tip fit test to determine the best tips for the best fit.

AirPods Pro are always getting new features through iOS updates. Last year’s updates brought us automatic switching, improved Find My for locating misplaced buds, headphone accommodation for customizing audio, and the model’s flagship feature: spatial audio. We don’t know what’s on the horizon, but based on Apple’s track record, they’re probably working on the next big iOS update that will welcome more benefits. Then again, they could save this for the AirPods Pro 2 launch, which would also trickle down to other compatible AirPods models, much like they did with the AirPods 3.

Speaking of the AirPods 3 launch, Apple took the opportunity to re-release the AirPods Pro on the same day, bundling this version with a MagSafe charging case. There was little publicity for it, and only major tech publications were talking about it. Still, it’s another show of Apple’s commitment to keeping every AirPods model modernized, and more updates mean they can ride AirPods Pro ponytails for at least a year or two.

Outlook – wait for the AirPods Pro 2, unless you really want noise-canceling Apple buds

Playing the waiting game with each new release from Apple becomes taxing. There’s still no confirmation on what the AirPods Pro 2 will be or when they’ll launch. And unless you’re connected to an Apple insider, expect to wait longer for this sequel to hit store shelves.

It’s not all bad news. The more time Apple has to include each detailed component in its roadmap, the better the AirPods Pro 2 will be.

And just because you’re waiting doesn’t mean you have to do without Apple’s noise-canceling headphones. As of this writing, the AirPods Pro (MagSafe Version) (opens in a new tab) is on sale for as low as $174 at several major online retailers. It’s an incredible deal considering the generous markdown from the original MSRP ($249).

This is just one reporter’s opinion, but if you’re so attached to Apple’s releases, keep holding your breath until the AirPods Pro 2 become official. If not, stop denying the inevitable and grab the original AirPods Pro for now.