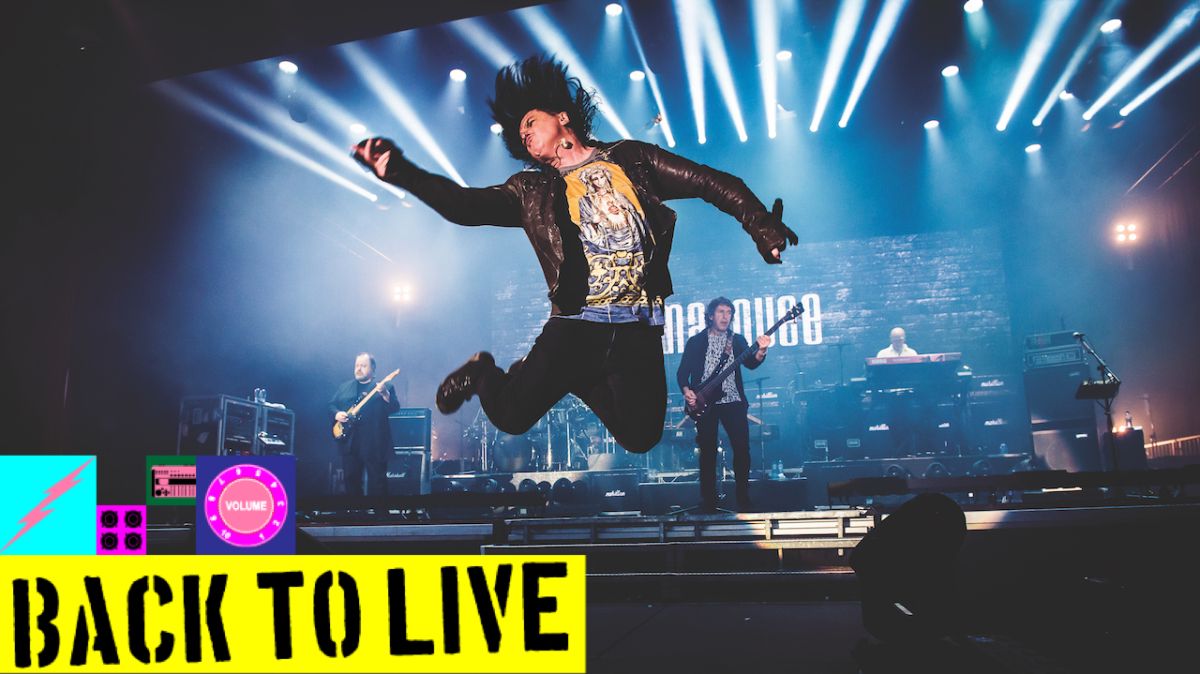 Back To Live: Let’s restart this party

Where were you when the fun stopped?

Solo performer and session player Greg Coulson is a concert musician who has performed with groups as diverse as Spiritualized and The Blockheads, in addition to having his own solo career. In March 2020, he was on tour in France.

“We had just finished our show at CafÃ© Duc Des Lombardes in Paris and our manager said to us: ‘You are all going home’.”

The tour was canceled and they took a return flight the next day. “So what everything else was canceled, â€he said. â€œMy journal went from a full year of concerts to nothing in about 24 hours. There were international tours, album campaigns, festivals, TV showsâ€¦ It was all started. It was a problem. My wife was pregnant, I had no other income and to make matters worse there was no way of knowing when we were going to be able to get back to normal and live on music.

What that meant for Greg and thousands of other professional musicians – on every level, from original touring bands to alliances, from orchestras to studio musicians in recording studios to guys in the pit in theaters, not to mention the bands playing your local – was the end of the sources of income on which they depended.

And it wasn’t just the musicians affected: sound engineers, lighting engineers, doormen, bar staff, venue owners, merch teams, tour directors, tour crew, promoters, etc. agents – anyone who does live music. , and everyone in the supply chain around music has been affected.

But now it’s coming back.

Back To Live is our attempt to greet the return of live music.

Back to Live is a cross-platform event / campaign that will run across all of Future’s music sites and magazines over the next few months – and here on MusicRadar over the next few days – celebrating the (responsible) return of live music through videos, articles and live events (to be confirmed), with the aim of helping the live music market go from zero to 11 in the safest, fastest and loudest way possible.

We’ve been planning this for some time, and like everyone else, musicians and concert halls alike, we are in the throes of uncertainty and we ask ourselves the same question: is live music really return?

The answer is yes. Regulations may vary across the world. You may not be able to go see a band where you live again but make no mistake, whether it’s a matter of weeks or months, it’s coming.

The green shoots of the live music revival are already visible.

At week-end, Foo Fighters performed in front of a crowd of 20,000 vaccinated punters at Madison Square Garden in New York City, the venue’s first concert in 460 days.

It’s last weekend. Look at them:

Also last weekend in the UK, Download Pilot – a scaled-down version of the Download Festival, the rock and metal festival that has been held in Donington Park every year since 2003 – welcomed 10,000 festival-goers who had to camp and stay on site during the weekend. They also had to show proof of a negative PCR and lateral flow test to enter and perform a subsequent PCR test after the event.

This isn’t an old clip, it’s just a few days ago. Look at them:

The download pilot was part of the UK Government’s Events Research Program, a series of events organized to support the return of live music, providing essential data to track the transmission of the virus at events. Initial events included the BRIT Awards, the FA Cup final and a few concerts and club nights.

58,000 people took part in these first research events. Inside. No mask or social distancing required inside the room.

Seriously, check out these maniacs:

So, how many of these 58,000 people recorded a positive Covid test after the events?

It goes without saying that we must be careful and responsible. The fight against a virus that has claimed countless lives continues. We have to take the advice of our scientists and our governments, but places are adjusting and a newly vaccinated audience is desperate to go out and enjoy live music again. Ticket sales on UK football venues are up 140% from 2019 levels. The demand is there and in a time when few groups will be able to tour internationally, this could be a boom time for them. “Local talents”.

It’s time to revive the culture.

16 months after being kicked out of Paris, Greg Coulson recently found himself playing for 30 socially distant people at Broadstairs in Kent – “a very strange and surreal experience,” he says.

Last year he built a recording studio with a friend (Adam Gammage, drummer for Tom Grennan and Eliot Sumner), which meant he “could still be creative, keep playing music and earn money through registration and distance education “.

He and his wife had their baby and the weeks at home couldn’t have been better. He made an effort to record and develop his production skills.

â€œI played a few gigs,â€ he says. â€œTo be honest, I don’t know if I’m ready to go back right away. It has been difficult to judge whether you are doing the right thing or not. At the moment my diary has about a third of the number of engagements per. compared to that of early 2020.

â€œI love playing live and I miss it. But I also love recording, writing and playing for hours in a studio. I’ll take a few more months please,â€ he laughs. “I have to finish my masterpiece.”

So join MusicRadar, Guitar World and Louder starting June 25 for Back to Live, a massive summer celebration and prep training camp for the return of proper, direct and lively live music.

We’ll celebrate the peaks of performance with star performers and put you back on stage or in crowd form so you’re ready to dive headlong into the crazy summer to come.

Tune in to rehearsal tactics, soundcheck tips, setup details and more – plus, Natch, a smorgasboard of all the best gear you’ll need to pull off any show, no matter what. Be it modular extravaganza, stripped power trio frenzy or pumping DJ ensemble.

Bookmark this page now and check back tomorrow for all of this and more.