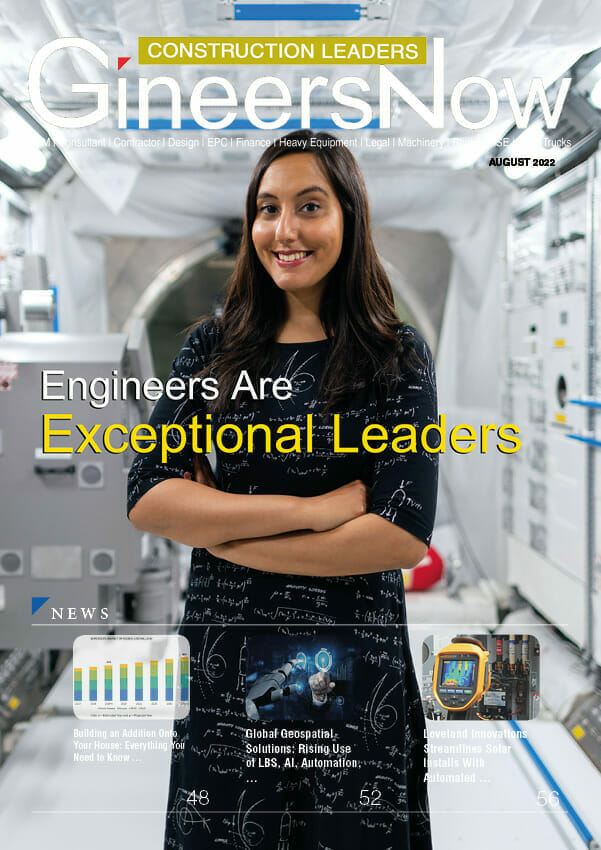 LeadingCompany research shows that CEOs of Australia’s 50 largest companies are just as likely to be engineers because they are business or economics majors. But engineering talent is not exclusive to Australian mining giants.

Getting to the top of the corporate ladder often starts with a strong engineering backgroundfollowed by an MBA from a top management school.

Watch the CEOs of Fortune 500 companies

Microsoft CEO Satya Nadella is a computer scientist and engineer. The same goes for Mary Barra, CEO of General Motors, and Amazon CEO Jeff Bezos. Even among Fortune 500 CEOs, engineering has traditionally been the most common undergraduate degree. Even the founder and executive chairman of the World Economic Forum, Klaus Schwab, has a doctorate in engineering.

For what are the reasons why engineers become CEOs? Does it have to do with the fact that engineers, at first glance, look like a good candidate for the position of CEO? If so, how, why and when does this happen?

There have been some problems with the image of engineering despite its long and illustrious past – think Thomas Edison, John Frank Stevens and Henry Ford. In addition to their technical prowess, engineers typically exhibit a variety of socially acceptable characteristics who make their boards fall in love with them.

Attention to detail, problem solving, numeracy, risk management and analysis are just some of the skills that engineers have in common.

For those who lack the emotional intelligence and soft skills needed to succeed in management, training programs can help them develop these qualities to help them succeed in their new roles.

Why do engineers choose to leave their professional careers to join the ranks of executives? A online survey of 1,280 senior executives engineering degree holders revealed that the most common reason for promotion was money.

Despite the fact that engineering is one of the most financially lucrative careers, many of the engineers turned CEOs respondents observed that lawyers and bankers earn several times more than engineers.

It is a fact that the monetary value of professionals is not always directly proportional to their contribution to society (The nursing professioneducators and NGOs are valuable contributors, but they earn less than investment bankers, for example). And it seems that money is a major factor in people’s decision to become managers.

A good place to start

Some engineers said they changed their specialty after realizing that a standard the job of engineer no longer met their needs. However, many have decided that they never really wanted to be an engineer to begin with.

High performing students in many countries, especially in developing countries, are expected to enroll in medical or engineering programs.

It is often thought that it is much more difficult to take medical or technical courses than to take courses in the humanities and social sciences. Some of the executives interviewed acknowledged that since engineers historically have one of the lowest unemployment rates of any profession, they have long been considered a safe bet for students looking to get their foot in the door. their chosen field.

Disillusionment with the harsh working conditions of engineers was another factor cited in seeking management positions.

Life for engineers, it seems, is not as idyllic as they had hoped; for others, it was simply a shift in focus from a fascination with the mechanics of things to a sense of self-worth or a desire to make a difference.

A distinction between “their method” and the “wrong method”

One of the survey’s startling findings is that, contrary to popular belief, most CEOs don’t get to the top of their jobs by accident. Engineering Achievements and Technical Qualities are frequently used to elevate Engineers rather than their managerial skills.

This method has the unfortunate side effect of encouraging engineers to believe that there is only one way to do things and that it is “the other (wrong) way”. Thus, engineers who become CEOs tend to be bad delegators who want to micromanage.

Engineers are often considered to be among the most exceptional leaders in the workforce. There are many reasons for this, but three main reasons are their ability to think logically, their attention to detail, and their willingness to take calculated risks.

First, engineers have strong problem solving skills that allow them to think logically and see the big picture. They can also accurately assess risk and make sound decisions under pressure.

Second, engineers have a the sense of detail and they are not afraid of hard work.

Engineers are great leaders because they solve problems. They have one unique way of thinking it allows them to see the world in terms of how things work and how they can be fixed. This ability to identify and solve problems is what makes them great leaders.

Finally, engineers are creative thinkers. This allows them to offer innovative solutions to problems that others might not have thought of. This combination of skills and traits makes engineers excellent leaders who can successfully take on tough challenges and get the job done.

Engineers are great leaders because they are analytical thinkers. They can break a problem down into smaller pieces and then come up with a solution.

Engineers often have a systems thinking approach allowing them to see the big picture and see how all the parts work together.

This way of thinking is very useful when it comes to leading a team or an organization.

Engineers are also good at solving problemswhich is another important skill for a leader.

They are detail-oriented people who can see the big picture and all the intricate pieces within it. As a result, they are able to offer creative solutions to complex problems and track projects from start to finish.

Moreover, due to their analytical minds, the engineers are also good at troubleshooting, which comes in handy when things don’t go as planned. In short, engineers make great leaders because they have the ability to think critically and creatively while being able to focus on the small details.

Engineers have a systems approach

Engineers are great leaders because they have a systems approach. Systems thinking is the ability to see the world as a series of interconnected systems.

When you have a systems thinking mindset, you can see how everything is connected and how changes in one area can affect other areas. This way of thinking is extremely beneficial for leaders because it allows them to see the big picture and make connections that others might not see.

Engineers also tend to be analytical and logical thinkers. They are able to break down complex problems into smaller pieces and come up with step-by-step solutions. This skill set is also beneficial for leaders, who often have to make quick decisions in difficult situations.

Finally, engineers are good problem solvers. When something goes wrong, they don’t give up – they find a way to fix it.

Engineers are creative and innovative (Engineers Are Great Leaders)

Engineers are great leaders because they are creative and innovative.

They can see beyond the status quo and go off the beaten track find new solutions to problems. This creativity and innovation This is what makes them good leaders because they can come up with new ideas and strategies that can help their team or business succeed.

Engineers also have a strong technical backgroundwhich allows them to understand complex systems and problems. This knowledge and understanding is also useful when it comes to leading a team or a company.

Finally, engineers are generally analytical and detail-oriented, which helps them solve problems and make decisions. All these qualities make Great leaders engineersand why they are often in high demand for leadership positions.

Conclusion: why engineers are great leaders

Not all engineers are suitable for management positions. For many excellent engineers, achieving a leadership position is simply not a goal. Given the huge percentage of corporate psychopaths in the C-Suite, that’s not necessarily a negative thing. Psychopathic traits seem to be less prevalent among traditional engineers than previously thought. At least that’s until they become CEOs.

In conclusion, engineers make great leaders because of their problem-solving skills, their ability to think logically, and their engineering background. If you are looking for a leader who can solve difficult problems and think logically, an engineer is the ideal choice. If you’re an engineer looking to become a leader, there are plenty of opportunities for you. The world needs more engineers who are also great leaders!

Click below to read the magazine: Engineers are great leaders 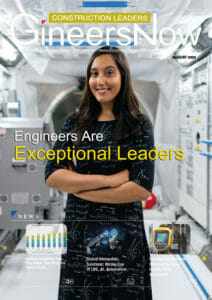 Click here to read on Yumpu: Engineers are great leaders