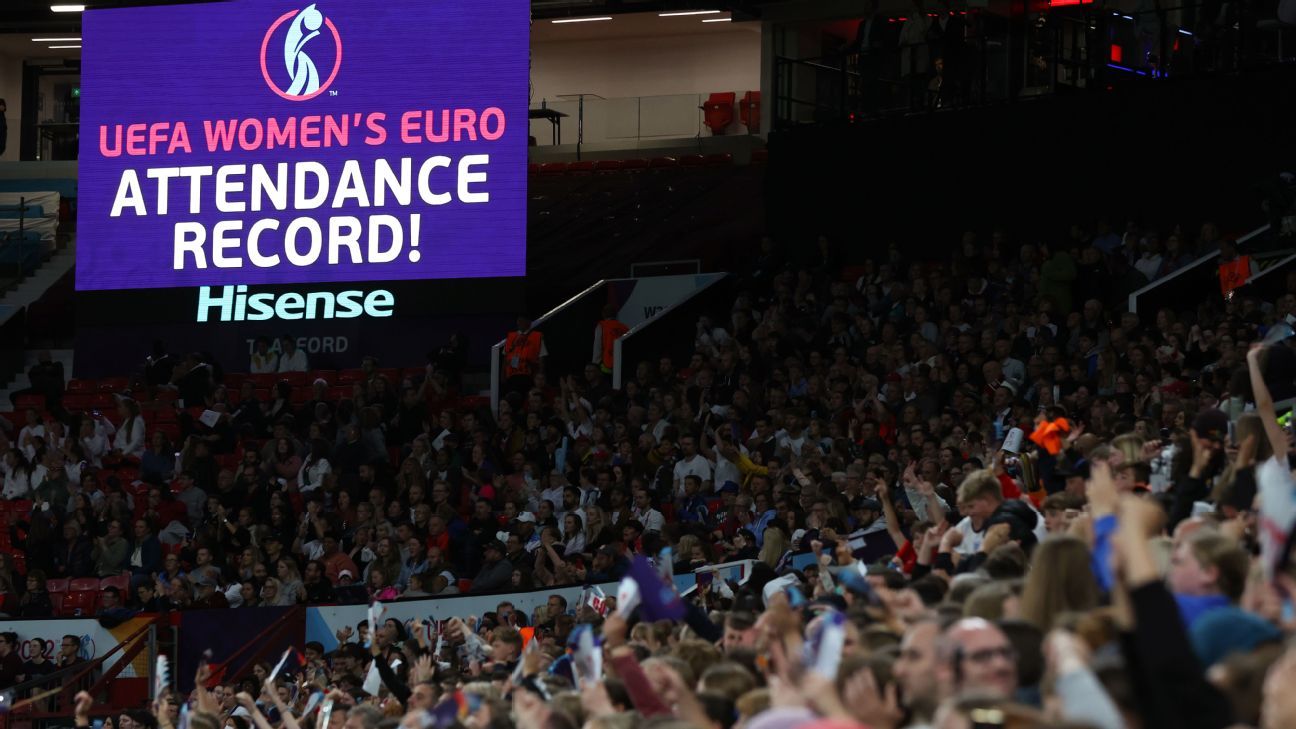 MANCHESTER, England – Georgia Stanway has called on England fans to keep making “the noise” to “shake up” the opposition as they look to build on their 1-0 opening night win over England. Austria at the 2022 European Championships.

The match at Old Trafford was played in front of a record crowd for a Women’s Euro game, with 68,871 fans cheering on England. Stanway was named player of the match for an impressive performance in the middle of the park, as Beth Mead scored the winner for England in the 16th minute to give Sarina Wiegman’s side a key win to kick off their campaign.

And after the game, Stanway called on the England faithful to continue supporting the team.

“We need it every game,” Stanway said. “Bring the noise. He can shake the opposition!”

“We had a lot of noise behind us,” Wiegman said. “I hope they keep coming and they will because we sold out the tickets.”

The noise was such that Stanway said it was difficult to hear instructions from the bench, which Leah Williamson also spoke about after the game.

“What an occasion,” Williamson told the BBC. “The fans came out. We connected well. It was a good start to the tournament. Three points is all I care about.

“It was pretty special. I didn’t know what to expect. We understood it very well. I kept my eyes closed during the national anthem. If I had watched mum, I would have started to cry, if I had gotten too involved. I kept him at bay.

“It’s noisy. Communication gets harder. Sometimes it gets in the way, but I’d take it any day. There was a great vibe.”

For England, it was essential to start their campaign successfully. Wiegman described aspects of their performance as “sloppy”, but said the win was the most important result of Wednesday night’s game in what she called “mature”.

“We were a bit rushed in the final third,” Wiegman said. “We created a lot of chances but that finishing touch, we can do better. We kept them at 1-0 which was good and we got three points. [But] we lost the ball too quickly. They wanted to push for such a rush goal and they really had to keep the ball. We haven’t done it well enough. We were calm in the last minutes and kept the ball longer.

Wiegman made a surprise pick in the build-up by opting to start skipper Williamson at centre-back alongside Millie Bright, having played Williamson for much of his tenure in midfield. The call meant that Alex Greenwood was absent.

“It was a very tough decision,” Wiegman said. “We tried a few things and in the end I picked the four backs that came out today. Leah Williamson, Alex Greenwood and Rachel Daly have all played a lot this season. They all bring different things and they’re all good.”