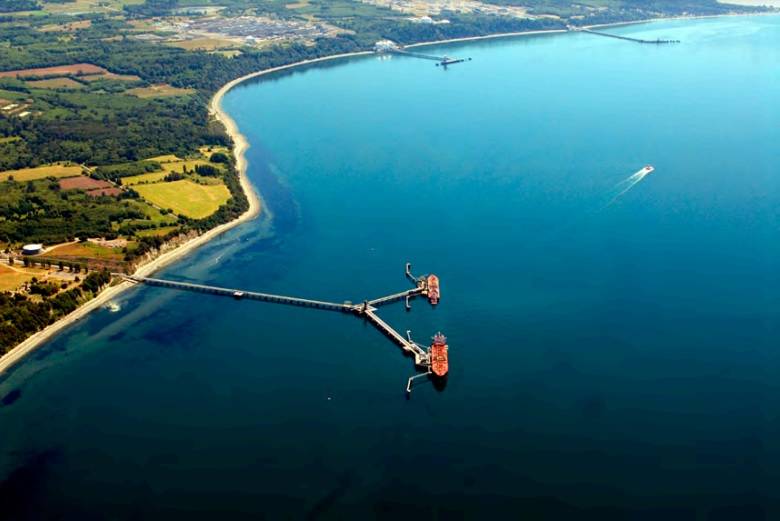 The US Army Corps of Engineers has released the Final Environmental Impact Statement for the North Wing of BP Cherry Point Marine Terminal, which is located near Ferndale, Washington. The availability notice was published today in the Federal Register by the Environmental Protection Agency.

The final EIS examines the incremental environmental effects associated with the operation of the North Wing of the BP Cherry Point Marine Terminal, the risk of potential accidents and oil spills in part of Puget Sound, the effect of extended escorts for vessels in transit to and from the terminal, and the effect of the closure of a shipping route between Cherry Point and Padilla Bay.

Three alternatives were analyzed: the Proposed Action, the No Action Alternative and Alternative A. The proposed action is to amend the existing permit authorizing the construction and operation of the North Wing as necessary to comply applicable laws and regulations and to defend the public interest. The no-action alternative would deny permission by revoking the existing permit. This alternative may require the removal of the previously licensed structure from United States waters or may simply require the structure to cease to be used. Option A would leave the permit in place as issued, with no additional conditions or restrictions.

USACE was instructed by the Ninth Circuit Court of Appeals in 2005 to conduct an EIA taking into account the impacts of reasonably foreseeable increases in shipping traffic due to the addition of the North Wing. The scoping phase was initiated in 2006. After conducting two long-term marine traffic studies, USACE released the draft EIS in 2014 for public review. The final EIS is now released following the completion of Endangered Species Act consultation with NOAA Fisheries and the US Fish and Wildlife Service.

The purpose of the EIA is to provide decision makers and the public with information on the additional environmental risks, primarily due to vessel traffic, associated with the operation of the North Wing of the BP Cherry Point Marine Terminal.

USACE’s Magnuson Amendment Determination will be released with its Department of the Army clearance decision, which will be detailed in the Record of Decision. The stated purpose of Congress in enacting the Magnuson Amendment was to restrict tanker traffic in order to protect Puget Sound from environmental harm. The ROD will also address tribal treaty rights.

The ROD can be issued no earlier than 30 days from the publication of this final EIA. The timing of the permit decision will be primarily based on the conclusion of tribal consultation.