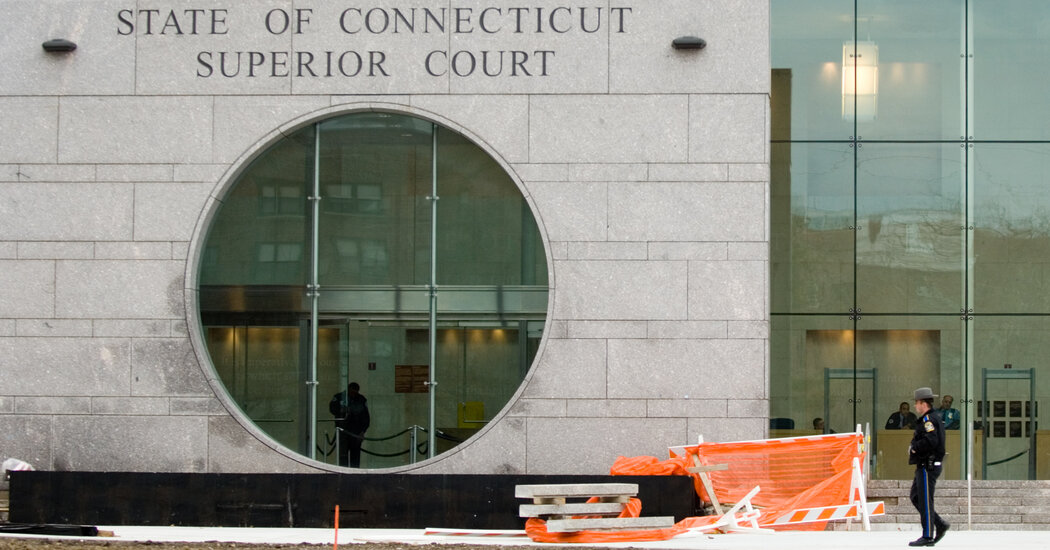 Eugene J. Riccio, attorney for one of the victims, said in an email Friday that his client appreciated the court’s decision to protect privacy. And Audrey A. Felsen, who is representing another victim, said the sealing order had nothing to do with the accused — it was a matter of victims’ rights.

Lawyers for the other victims, who authorities say were also photographed by Ms Palmer, declined to comment or did not respond to messages.

Just over a month after her initial arrest, Ms Palmer was arrested a second time for breaching certain conditions of her temporary release, according to court records, which did not specify what those breaches were. As part of Ms Palmer’s plea deal, prosecutors agreed to drop the charge associated with her second arrest.

Connecticut’s Division of Criminal Justice, which oversees state prosecutors, did not immediately respond to a request for comment Thursday.

In December, Dr. Jerome F. Brodlie, 83, a psychologist specializing in the treatment of children and adolescents and affiliated with Greenwich Hospital, was arrested in connection with the case, authorities said. He was charged with failing to report the abuse, neglect or injury of a child or the imminent risk of serious harm to a child, a misdemeanor.

Court records show that Ms Palmer applied in October for an accelerated pre-trial rehabilitation program, a route usually reserved for first-time offenders in lower-level criminal cases to avoid a prison sentence. She then withdrew her request and agreed in January to plead guilty to three counts of voyeurism and one count of risk of injury to a minor, as well as register as a sex offender.