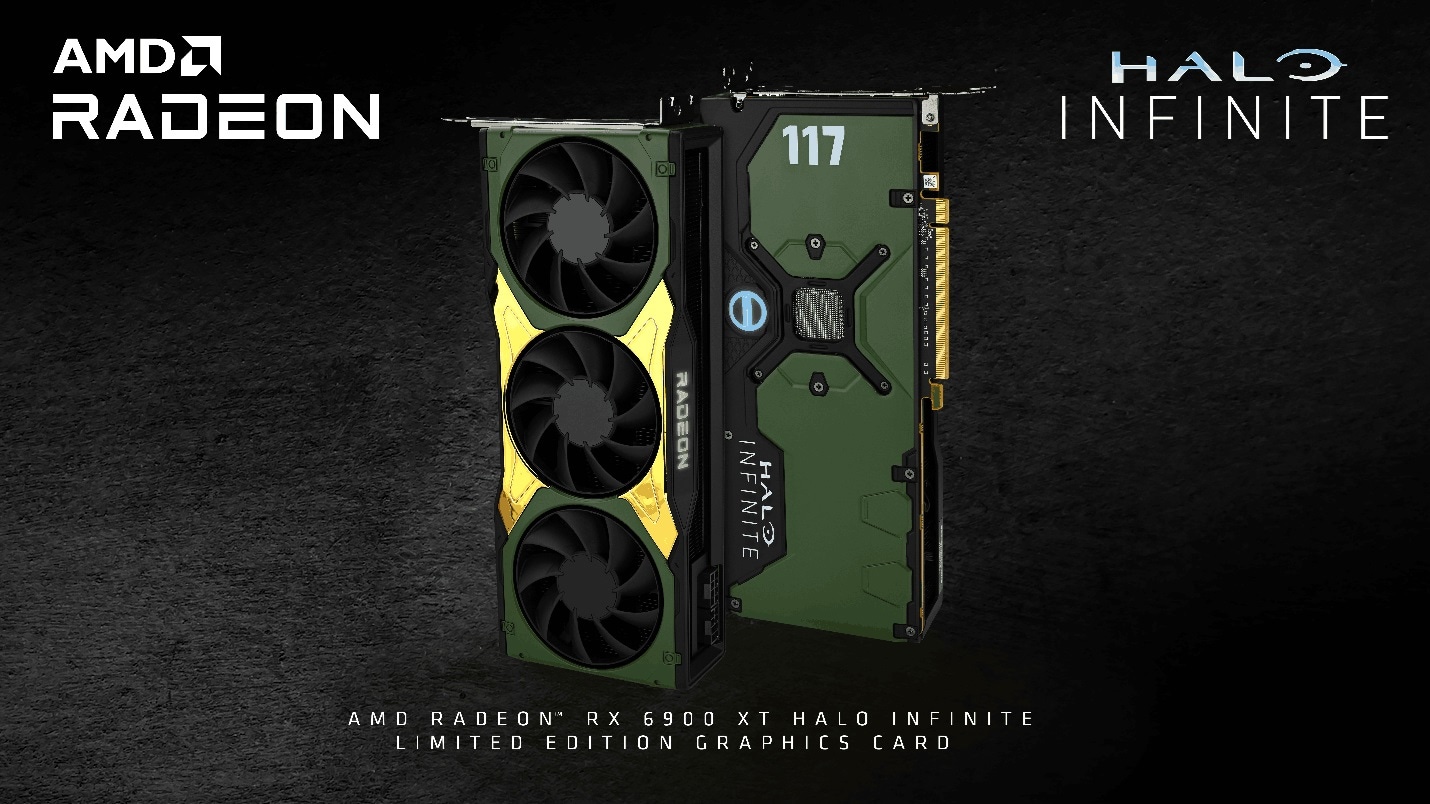 343 Industries has released a huge amount of information about Halo Infinite on PC, detailing graphics, resolution, anti-cheat, cross-play, a limited edition graphics card, and more.
Halo Infinite will be the first game in the series to launch simultaneously on Xbox consoles and Windows PCs, day and date. 343 Industries presented the PC details today with a deep dive into the options that will be available to PC gamers when Halo Infinite launches on December 8. It won’t be a simple port either, due to the team that built the PC optimizations from the ground up, which Mike Romero, senior manager of software engineering at 343 Industries, says: â€œWe want to get out. from the door, as immediately, with the best settings options we could have in the settings menus, from control options, graphics options, audio options, [and] accessibility options.

It looks like the team is doing just that, with the ability to set custom maximum and minimum frame rates, the use of sliders for advanced settings options, and field-of-view adjustment options. Numerous settings menus have also been added to the console version of the game, so players on Xbox Series X | S and Xbox One will be able to access options that are not typically seen on a console game. Rayvtracing won’t be in-game on launch day, but a partnership with AMD means ray tracing is on the cards as a post-launch update. The team seems to have spent a lot of time making sure that Halo Infinite performs equally well on every aspect ratio size: 16: 9, 21: 9, and 32: 9. Making sure the game runs smoothly in ultra-wide and super-ultra-wide has been a priority for 343i, right down to the cutscenes, menus, and gameplay. There are options to place the mini-map further into the screen, as no one wants to look through the other side of a 49-inch super ultra-wide monitor. Or maybe you do? You can have it wherever you want. Other PC-centric customization options include the ability to use triple key combinations, weapon shift control, and the ability to host LAN parties that PCs and consoles in your household can connect to.

â€œWe want the experience to be as interoperable as possible,â€ says Xhavar Strothers, chief quality engineer for PC. â€œSo you should be able to play how you want, when you want to play, and it should work. Halo Infinite is launching on Xbox Series X | S, Xbox One, Microsoft Store, Xbox Game Pass, Xbox Game Pass for PC, and Steam, and the team has been working to ensure cross-play is as compatible as possible. In fact, Halo Infinite supports cross-play, cross-progression, and cross-save, so no matter where you load the game up, you’ll pick up right where you left off. Now, of course, the idea of â€‹â€‹mixing console and PC gamers raises some questions regarding cheating, which 343 Industries has attempted to counter with non-intrusive anti-cheat software. â€œWe made a commitment from the outset not to have complex DRM, or anything that could hinder a player’s ability to play the way they want,â€ says Michael Vankuipers, Senior Software Engineer. â€œWe want to respect the privacy of players, especially the privacy of legitimate players, don’t we? “

A pretty cool feature of the game is the ability to invite your friends to your game no matter where they are playing. The cross-platform invite is not locked to the Xbox ecosystem; it’s expanding to Steam and even Discord. Halo Infinite is definitely an end-to-end cross-platform game.

Outside of gaming, 343i has partnered with Razer and AMD to deliver an expanded experience for gamers. We’ve already covered the Razer peripherals that are now available, but the partnership also covers Razer’s Chroma RGB lighting. All Razer customers, not just those who own the Halo Infinite product line, will benefit from Chroma integrations. Certain in-game events will trigger a lighting experience on your devices, lighting up your playing area with the game.

The partnership with AMD gave birth to the AMD Radeon RX 6900 XT Halo Infinite Limited Edition graphics card. It took two years for the partnership to give birth to this flagship Halo Infinite-themed graphics card, inspired by Master Chief’s Mjolnir armor. The card features the call sign 117 Spartan, an iridium gold reflective border, and Cortana blue light that is a subtle nod to the AI â€‹â€‹slot on the back of the leader’s helmet. The graphics card won’t go on sale – take that, scalpers – and instead will be distributed in various unspecified ways over the next few weeks. Keep an eye on Halo and AMD Radeon Twitter accounts for the chance to get your hands on a map.

Which system are you going to switch to Halo Infinite with on December 8th? Let us know below!

Pre-market actions: WeWork is finally made public. Many things have changed