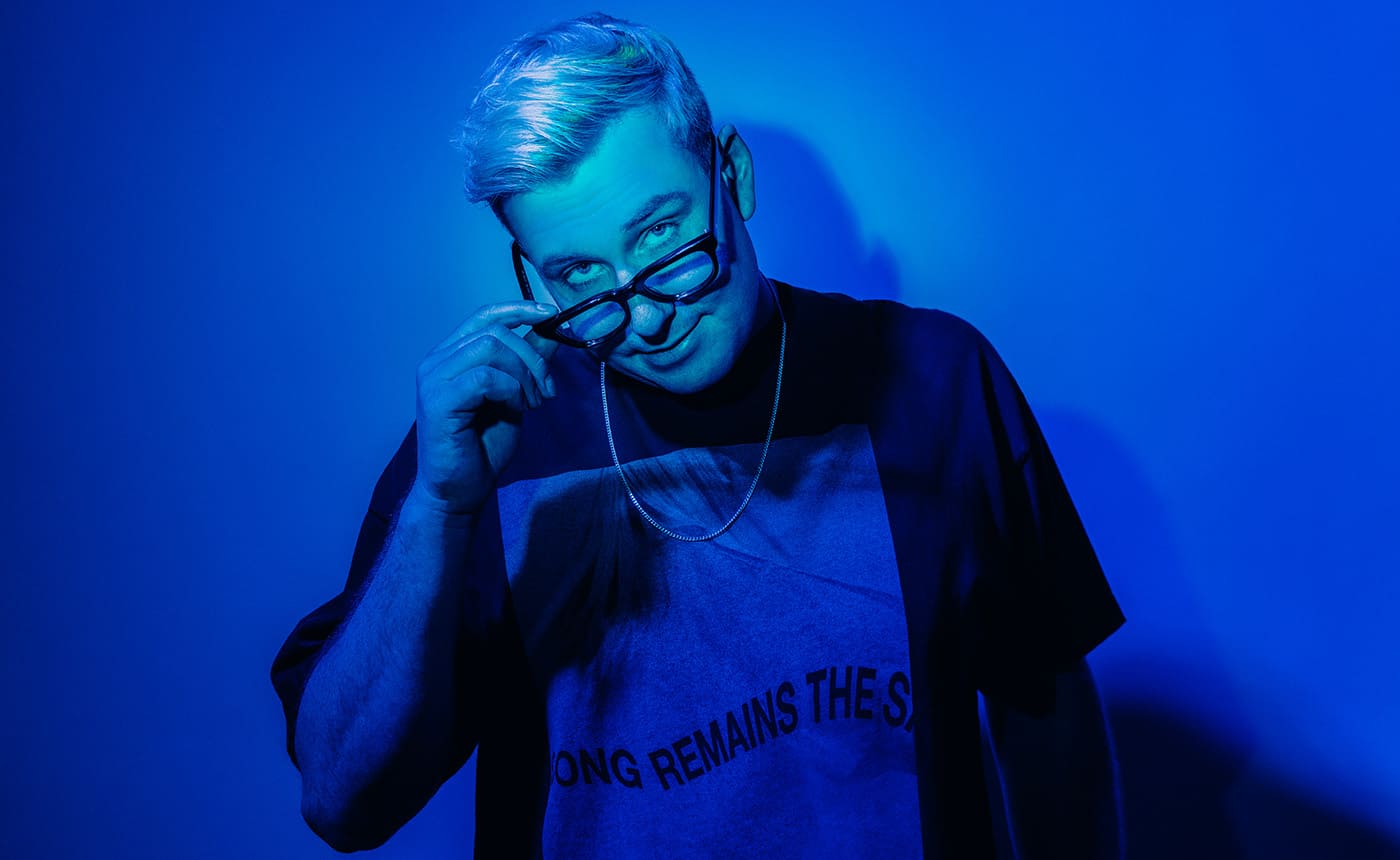 We Rave You are thrilled to present the third edition of our House Music Essentials spotlighting top house music producers riding their own waves in the music industry. An eclectic production gift and a true legend of the house music scene, we’re happy to include Dr. Fresch this month after his recent energetic set at Longhorn Lounge in beautiful British Columbia.

Whenever we’re feeling a little off and need the perfect remedy of bass-house, mid-tempo, electro blog house, and more, Dr. Fresch is always there to save the day. Whether it’s launching classics or unreleased gems at festivals such as Shambhala and touring around the gauntlet, Dr. Fresch is definitely an OG in the game when it comes to his utmost dedication to his craft while having his arms open to support and mentor many other artists. When one thinks of the future and evolution of house music, Dr. Fresch immediately comes to mind as he has mastered his craft to make listeners lose control of their minds and bodies as they become one with his experimental production style. We Rave You are excited to present the third edition of our House Music Essentials and dig a little deeper with Dr. Fresch on his most recent collaboration with Marten Horger for “Free my mind”.

After playing a legendary set at Longhorn Lounge which was undeniably rocking from start to finish. Dr. Fresch was fully engaged with the crowd, playing his tracks such as the unreleased VIP of “Take A Step Back” and of course his grimy remix of “Gangsta Gangsta” to keep us going all evening. The crowd was full of energy as the house music connoisseur worked his magic and initiated the groove with one of my personal favorite collaborations from the king himself and JEWEL for “Kung Fu”. The sheer excitement and joy of returning to Whistler BC could be felt a mile away for his flagship show as he shares:

“It feels good to be back. Whistler has been a special place for me, my girlfriend and our friends for years. I’m also a big snowboarder so even off season this place is a special place in my heart I was also playing Maxx Fish Nightclub four years ago I got to see the opposite side of the equation which was peak summer time so now they have extended that and have a huge schedule at Longhorn. I’m thrilled! Holiday weekend and we finally have the weather here in Canada for those who don’t know. It’s arrived late and it’s sunny right now. Wait a minute+. Whistler has a lot of exports too Many of the staff and people who live in Whistler are from Australia, New Zealand and England. There’s actually a very eclectic taste here. They bring like UK garage and DNB to Whistler. Vancouver also represents a lot of what I talked about on a very focused level. There are people who want the mix of North American and British sounds and that’s something I like to do in my sets. It makes me very excited for Whistler.

A true natural to bless his fanbase with his OG tracks and flush those unreleased tracks we all need in our lives. For anyone who knows Dr. Fresch, he is all about the community and supports artists wherever he can. With its own imprint Home visit records constantly seeking to broaden its horizons and spotlight the best and brightest house music producers in the industry, changing the game one electrifying beat at a time. House Call Records is a family of like-minded producers who are revolutionizing the music industry, one eclectic release at a time. Sharing his motto behind the globally recognized imprint, Dr. Fresch shares:

“Energetic and eclectic dance music is the phrase I recently started using for our motto. One thing we’ve seen over the last decade is that a lot of labels have come together around a sound. Such as Dirtbird, Night Bass and Confession which still work very well. When I started building House Call during the pandemic, what I saw with the shift in music consumption was through DSPs and people honing in with artists and their individual take on the genre and their his. Also how different each artist becomes. Where five years ago, in my old label, the main mission was to cultivate something new. I found that I did it better because I go from bass-house to mid-tempo myself. I try to find everything in between. I admire people like Zeds Dead for that reason where I’m bass-house and they’re dubstep but we’re both experimenting with other aspects of the genres. With House Call we look for artists with very unique sounds and try to showcase them, like Corrupt UK who have come on the scene with a bang. If you plan to take your career from hobby to career, produce whatever you like and get closer with it. When you get to that moment of contemplating your career, start thinking about how your sound will differ from everyone else’s. The competition is fierce, so combine your favorite musical elements and customize them. Be consistent and release it.

A true pioneer of the growing house movement, Dr. Fresch also staged his own takeover of House Call Records at this year’s Shambhala Music Festival. Invite artists and his personal friends such as BIJOU, Blossom, Corrupt UK and Marten Hørger for an epic 6am matinee at the legendary Fractal forest. Let us tell you, it was truly impeccable. The audio production, the visuals and, of course, most importantly, all the good vibes from the crowd were one of a kind for a truly unforgettable morning of haunting house music. Recalling the takeover, Dr. Fresch shares:

“It was a proud moment. Fun, wild and exceeded expectations. The most important thing for me was that the idea took shape before COVID in December 2019. I was talking to Rich from Fractal and at that time , it was one of the first times to organize festival lineups. It took a while to come to fruition. Then I got all the artists I wanted and it worked perfectly. Which made me so happy in the end is how many people there at 6 a.m. You have your all night haters and early risers but there were so many House Call fans.

This is what a family photo looks like at 7am 😂

THANK YOU SHAMBHALA! Our very first @housecallrecs The takeover was amazing. Thanks for @JEWEL @MARTENHORGER @blossomdj_ @corruptmusicuk for bringing Fractal Forest to life with me, this is just the beginning 🙂

With Dr. Fresch and Marten Hørger joining forces once again for an epic collaboration on “Free My Mind”. This one is a dance floor heater as they prescribe the ultimate dose of vibrant frequencies and bass undertones alongside seductive vocals creating a strong buildup of emotion. With a grimy bass line, these performers switch up the level to keep us dancing on the dance floor all night long. Absolutely killing this collab in the best possible way, the caption shares:

“That and ‘Take A Step Back’ were digital and we did it on the internet. But the basis of ‘Free My Mind’ is that we didn’t want to recreate our last track, but the one thing we wanted to keep consistent was just a ridiculous buildup. On top of that, we wanted it to be a call and response. He was writing one part and I was doing the other because that’s what worked last time. So we started to doing this ridiculous buildup and Marten found the voice and then we just started playing and bringing it to life and we did pretty well on the internet and I can’t wait to sit down with it and see what happened past (laughs). We didn’t want to rewrite ‘Take A Step Back’ but we wanted to do something new and take notes on what worked in the arrangement. I think it’s a huge thing in the bass-house right now, whoever can have the craziest arrangement. hit2 doing a great job right now. Surprise people. That’s what they want to hear.

With Dr. Fresch always on the next wave in the music industry, he exclusively shares:

“I’m going to work on an EP that I haven’t started but I’m taking solo retreats this fall to do it. I want to go back to a multitrack project. Probably not album size but will definitely be 5-7 tracks. I want to tell a story and I want to come up with an album. I feel like I’m not ready for the album but I think I have a vision for it. This EP will be a test for what the album should be. I have a few things to do, like VIP for Take A Step Back soon and collaborating with FETISH on “Banga” by home call. FETISH is an artist who also does bass-house and mid-tempo and I identify with him on this level. It’s a very cool mix of our styles and much darker and deeper. For House Call, the goal for the next year is to launch as many takeovers as possible. We definitely try to travel to your cities and organize festivals, outdoor events and as much as possible.

Be sure to stay tuned to Dr. Fresch here as he continues to revolutionize the music industry and be sure to witness a House Call Records takeover in a city near you.

HOME VISIT AT THE PALLADIUM AFTERMOVIE