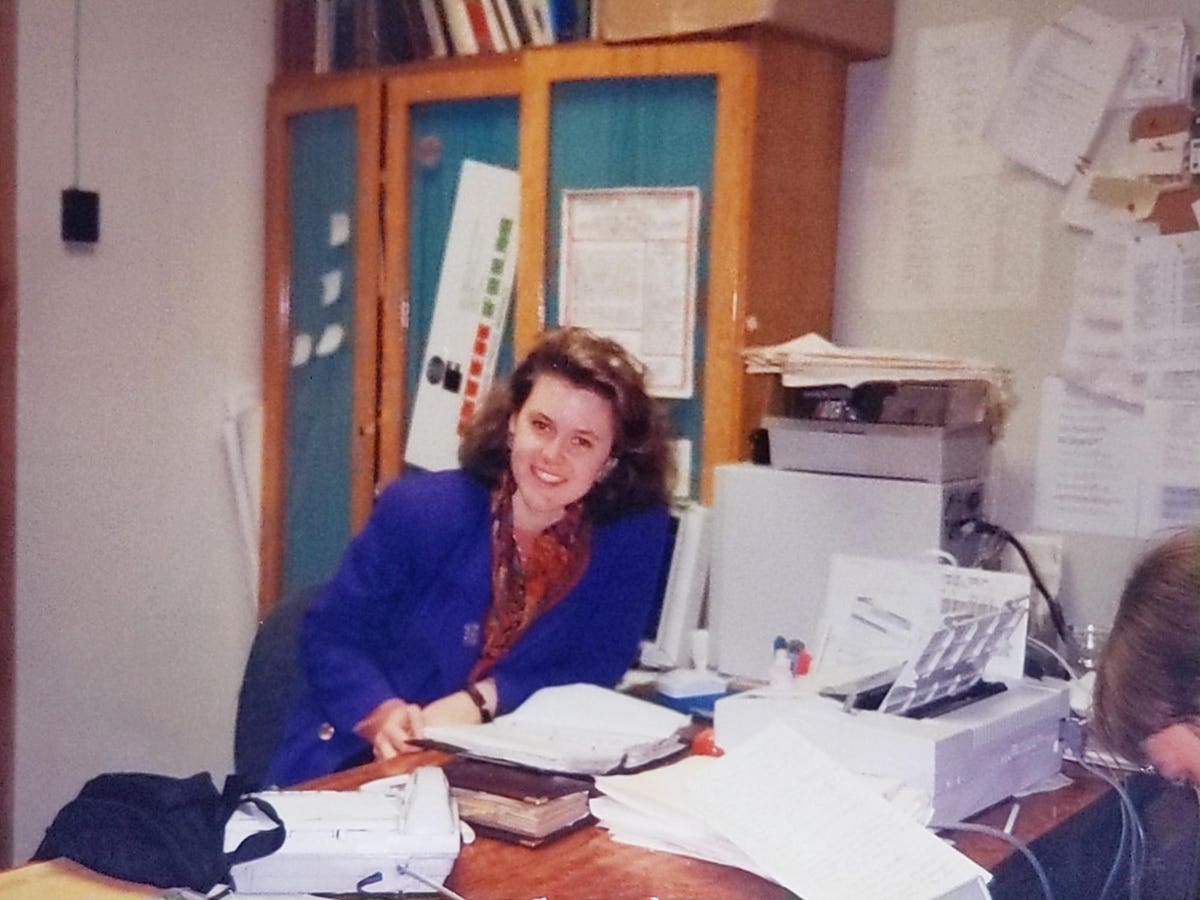 LOOK Katya Soldak’s conversation with Dora Chomiak about the creation of media networks in Ukraine during the post-Soviet 1990s.

(To listen to the full interview with President Razom Dora chomiak, and listen to more in-depth analysis and anecdotes on Ukrainian media – or to see other conversations with entrepreneurs, cultural figures and businessmen who have experienced the transition from socialism to capitalism in the European socialist bloc – follow my latest podcast series, From socialism to capitalism)

Getting real news out was difficult, if not impossible, in the USSR. As the Soviet Union disintegrated in the early 1990s, things didn’t get much easier for the newly independent republics that made up the old empire.

For activists of the day like Dora Chomiak – who founded the national news agency UNIAN in Ukraine in 1992 – releasing information meant technical aid and practical technology. “We brought together journalists who weren’t working on state television – producers, editors and sound engineers – and we created something that was basically a weekly news program that we broadcast across the country. on tape, ”she explains. The tapes would be broadcast in one city and then transported by train to another, where they would also be broadcast. And so on, and so on. “This is how we created this network of television channels.

Chomiak now runs Razom, a non-profit, Ukraine-focused leadership development organization that she founded in 2014. For her, this is a re-immersion in the Ukrainian cause after a 17-year career in American companies working in marketing and product development for the media. and financial institutions, following its earlier development work in Ukraine in the 1990s.

Fighting for Ukraine was, in a sense, like coming home for Chomiak, who represents a true mix of Ukrainian and American cultures. Born in New York to Ukrainian immigrant parents, she spent much of her formative years growing up outside Washington, DC, in a home where her parents, grandparents, and siblings all spoke Ukrainian. She spent one day a week in a Ukrainian school and attended the Ukrainian church on Sundays. The rest of her world was as all-American as an apple pie.

Chomiak first visited Ukraine in 1989, at the age of 19, as part of a Ukrainian language exchange program through Princeton University. Once there, she experienced dramatic culture shock, coming face to face with Soviet life as the USSR was just beginning to crumble. “It was the similarity of the Soviet experience” that struck her, Chomiak explains, looking back. “It wasn’t just that people had a sweater that they wore all the time – which they did; you had a sweater and a pair of shoes and that was it – but also the way people behaved. People wouldn’t smile, necessarily. You would never show your teeth.

Lack of purchasable goods, long queues in stores, every restaurant offering the exact same menu, ubiquitous propaganda slogans, the ubiquitous hammer and sickle image, and the faces of Lenin and other notable Russians still looking out from the city walls – it was mind blowing for a young woman raised in the United States. “It was the ‘evil empire,’ says Chomiak. “I grew up with Reagan as president. It was the cold war.

Chomiak, inspired by her experience in her motherland, became involved in her cause both before and immediately after Ukraine declared independence from the USSR in 1991. She served in the Soros International Renaissance Foundation before founding International Media Center, which provided Ukraine’s first non-governmental news broadcasts, and UNIAN, a national news agency. She has also established and directed programs that have supported the development of non-governmental media organizations throughout Central and Eastern Europe through the Open Society Institute.

“It was exciting,” Chomiak recalls. “When you’re 19, 20, 21, you want to make a difference, you want a change, and here it is. You see people change and that was a great place at that time in my life. “

A slow but important evolution came as innovation became less of a taboo and those who had potential but were stifled by the Soviet state’s administrative repressions began to respond to new opportunities, she said. “You had this country run by a group of middle managers where all the decisions were made elsewhere – this boring blandness. And then, as things start to change, you have this period where there are no rules. “

These days, Chomiak’s Razom strives to connect those who support Ukraine while developing leadership and entrepreneurship programs. She sees an optimism, a sense of empowerment and inspiration in young Ukrainians who are missed by an older generation that still sees the government as solely responsible for unilaterally settling all the woes of the nation. “When I work with people in their twenties and thirties there’s a lot more of an innovative, tech-savvy mindset, ‘I’m going to solve this problem,’ she explains. “It’s one of the biggest changes after the Dignity Revolution – after Euro Maidan – this feeling of ‘I’m in it. I have to fix this. It is not someone else’s responsibility.

Turn up the volume: Brands, are you listening to audio trends?