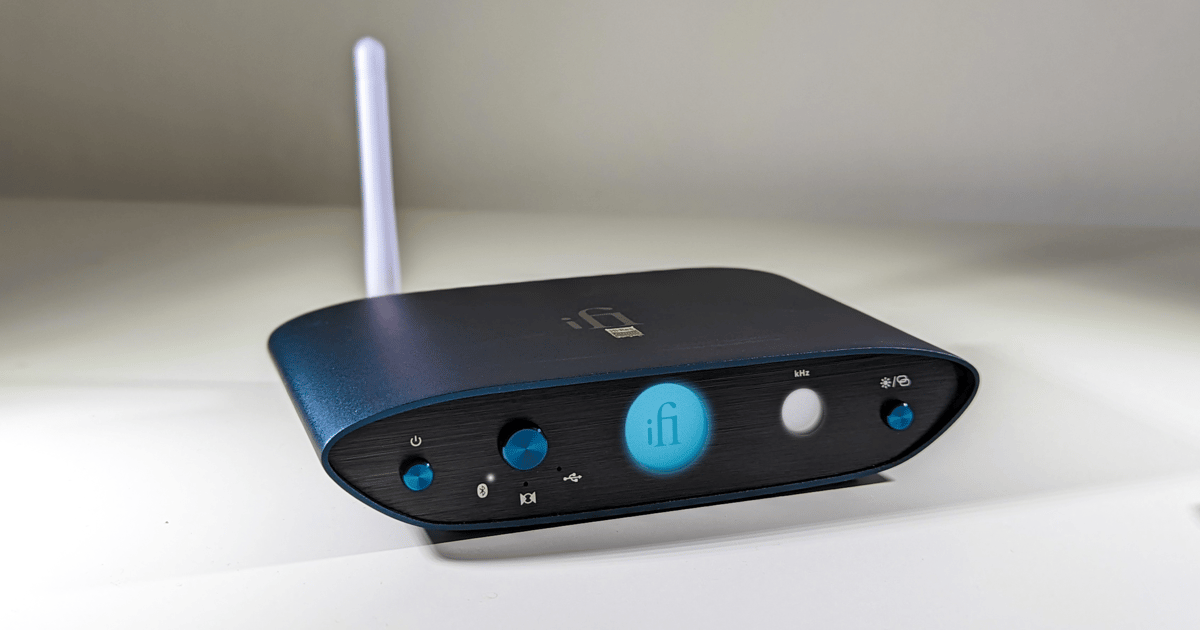 Music lovers hoping to enjoy hi-res audio from a smartphone might well find that the conversion circuitry inside just isn’t up to the task. UK audio specialist iFi’s Zen One Signature DAC was designed to remedy this.

A digital to analog converter basically does what its name suggests, converting a digital input signal to an analog output signal. Many of our devices already contain one, including the laptop I’m using to write this preview, my portable audio player I listen to, and even my smartphone.

But the DACs in these devices can be basic, which means that if you like your digital music at the highest possible resolution, you’ll probably need the help of dedicated conversion hardware. This is precisely what the Zen One Signature is designed to deliver.

The new Zen features the same DAC stage as the award-winning Zen DAC V2, which means a Burr-Brown chipset with built-in MQA decoder that also supports PCM format playback at up to 32-bit/384kHz resolution. as native DSD256. And thanks to the chip’s four-channel design, PCM and DSD are routed to separate lanes for “bit-perfect” performance.

To this audio cocktail, iFi has added optical and coaxial S/PDIF and USB Type-B inputs, with an optimized 16-bit XMOS chip processing audio data from these inputs for full PCM resolution over USB and sample rate up to up to 192 kHz. over S/PDIF.

The Zen One Signature has also been treated to the Bluetooth 5.1 technology found in the Blue V2 model, with support for high resolution streaming thanks to aptX Adaptive, aptX HD, LDAC and HWA/LHDC codecs.

The Signature part of the equation ensures that “every element of its circuitry is designed for pure performance”. This results in high-end components such as Panasonic OS-CDN and Elna Silmic II capacitors, Vishay MELF resistors and short signal paths. The unit also comes with an ultra-low noise DC power supply, although it can be powered via USB from the device it is connected to.

Wrapped in a blue-tinted aluminum case, the new Zen toggles control buttons on the front panel to change input sources as well as LEDs that display in different colors to represent audio format and sample rate. The panel around the back sports RCA outputs and 4.4mm balanced outputs, as well as the various inputs already mentioned.

Where some members of the iFi family include an amplification stage, this model will not need to act as a quality enhancement bridge between the digital audio input and the signal output via a hi-fi amplifier in the living room, active speakers in the living room or the headphone amplifier on the home office.

Developed as an audio hub for smartphones, tablets, PCs, laptops, audio servers, TVs and game consoles, the Zen One Signature is on sale now for a recommended retail price of US$349.