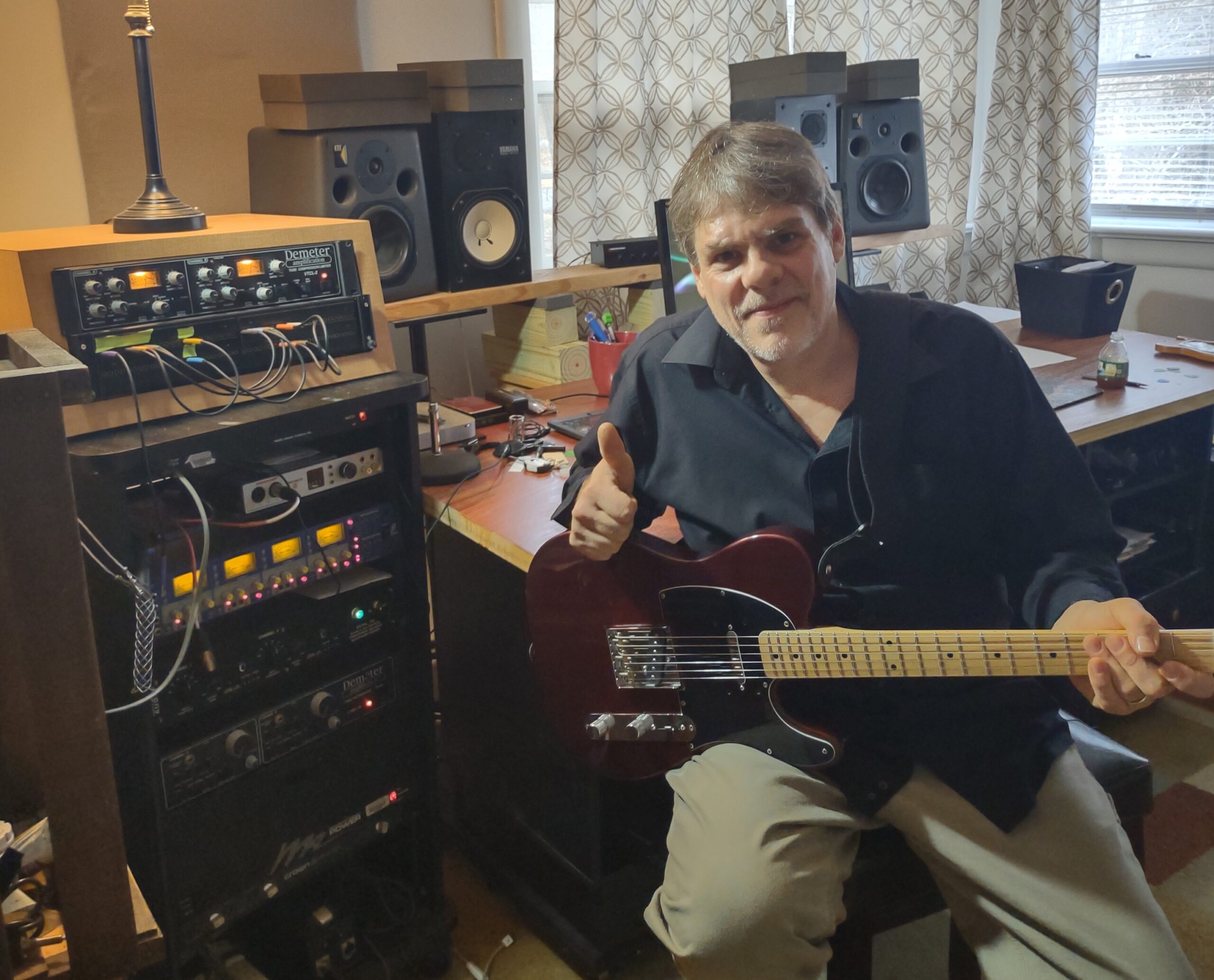 GLENVILLE – While it’s always a great time to chat with singers/songwriters and bands, sometimes – especially for this author – it’s great to get a behind-the-scenes view of the production side of the music industry and the people involved in it. During the week, I not only had the chance to sit down with Rob Ignazio – some of his resumes absolutely blew me away – but I also got to see his studio! To catch the interview and get an idea of ​​what gearheads like me thrive on, as far as discussions and interests go, keep reading below!

Lucas Garrett: Thank you, Rob, for sitting down to speak today! Why don’t you tell us a bit about yourself?

Rob Ignazio: Well, I grew up in South Glens Falls. In 1990 I moved to Cambridge, Massachusetts, where a few other friends of mine lived. And, right away, I got a job at a professional audio company, selling and designing recording studios. In the first, I moved there! I thought it was a music store! It was basically these sales offices.

RI: I worked there for a few years and backed some great engineers – Bruce Hornsby’s recording session was my first session. I would set up microphones and ashtrays and all that. Then I opened my own studio in Cambridge and played guitar in various bands; put me through Harvard Extension. Anyone can go to Harvard Extension – don’t let me fool you.

There’s a big studio in Acton, MA called Wellspring Sound. I worked there for many years. I recorded people from Berklee; celebrities; not-so-famous people, and everyone in between. I also developed the music curriculum for a few Massachusetts community colleges that is still taught today.

When the recession hit, I closed my personal studio, sold all my gear, and continued to work for the other two. Then I moved to LA temporarily – for about six months. I worked at Ocean Way. Big studio there – set up microphones for Lyle Lovett sessions…

RI: …Brian Setzer sessions… Now Lyle Lovett’s camp and I are friends because his fiddle player, Warren Hood – Warren Hood’s dad was Lyle’s guitar player and I met Warren when he was at Berklee . I met my wife in 2015 at the Adirondack Balloon Festival while visiting my mother. I was free and free from fantasy and moved to the Albany area – to Glenville. Just as we were about to return to Boston, she found this house and, just like the awesome woman she is, said, “Honey, I think you can build a studio here!”

So people come from… I have clients in Boston and New York; they can stay here while they record. I really like! It’s a big drum room; it’s a great room for everything; groups can sit here. What I would really like to do is start something like Live from Daryl’s House – it could be Live from Rob’s House. I like to give people exposure, if I can!

I’m a big gear fan, as you can see! I spent an almost divorceable amount of money on equipment. Not quite, but almost! I’m a big fan of all mic preamps and tube gear – I came into the analog world. I came to splice the tape for the people, then the ADATs came; digital has arrived…

RI: Recently, five or maybe ten years ago, analog-to-digital converters got pretty good. It really comes down to a good mic preamplifier. A nice mic preamp from a Neve console, or a Focusrite, or a tube. As long as there’s good heat up front, it’s fine. Usually what I do when I’ve finished a project and before mastering – let’s say I’m going to do a mix for someone – is I ship it to Dave Minehan. Dave Minehan was in that band, The Neighborhoods. Back in his studio in Boston – where I still go a lot – he’ll take the final mix and put it on tape for me. If you put it on half-inch tape, you get a bit of that “analog glue”, which is what a lot of the big label types do these days.

RI: Do everything digital, but mix analog.

LG: Yes, I had the opportunity to work with analog compressors in the back-end of production. In my opinion, there is nothing better than that…

RI: That’s the problem. The digital EQ is pretty good but they still have no compression which is why one of my favorite compressors of all time – if you can find a used one let me know so I can buy it before you!

RI: … It’s the Demeter VTCL-2. Jim Demeter is a great friend to whom I sold and bought equipment. So, I configured my patchbays. When someone is doing vocals or bass or whatever, they go into the Neve or tube mic preamp, into the tube compressor – for a little kiss of tube-ness – and then they go into Pro Tools. A $1200 tube compressor is still worth it, compared to a $50 plugin.

LG: Some things you can’t beat…

RI: Sometimes it really is, as you know, it all comes down to the band. You can take a great band with a few shitty mics and make them sound great. You can take a bunch of shit and do whatever you can… You know…

I hired some locals for the last project I did.

LG: Let’s talk a bit about this project.

RI: I was recording this very popular blues band in Boston called the One Dime Band. I did all the basic stuff at David Minehan’s studio, The Wooly Mammoth. I hired Donna Tritico to sing the backing vocals. Do you know Donna?

Ri: They’re actually coming back to camp for a whole week – starting April 23rd – to record their second album. My band that I formed when I came here, Blue Marroon, is more of a bluesy band – but not too bluesy – with people like Niki Kaos on vocals, Steve Campito on keyboards, Jack Kelle on drums and Lou Alteri on the bass.

LG: You have heavyweights in this group!

LG: From our conversations, it looks like you’ve done a lot of bullshit! You really feel like you’re a musician’s musician.

RI: It depends on the day! You know?

RI: I just played, produced, recorded and chatted for many years.

LG: What are some of your favorite influences?

RI: My influences are, for early influences: Aerosmith, the Rolling Stones; great blues-based rock and roll. Even with the heavy metal guys, I preferred Cinderella and the Scorpions as opposed to the heavy, heavy stuff. The old Judas Priest albums were blues; old AC/DC albums – still can’t get that guitar sound!

RI: I love the blues. When I moved to Boston, I felt like I arrived in my fishbowl. It was blues, blues, blues. I lived just down the street from this club called Johnny D’s. I walked into a blues jam on a Sunday; three or four people were there. This girl in a pink dress with a blue guitar and a voice the size of the Grand Canyon blew my mind! And no one was there! I was trying to get people off the street to see this chick. She needed this bassist to replace some blues-jammy tracks. So, I was playing bass… It was Susan Tedeschi!

RI:? Lucas, it was like… here I am two weeks after moving there and it was really, really cool. Everyone was really, really nice. I worked with Ronnie Earl; I did sessions with Kim Wilson of the Fabulous Thunderbirds; I worked on J. Geils’ first jazz album. We were all sad when J passed away. I took advantage of the position I thought I was in to not only improve myself, but also to help promote the people around me, because I was surrounded by giants.

LG: You have done so much. There are so many people who think you need to be in the limelight, but you don’t.

LG: As we wrap this up, as someone who’s had a life and career in music, what advice would you give to someone who’s like, “You know what? I want to enter this industry.

LG: I could talk to you all day about this shit.

RI: One day we will! I appreciate that very much! Thanks for contacting us!

You can upload your personalized information, which includes audio recordings.