â€œIt’s by design, because people haven’t had Halloween at all in 2020,â€ Creative Director John Murdy said. â€œSo as we start doing this again, it’s almost like you have to serve comfort food. This is Michael Myers, with a side of Leatherface.â€

“For people who haven’t had Halloween, they want to come home and find out the things they love and remember.”

This led to Universal serving a range of Seven Mazes, including the return of The Walking Dead, The Exorcist, and The Curse of Pandora’s Box. The Texas Chainsaw Massacre and Halloween 4: The Return of Michael Myers are also joining the menu, along with the return of Terror Tram, this year with a Purge theme.

But two new concepts complete the horror assortment this year in Hollywood, and Murdy took me and a few other guest reporters on a behind-the-scenes tour of them yesterday. Let’s start with Netflix’s The Haunting of Hill House. 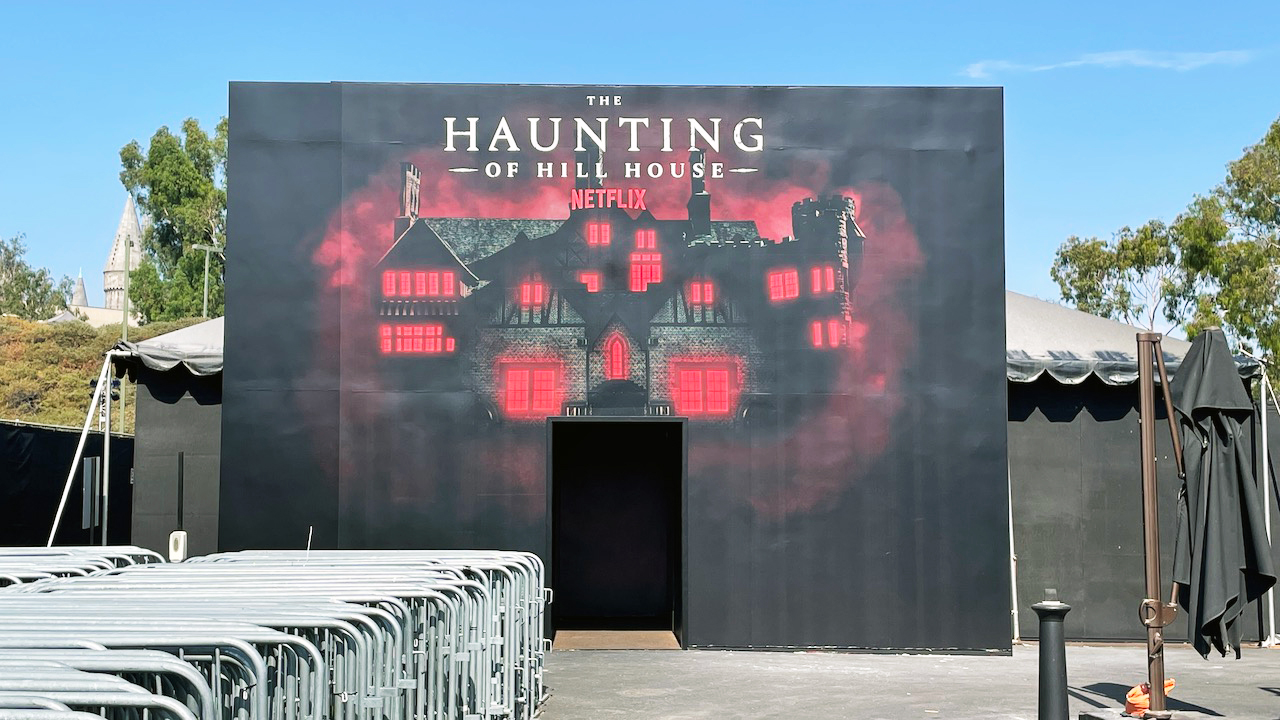 Universal Studios Hollywood has caught some online grief for this flat facade, while Universal Studios Florida in Orlando has built a textured entrance that looks more like the decaying mansion from the streaming service’s hit series. But, having walked through the maze now, I can assure you that the Hollywood maze feels like it is going through Hill House, with no blackout halls in sight.

Murdy said Haunting of The Haunting of Hill House creator Mike Flanagan endorsed the look of the Hollywood maze during his tour earlier this summer – the latest example in a long history of Murdy and his team working with filmmakers to bring their productions to life at the event.

â€œWhen you do a TV show or a movie, you are so isolated,â€ Murdy said. â€œYou’re on a set somewhere. You’re only surrounded by the people you’re doing it with. Maybe when you get to the premiere you get that common experience, but a premiere audience is pretty much the people who worked on the show and everyone associated with what the studio was like, so it’s not often that they discover their properties in a live setting where they can see real-time reactions from people react to what they created. That’s what they get in Horror Nights, so I think that’s why it’s so appealing. “

Thanks to all of this design cooperation, these Hill House walls look real – even displaying the same wallpaper pattern used in the show – don’t believe everything you see in a Horror Nights maze. . Many of the walls in Hill House are actually canvas, allowing the walls to disappear under the lighting of the show. The first of these effects will give visitors a first glimpse of the Bent-Neck Lady. 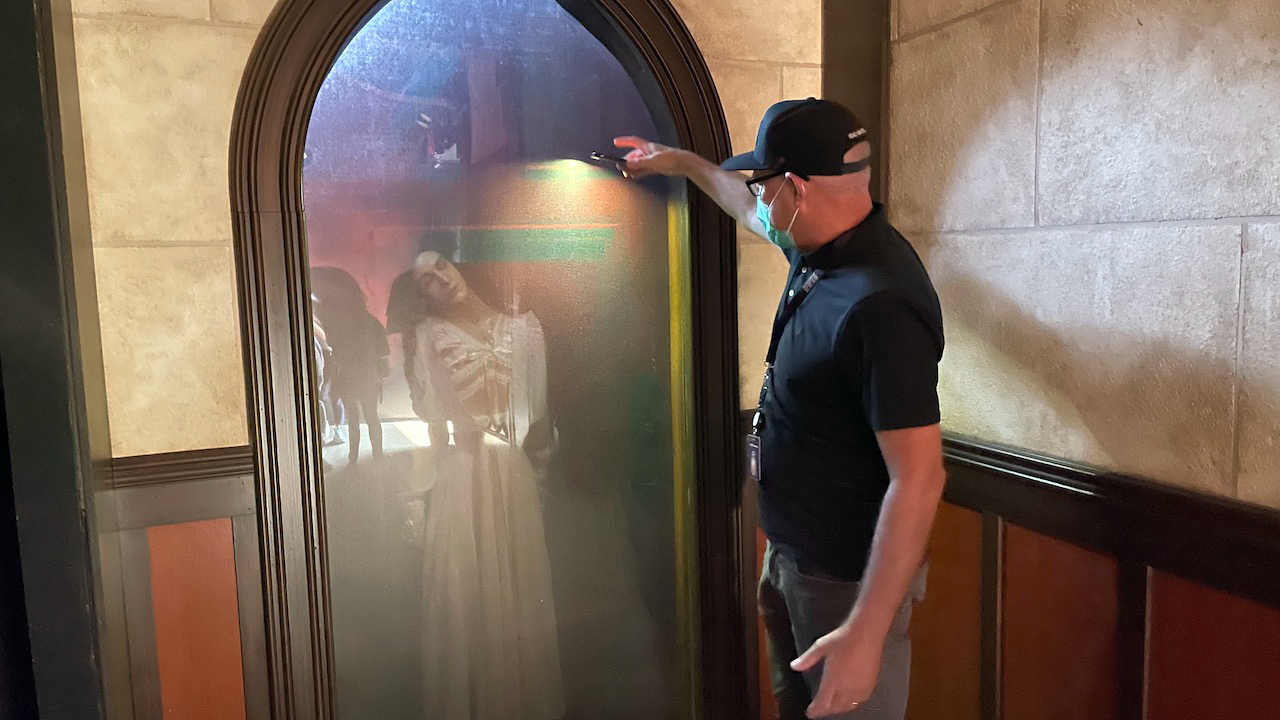 â€œWe kind of did a science project to figure out how do we get that aspect of that extremely broken neck, while still making it a live artist,â€ Murdy said. â€œSo our makeup artist came up with this figure that the actress actually wears, so it’s like a hybrid costume mask, but also has a dummy head. The actress herself actually wears like a black hood made of the exact same. material, that’s what’s behind it. So when we reveal that black hoodie disappears into the background and the way you light it up, we can get that extreme curvy neck look. “

Keep in mind that this was a guided tour of the construction, with no scarecrows, no show lighting, no audio, and no all the decorative effects. But a visit in daylight reveals the level of production detail that goes into a scene such as the Twin Room. 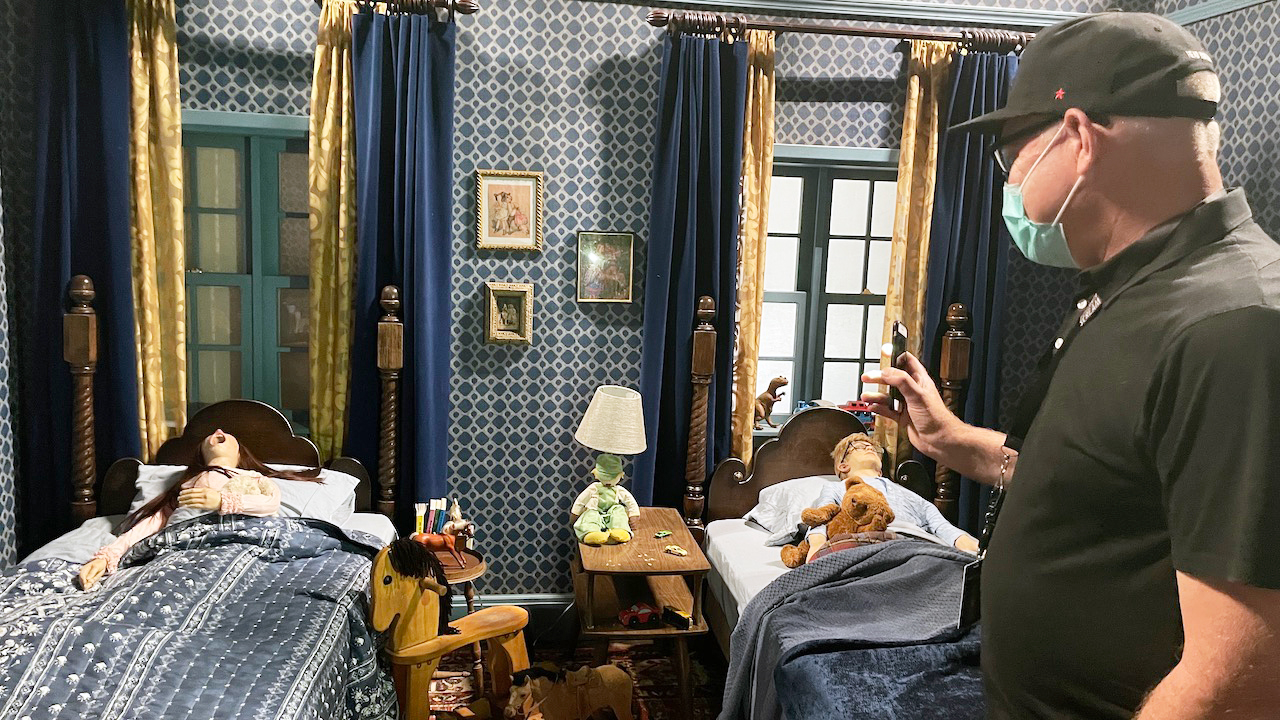 After this scene comes what might be the most complete example of an endangered wall in the labyrinth – an entire endangered hallway that reveals a scene from another time.

“What I really liked about what Mike did in his direction is you can be in the scene in the past, and they walk down a hallway in this continuous camera shot, then they turn the corner. , and then all of a sudden you’re in the present. You’re just flipping the times. So we wanted to replicate that somehow. “

A trip to Hill House’s basement will reveal another surprise, this one brought to life by puppets that visitors sometimes mistake for animatronics, but whose blackout performer can be seen more easily in daylight. 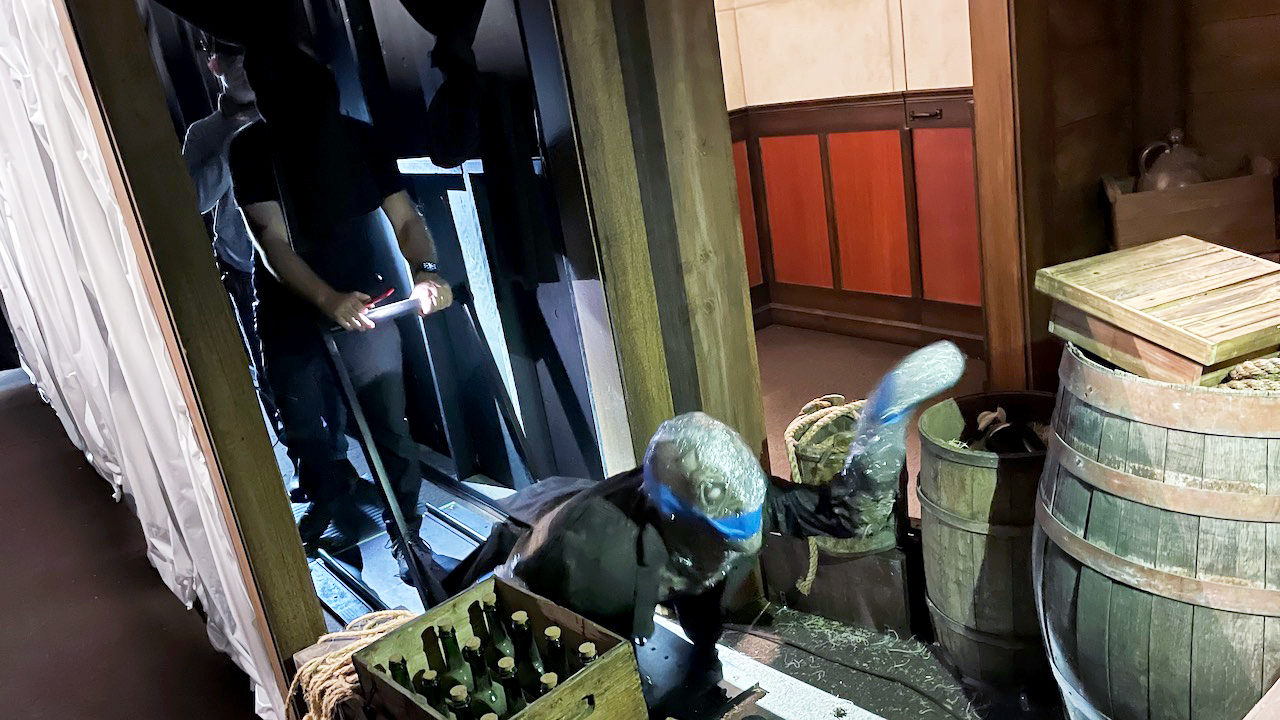 Then the maze takes us back to the red room for the deadly finale. 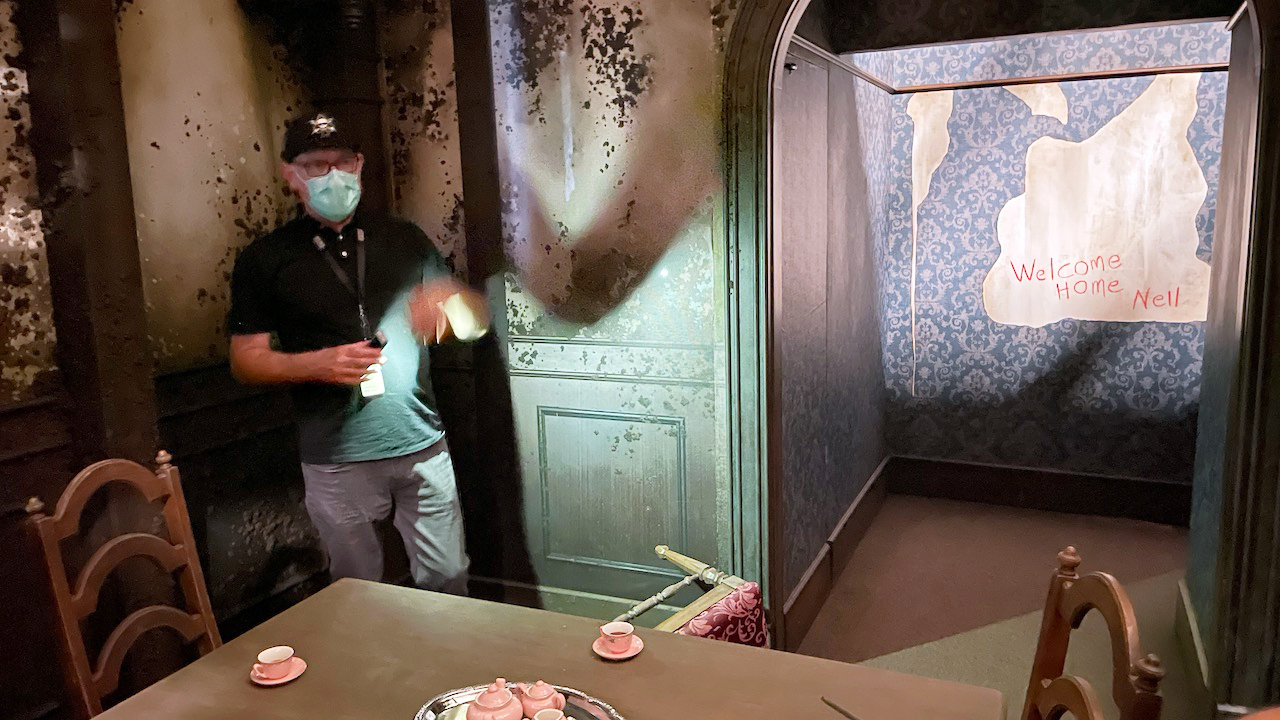 Yet behind those moldy walls lurk other hidden ghosts, waiting to be revealed by a dramatic light switch. 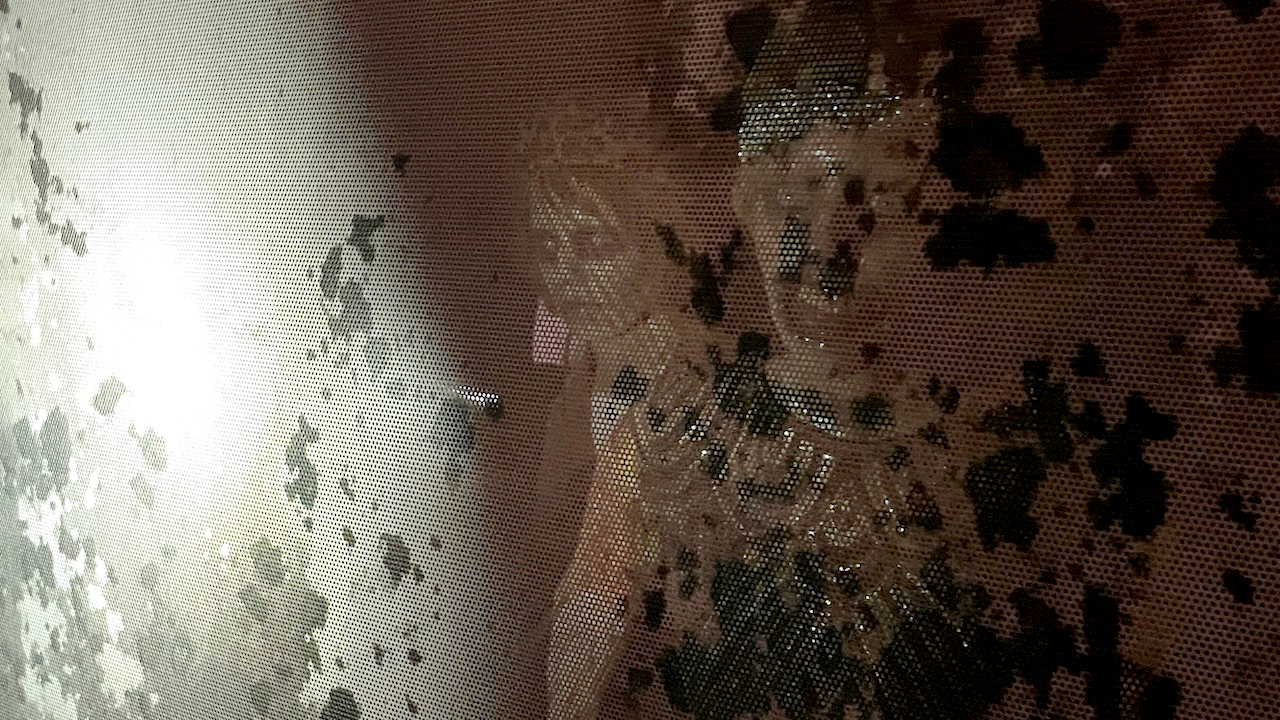 One of those post-final scares will involve an illusion of Pepper’s Ghost. If you’ve ever wanted to see how any of them work, I’ve taken a mirror photo that reveals both the source and the illusion. 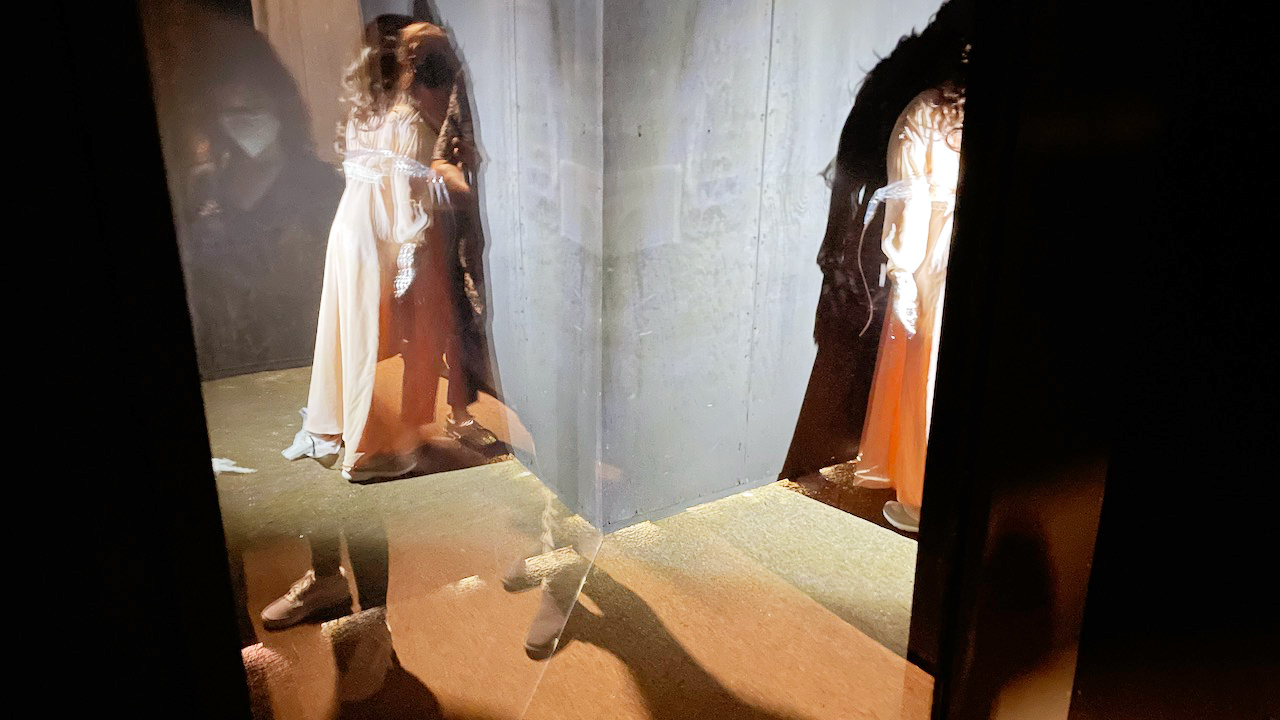 Of all the things I saw inside USH’s The Haunting of Hill House maze, one thing I saw no sign of was the clear vinyl dividers that Orlando is installing as Covid mitigation. In Hollywood, however, all guests will be required to wear masks inside the mazes, per Los Angeles County’s rules for wearing masks indoors. Park officials would offer nothing more than a ‘we comply with all LA County health guidelines’ mat when asked about specific Covid mitigation efforts on Halloween Horror Nights.

Murdy also introduced us to The Bride of Frankenstein Lives maze, which he detailed earlier during the Midsummer Scream Presents Awaken the Spirits event, so check out this article for the full recap. 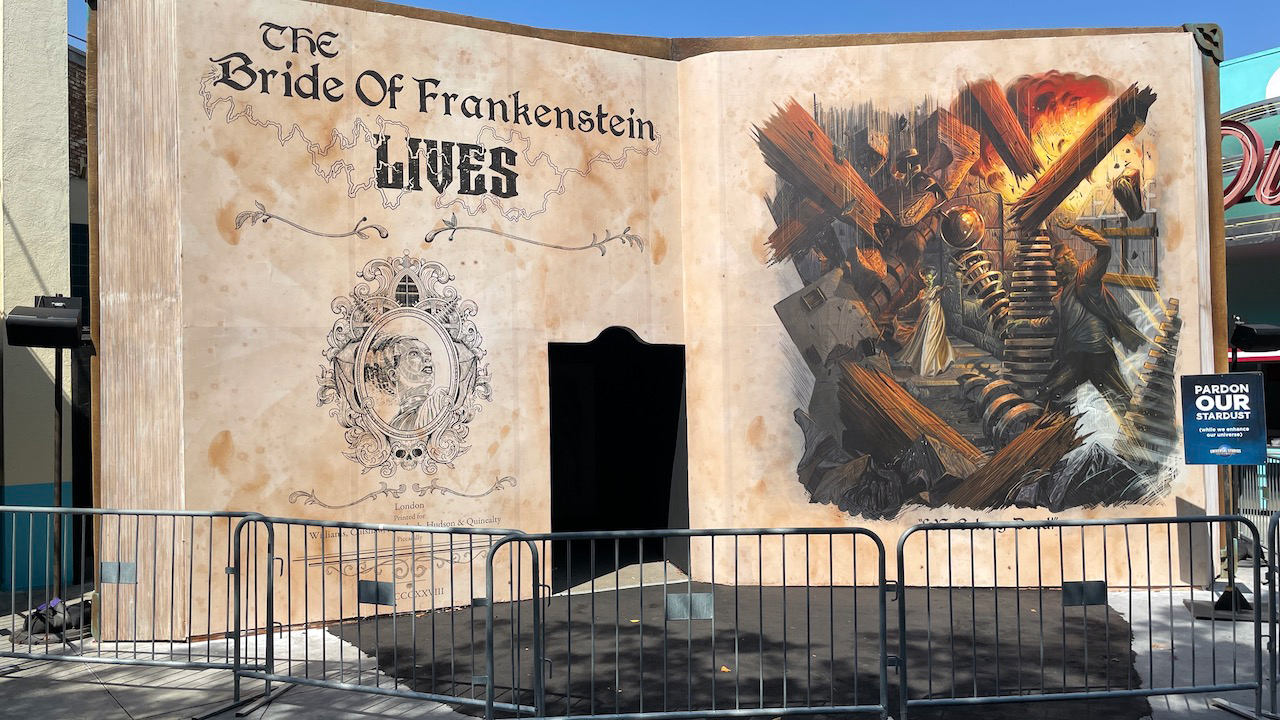 Guests will find blackout hallways, used to divide the “chapters” of this book of Gothic tales coming to life. The maze will also feature a vortex lighting effect in one of these hallways. But the scenes in the chapters themselves are richly detailed, starting with depictions of the injured monster. 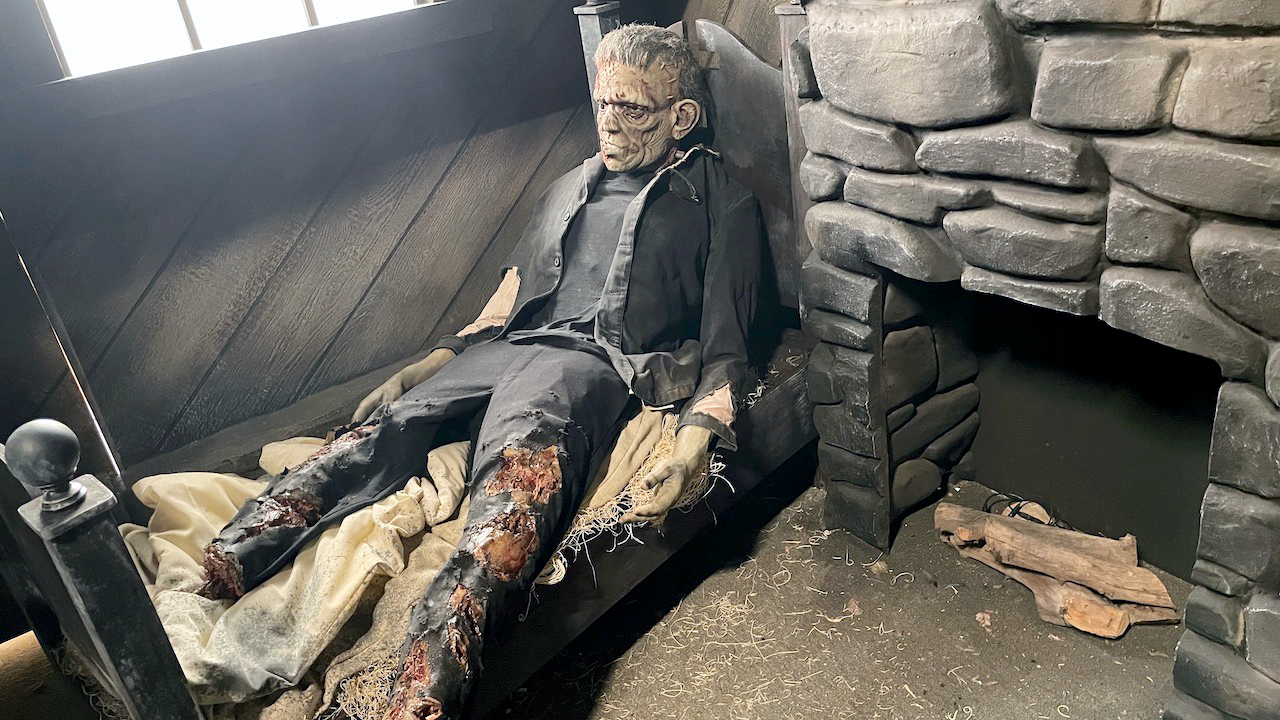 Murdy even re-enacted a moment when the bride will harvest blood from one of Dracula’s wives. 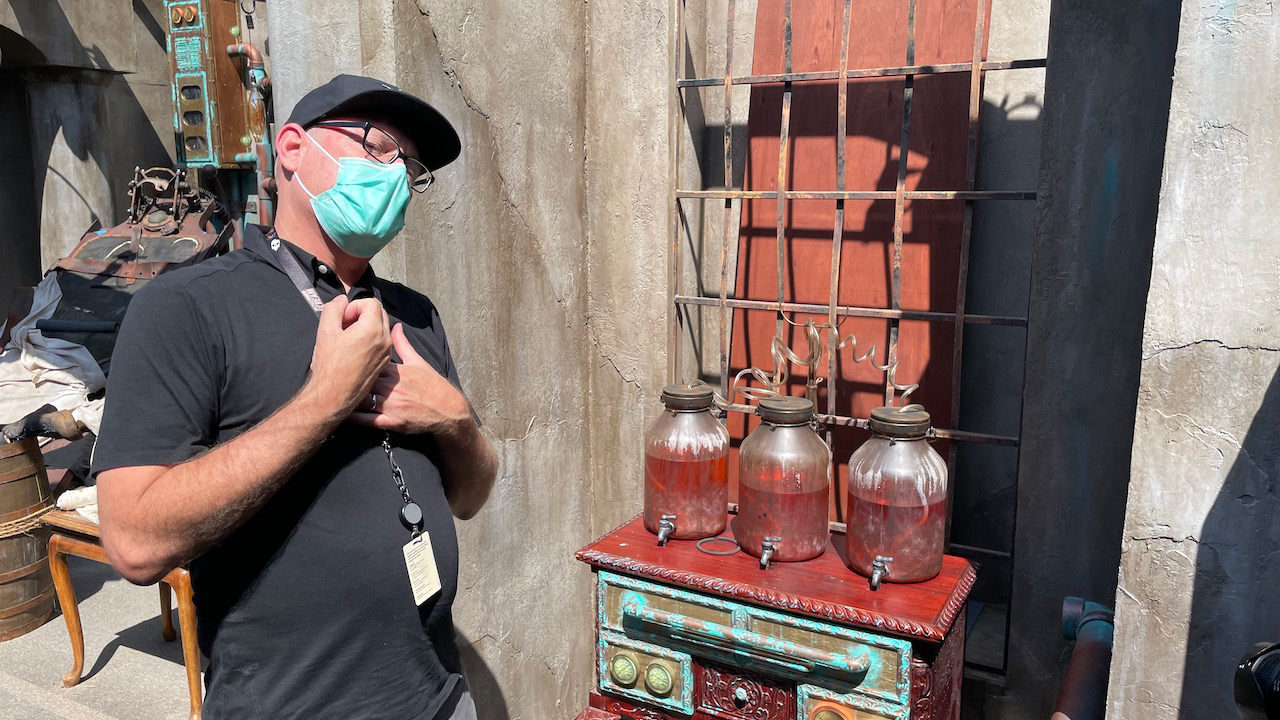 And it is here that the bride will take on the role of the doctor as she strives to bring her monster back to life. 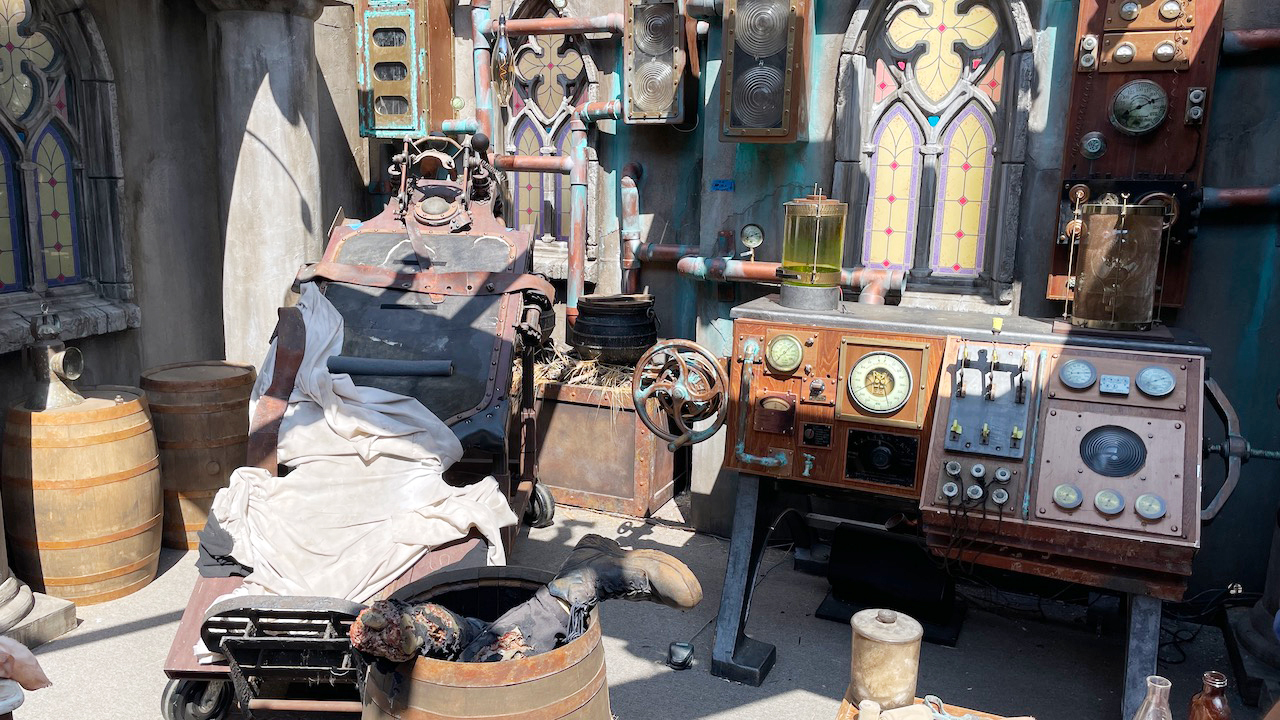 Again, there’s a lot more about this maze – and its adjacent fear zone themed on other female universal horror icons – in our Midsummer Scream cover.

* * *
We wanted you to read this article before we pitch our newsletter unlike so many other websites. If you enjoy this – and our approach to covering news on theme parks, travel and entertainment – please sign up for our free newsletter three times a week. Thank you.

Why are mixing and sound quality so important?