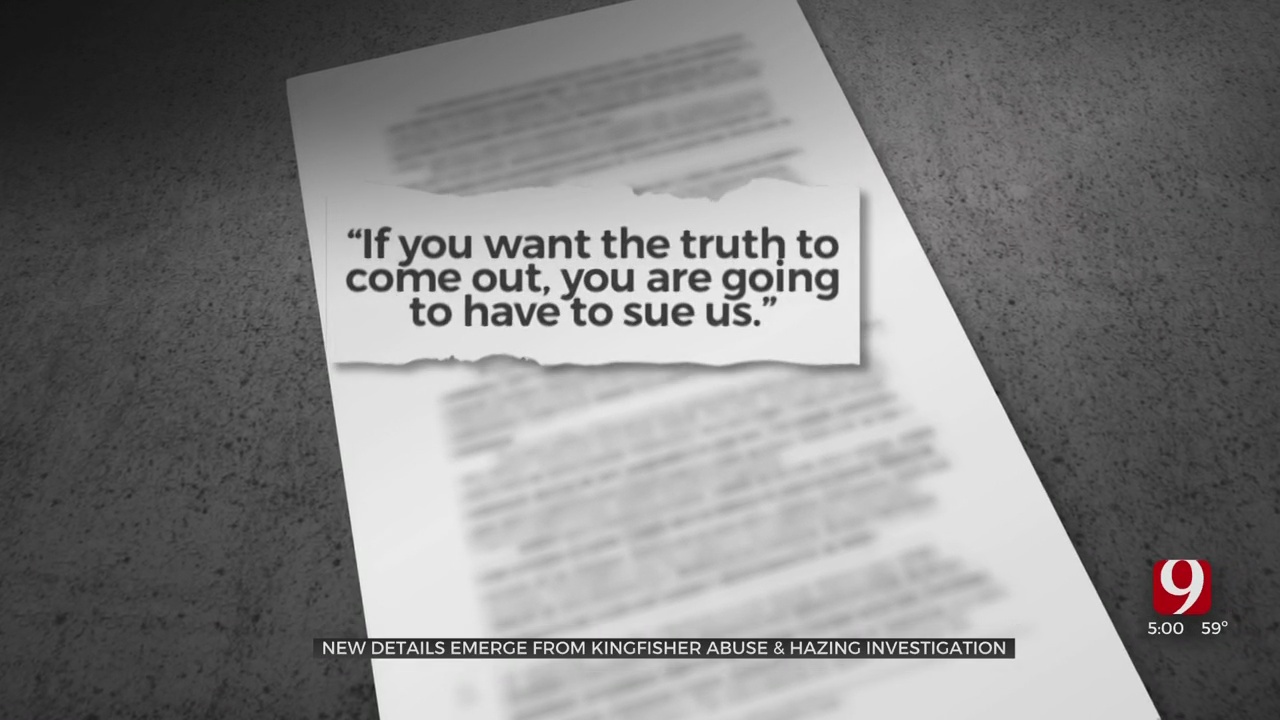 News 9 has obtained audio recordings of threats made against Kingfisher football players in the federal Title IX lawsuit alleging hazing and abuse, filed by John Doe No.

The former footballer, who is now suing the district and coaches over years of abuse, said in documents this week he was afraid of the consequences if he reported what was happening.

This audio was sent to a Snapchat group from the Kingfisher football team. News 9 is protecting the identities of those involved.

“[WITNESS] after i finish kicking your ass legit then take a big old [EXPLETIVE] in your mouth, I’ll go beat the absolute [EXPLETIVE] out of [JOHN DOE]. Like he thinks I’m kidding, but I’m gonna kick his ass, and if he dares tell his mom, I’m gonna kill him [EXPLETIVE]says the audio message in part.

In a statement from the parents of John Doe No. 1, they said they discovered bruises and wounds on his body in his first year, but said he was afraid of what would happen if he did. complained.

He thought the treatment would get better.

Four years later, after graduating from John Doe #1, he finally told his parents the whole story.

In a request to investigate a complaint filed with the state Department of Education in January, John Doe’s parents detail several attempts to convince Kingfisher administrators to take action.

“Even after presenting irrefutable evidence, no action was taken. … No investigation. Questions were asked,” the parents said in part.

“If you want the truth to come out, you’re going to have to sue us,” the parents said, the district superintendent said.

“As, [WITNESS], this is my last warning. Don’t show up for practice tomorrow. Like, I’m already going [EXPLETIVE] about you, but if you say anything else to try to [EXPLETIVE] on me and come to me, then I’ll probably beat your [EXPLETIVE] just there. Like, you don’t know how [EXPLETIVE] you are boring and how [EXPLETIVE] nobody loves you because you are a [EXPLETIVE] little [EXPLETIVE]another part of the audio message said.

News 9 did not hear a response after requests for comment from attorneys representing the district and teachers.