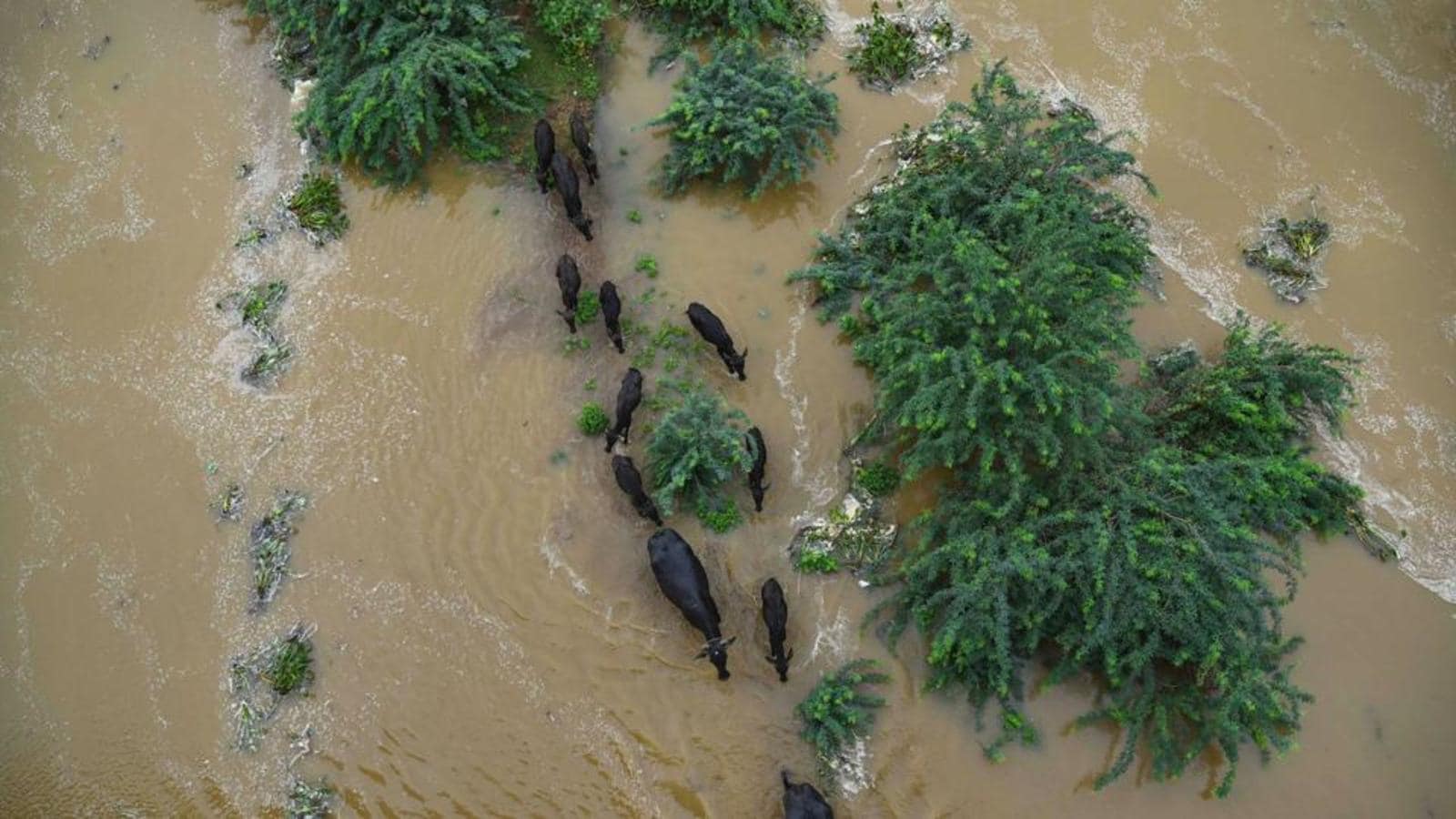 Residents living on and around the banks of the Krishna River are at major risk of flooding as an initial flood warning was issued due to the heavy discharge from the Prakasam Dam here on Friday, officials said.

The warning was issued after a ridge gate from the Dr KL Rao Sagar Pulichintala project on the Krishna River, located upstream of the dam, collapsed on Thursday. As a result, a large amount of water from Pulichintala was released downstream.

The first flood warning was issued Friday at noon at the Prakasam dam when the flow exceeded 450,000 cusecs. The dam’s 70 gates have now been lifted to let out the excess water, an official said.

At around 3:30 a.m., officials lifted the Pulichintala ridge barriers to release excess water downstream. Gate 16 collapsed when the weld holding it to the dam structure failed.

Taking stock of the situation and explaining the damage to Pulichintala, Andhra Pradesh Minister of Water Resources P Anil Kumar Yadav said: “It all happened in the blink of an eye. Repair work on the 16th gate has been undertaken on a war footing and we anticipate that the alternate lockdown arrangement will be put in place shortly after the water recedes downstream. At present, the flood flow is 600,000 cusecs downstream of the project. The full level of the Pulichintala reservoir is 45 TMC and repairs can only be done once the water level is below 10 TMC.

Authorities also lifted 14 other Pulichintala Ridge Gates to release floodwaters downstream. The minister and officials felt it was unfortunate that such a large amount of water had to be released into the sea because there is no other alternative. However, they are convinced that the project water will be replenished in the coming days with more upstream inputs, as the monsoon season is only halfway.

A 24-person NDRF team joined with the Vijayawada Municipal Corporation (VMC) to evacuate residents of Bhupesh Gupta Nagar, Taraka Rama Nagar, Ranigari Thota and other areas of Krishna Lanka in the city of Vijayawada.

VMC officials visited the settlements and alerted the population to go to the Indira Gandhi Municipal Corporation stadium where a rehabilitation center has been set up. They made arrangements to provide food, drinking water and other facilities to displaced families.

However, most families refused to go to a rehabilitation center for fear of theft. Locals say they are used to flooding and will take refuge on the Karakatta (flood bank) for two to four days until the flood waters recede.

Officials have tried to convince residents that there is fear of major flooding as more than half a million cusecs of flood water are released. The VMC also set up 11 tractors to evacuate people to the stadium, and staff were deployed to educate residents about the threat of flooding.

Meanwhile, work on installing locks began on Friday afternoon and with the help of a heavy crane iron plates were being inserted into the groves of lock number 16, where the valve d he flood broke and was washed away.

Senior project engineer Ramesh Babu said the water level should drop to 37 meters. “It is only then that the work to fit out the stop gate can be started. It takes 10 to 15 hours to install the door, ”he explained. On the other hand, the government has set up a committee of retired engineers to identify the causes of the accidents and also to assess the safety of the project.