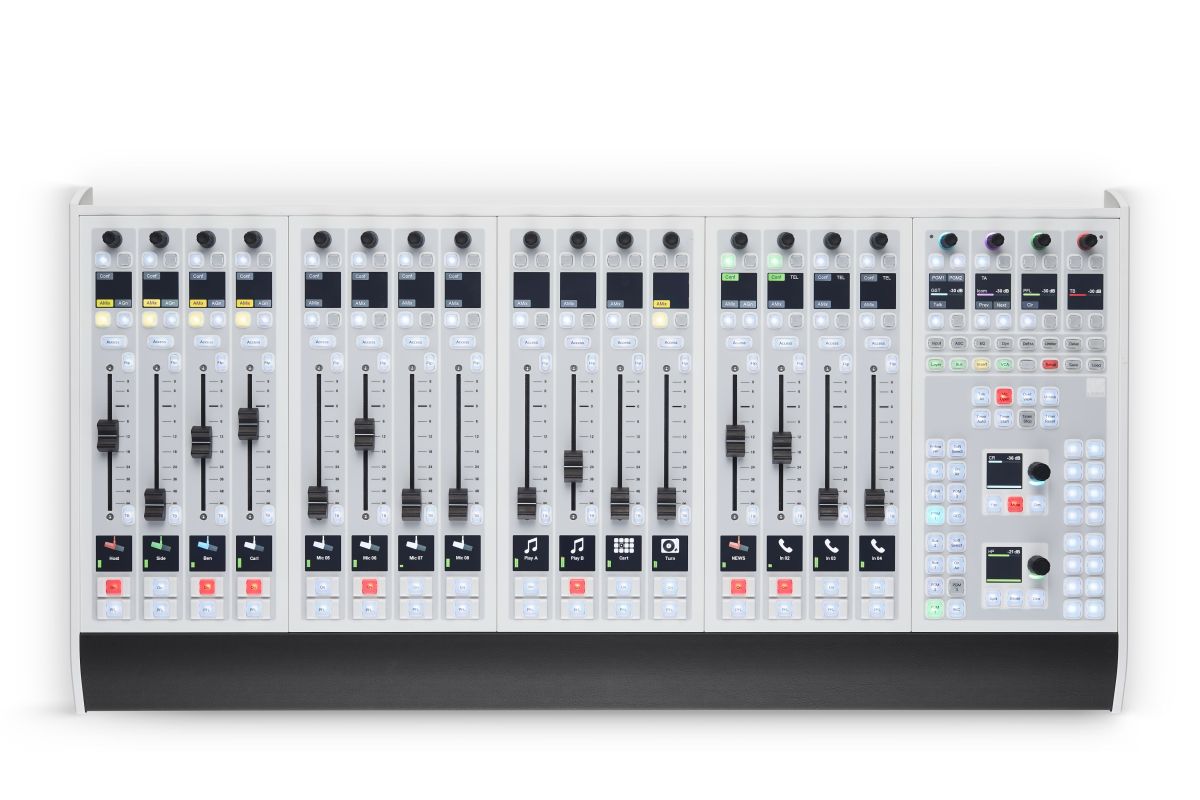 Available in configurations from two to 60 physical faders, Diamond is a modular mixing solution that can be used in desktop and recessed buildings. Color displays adjacent to the faders provide extensive source information, and two layers of faders allow operators to instantly switch between multiple tasks, he said.

Based on a holistic concept, diamond is a fully modular production system that allows broadcasters to create exactly the console they envision, tailored to specific user and workflow requirements, he said.

The console uses intelligent algorithms that speed up workflows. Assisted mixing technologies are available. The AutoMix feature automatically maintains the balance of multi-mic productions, and AutoMix Grouping allows this intelligent automatic mixing to be applied to multiple independent source groups. AutoGain, an automatic gain adjustment feature, optimizes microphone levels for guests and hosts with the push of a single button, the company said.

Diamond display applications make the most of IP studio networking, giving users the ability to operate their consoles remotely with full access to all functions from a PC with a LAN connection or WAN.

A recording of the live intro event is available by registering in line.