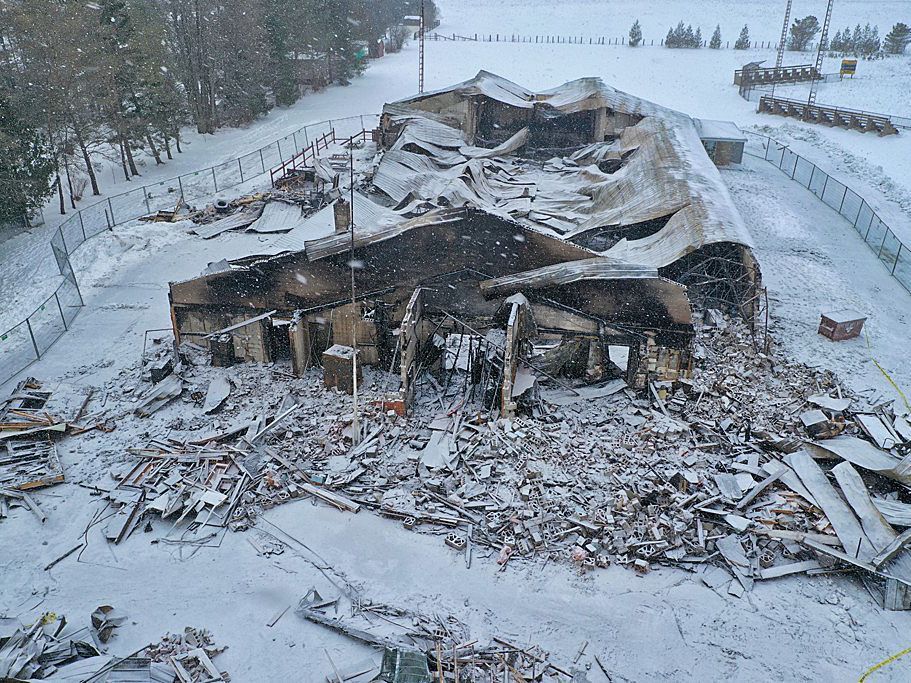 Legion executive to discuss future of Legion after Hepworth fire

The future of the Royal Canadian Legion Hepworth-Shallow Lake will be discussed at a Legion Executive Pledge Meeting on Monday, just over a week after fire destroyed its building in Hepworth .

Former Legion President Bill Vanstone said in an interview on Sunday that he expects the executive to wonder “if we’re going to exist and carry on.” Then, the recommendations of the executive will be presented at a general meeting of members for a vote.

“It is a decision that the executive and the members will make. But I have a feeling, yeah, it’s going to continue,” Vanstone said.

“It’s something to talk about because, as you understand, it’s been difficult for the branches. And finding volunteers is the hardest question of all,” Vanstone said. ” It is not like it used to be. It’s a real fight. »

In addition to lost photographs, medals and documents, the legion building also contained the Bruce Gray Music Hall of Fame, in the legion auditorium formerly known as the Hepworth Country Music Auditorium.

Illuminated display cases there displayed memorabilia of many great local musicians, mostly country music artists, since the hall of fame was founded there in 2015.

Vanstone was a founding member of the Hall, serving as Legion President at the time, and he also said he was optimistic about his return.

Another founding member of the music hall of fame, Arnie Clark, said on Sunday that he had grown more optimistic over the past week about the possibility of resurrecting the hall. Musicians have offered to perform benefit concerts and there have been financial pledges, he said.

The family of a favorite local country music artist, Alfie Fromager, who was among the first to be inducted into the hall and who died last March, also offered more of their memories.

His 1959 practice guitar is presumed destroyed in the fire. Another important piece lost in the fire was an original 45 rpm record which featured a song recorded by Canadian music legend “Stompin'” Tom Connors which he wrote about the Hepworth Auditorium in which he s happened, Clark said.

Other artists who performed there in the 60s included Mel Tillis, Leroy Van Dyke, Whispering Bill Anderson and other Nashville artists.

Other inductees include longtime singing duo Rudy and Jean Couture; Eddie Mole, country fiddler and three-time Pembroke Fiddler Champion; and the late Jimmy Baker, a versatile musician from Holland Center known for his stint in his family band, the Lakeview Ramblers.

“There’s definitely a lot of interest in maintaining the Hall of Fame and plenty of opportunities for support,” Clark said. But first, the hall of fame directors are waiting for the legion to decide what it will do.

South Bruce Peninsula Fire Chief Tim Wilson estimated the loss of the building and its contents at more than $2 million. The building was completely destroyed and now sits with insurance company security to preserve the site, he said on Sunday.

The cause remains “undetermined” but not suspicious, and it’s up to insurance company investigators to determine anything further, he said.

The Ontario Office of the Fire Marshal, although consulted, chose not to investigate, Wilson said.