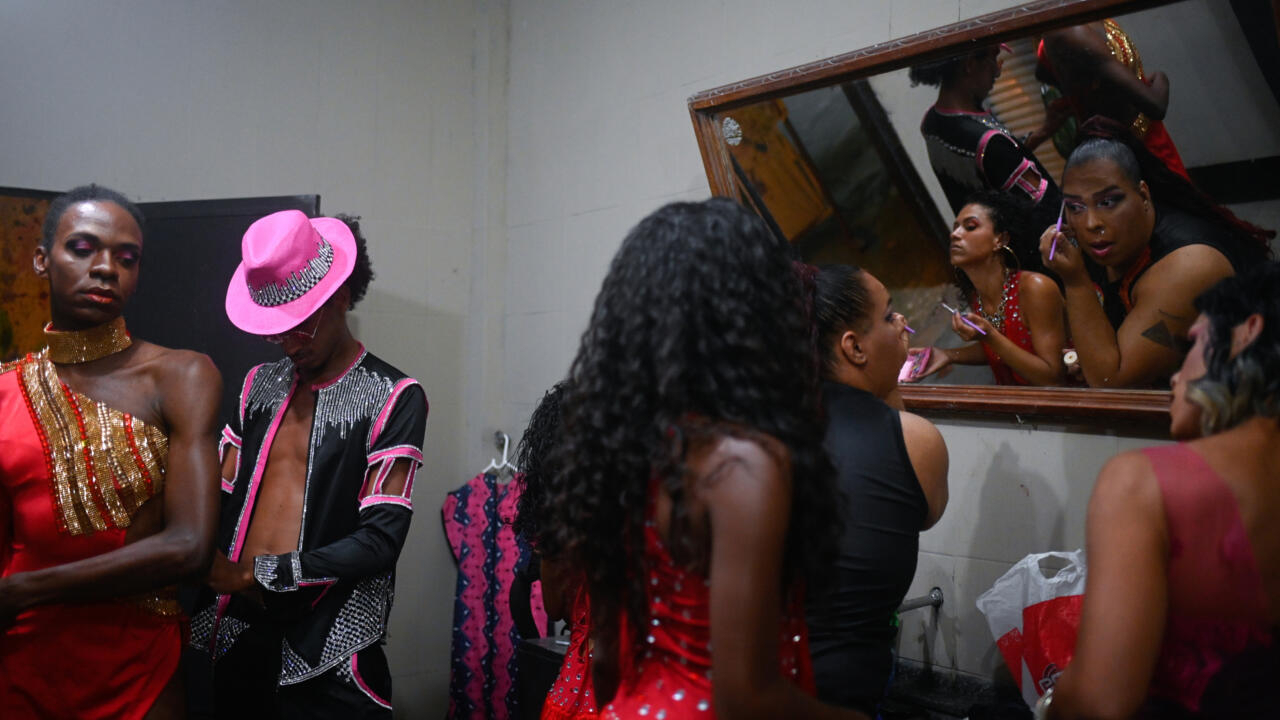 Rio de Janeiro (AFP) – For the first time ever, a predominantly LGBTQ samba outfit will take part in Rio’s famous carnival street parades, displaying rather than hiding their sexual identity.

Before their big debut, the members of the group Bangay rehearse in a community center in the Bangu district of Rio.

The glitzy costumes, make-up, samba beats and sultry hip movements resemble those associated with traditional samba schools that have drawn tourist crowds to Rio for decades.

But there is a big difference, Bangay founder Sandra Andrea dos Santos told AFP. The band members are “90% LGBTQIA+” – a first for Rio and its annual carnival.

The acronym stands for Lesbian, Gay, Bisexual, Transgender, Queer, Intersex, Asexual. The plus sign is there for any other minority sexual or gender identity not covered by those seven letters.

Band members dance against the backdrop of the rainbow flag during Bangay rehearsals.

“It’s a place where you can be who you really are,” said Dos Santos, a heterosexual woman who said she created Bangay for gay friends who had previously been relegated to the “backstage scenes” of carnival festivities.

Dancing can be dangerous

Members of sexual minorities were often the majority of carnival workers behind the scenes – from costume and float designers to cameramen and sound engineers.

“Why shouldn’t the LGBT community shine too?” asked Louise Murelly, a 1.9m (6ft 3in) drag queen with no heels and proud Bangay flag bearer.

But being in front can also be dangerous in a country where 140 transgender people were killed in 2021, according to data from Brazil’s National Association of Transvestites and Transsexuals.

“When we marched in the street for the first time (…) people urinated on our limbs, pulled their hair laughing,” Dos Santos recalls.

“We know we will face many obstacles, but we are prepared for them. We have come to fight,” she added.

Bangay has recently evolved from an amateur “bloco” group to a full-scale samba school, qualifying to participate in the street parades leading up to this year’s main samba competition in the arena of Rio’s Sambadrome.

Normally held in February, the carnival was delayed this year due to the Covid-19 outbreak.

Dos Santos hopes that one day Bangay, which currently depends on donations, will become a revenue generator so that she can “have a house to house gay people who have nowhere to go, whose families reject them”.

For Paulo Cardoso, musician of the group, Bangay “it’s not only carnival, it’s also my family”.