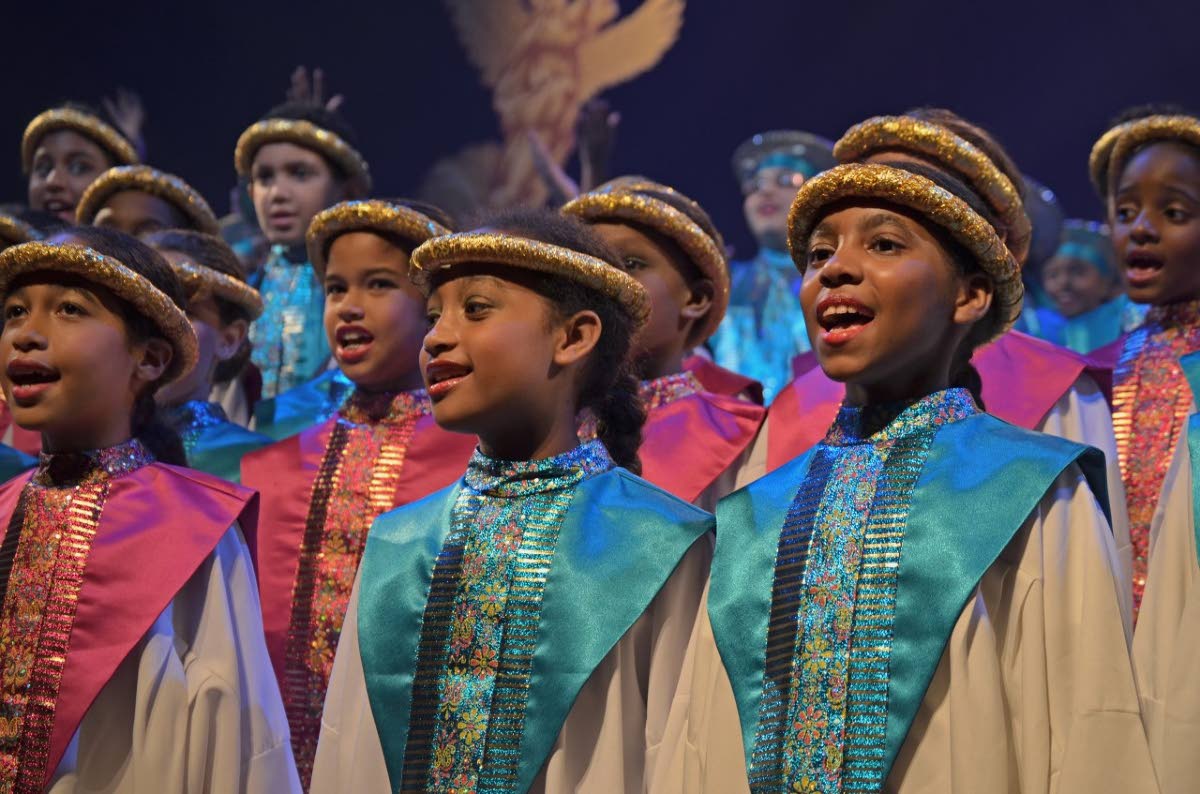 This year, the Love Movement celebrates its 50th anniversary of “healing hearts and changing lives, one note at a time”.

With gratitude, he said that he was well known and recognized in TT as Love Movement Trinity of Choirs.

The Love Movement has been honored many times, both domestically and internationally, for its tremendous contributions to social development, community service and TT culture.

A statement says the Love Movement’s ‘ministry of love’ began in 1972, when Bernadette Laughlin-Scott, Founder and Music Director, recognizing a need, decided to use her God-given musical talents to raise funds for the less fortunate, while spreading the Gospel of God’s unconditional love.

What started 50 years ago with a group of 15 young women, members of her church choir, has become over the years this trinity of choirs. From a small choir more than five decades ago to the lifeblood of hundreds of young people, the release describes the Love Movement as a beacon of hope and a light in the darkness of today’s world. He said it was a source of camaraderie for many teenagers looking for purpose and an opportunity for artistic expression.

Described in the release as a love-driven entity, it has 170 members in the Senior Choir, the Love Movement Republic Bank Youth Outreach Group and the Lights of Love Children’s Choir.

The Youth Outreach Program, born in 1991, provides holistic and social development for all members through performing arts and spiritual guidance. It is said to have contributed to positively changing the lives of thousands of “at risk” young people.

This mentorship program continues to help what the statement describes as “many disadvantaged young people” who are in desperate need of guidance and direction in life. The success of the Love Movement’s mission to “heal hearts and change lives, one note at a time” would be evident during their many concerts.

The creative potential of its members is cast in performances described as visually stunning, with costumes, choreography and acting that many compare to the best of Broadway.

To mark its golden anniversary, the Love Movement will hold a series of concerts, Love so Amazing, at Queen’s Hall, St Ann’s, from October 7-16, which will feature all three choirs.

Love So Amazing will be a concert for the whole family. The program will begin with the entire cast singing the Love Movement’s theme song, Movement of Love, followed by songs of praise and thanksgiving to God for His many blessings.

The Senior Choir will then take their audience down memory lane with some of the favorite and nostalgic songs from Broadway musicals: 50 Years of Broadway. The choreography for this section is the brainchild of two choir members, Anneisha Skerritt-Wells and Janelle Spencer-Lewis.

Skerritt-Wells was a founding member of the Lights of Love and has been part of three Love Movement choirs over the years.

The Lights of Love Children’s Choir will perform selections from Disney’s latest and greatest children’s musical, Encanto, which has taken the world by storm. The excitement and fun of the children during the rehearsals would be contagious and will surely be a treat for the youngest in the audience.

The Love Movement will pay tribute to the late Desmond Waithe by singing two of the many calypsos he arranged for them over the years.

“Desmond was an outstanding arranger for both panning and vocals,” says Laughlin-Scott. “An incredible musician!”

The choreography for these calypsos was created by Heather Henderson-Gordon.

Love So Amazing will be under the musical and artistic direction of Laughlin-Scott. Dr. Helmer Hilwig, dramatic director of the Love Movement for 36 years, will once again add his stamp of perfection to the production. Sound engineers Franklin Agarrat and Corey Burnham will provide the sound. Celia Wells will add her touch to the lighting and Randall Halfhide of Another Idea will transform the scene to enhance the production.

The opening night and gala, Oct. 7, will be under the patronage of Archbishop Charles Jason Gordon, with proceeds going to the Archbishop’s Appeal Fund. Tickets are $400 and all seats are reserved. Refreshments will be served beginning at 6:45 p.m. with a show at 8 p.m.

Evening shows continue over two weekends, October 8-16 at 7:30 p.m. Tickets are $250 for reserved seats and $200 for open seats. On October 9, there will be a shorter matinee show at 4 p.m., especially for children, which will feature excerpts from the full show, with tickets for $150.