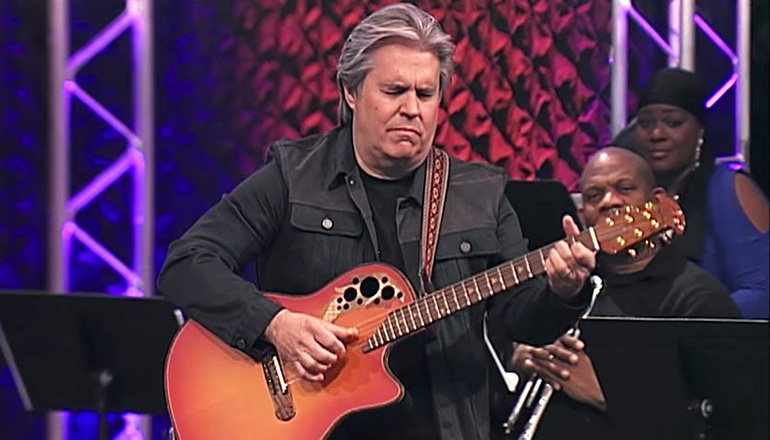 National recording artists Doyle Dykes and Andy Leftwich will appear at events at Chillicothe the weekend of November 20e and 21st. The Musical Weekend is presented by the Chillicothe Region Arts Council.

In a recent interview on KTTN, Dykes said he loved the guitar since he was a kid.

He grew up in a church and explained that he really became a Christian at 11.

He said that a sailor who visited the church could play the guitar like Chet Atkins and taught Dykes some things on the guitar.

Dykes said he was “blessed” to have been able to meet and know his heroes.

Dykes’ daughter was making a record about 20 years ago and wanted Leftwich to play on it. It was then that Dykes and Leftwich met personally.

Leftwich made his professional debut with Ricky Skaggs and Kentucky Thunder. Dykes said there is no one better to work with or for than Skaggs. The artists who do this learn a lot because Skaggs has a high level of musicianship.

Dykes called Leftwich one of the best musicians he has ever seen.

Master classes with Doyle Dykes and Andy Leftwich will be offered as part of the Chillicothe Area Arts Council Music Weekend. Classes will be held at the Chillicothe Comfort Inn and Suites on November 20e from 10 a.m. to noon. Participants can choose either artist.

Dykes said that if he had the chance he would attend the Leftwich class.

Dykes will show a lot of right hand techniques in his own master class.

Dykes will also show what he learned from Merle Haggard and Chet Atkins.

Each class is limited to 25 people and costs $ 50 per person.

Doyle Dykes and Andy Leftwich will perform Christmas music during a Chillicothe Region Arts Council season show at Gary Dickinson Performing Arts Center on November 20e at 3 o’clock in the afternoon. It costs $ 20 for adults and $ 10 for kindergarten through college students. Subscribers will be admitted free with their subscription.

A close-up with Doyle Dykes and Andy Leftwich is also scheduled at First Baptist Church in Chillicothe on November 21st. The doors will open at 5 a.m. and the music will begin at 6 a.m. Tickets cost $ 25 per person or $ 150 for a table of eight.

Tickets and general event information can be obtained by calling Chillicothe Area Arts Council Administrator Mary Lou VanDeventer in the Arts Office at 660-646-1173.

Homework is getting quieter