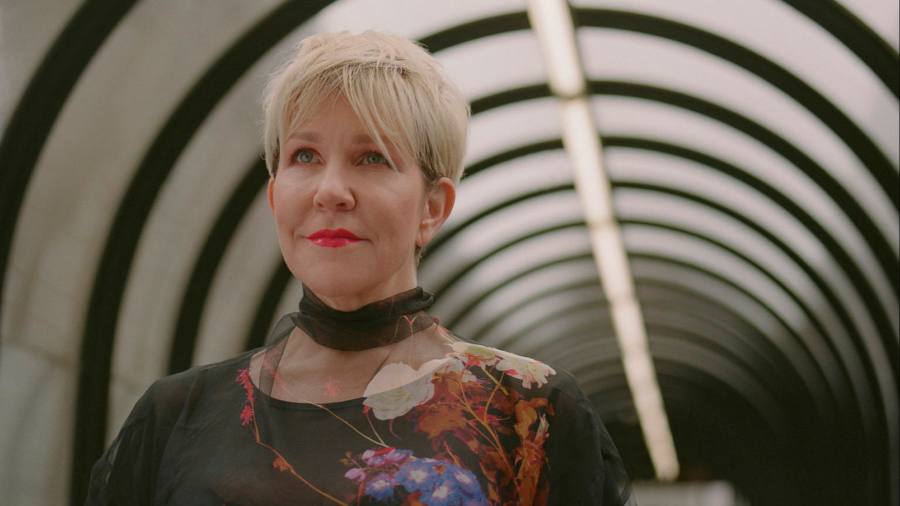 Opera singer Joyce DiDonato: ‘My voice doesn’t always feel like it belongs to me’

It is just after five o’clock at Bishop Ramsey Secondary School in north-west London when the sports hall fills with smoke and a fire alarm goes off. An opera singer, a children’s choir, a film crew, teachers and, seemingly out of nowhere, a portly curate in black clothes pour out into the cold, gloomy afternoon to regroup in the courtyard of recreation. Joyce DiDonato’s Eden the project does not go quite as planned.

DiDonato, probably the most esteemed mezzo-soprano active in opera today and recently seen singing in Handel Theodora at the Royal Opera House, devised a multi-part Eden – an eco-themed album of arias, a world tour and an educational programme, funding choirs and workshops in 18 cities on the tour. This program explains why she traveled to Ruislip, on the outskirts of town, to film a video with a choir from one of the participating schools; when the smoke clears, they’ll sing a song with lyrics based on what kids think trees would say about climate change (“I’m alone while nature is drowning”).

DiDonato, 53, has already taken them for a ride in the cold school woods to talk about the environment, with urgent messages: “Stop asking corporations to do this. . . It’s from you guys!” she happily urged a crowd of puzzled faces.

Two weeks later, seated at the Barbican Center in London, DiDonato, a specialist in Handel, Mozart and Rossini, but whose range includes contemporary works such as Jake Heggie’s Death Row opera, walking dead man – says she designed Eden five years ago. It began, she says, “preacher” and “militant”, a climatic call to arms. It gradually evolved into something she felt suited her better: “I’m much more powerful when I speak of light and hope,” she says, and her voice sounds like the sun gently rising.

The issue for her is man’s disconnection from nature, and she identifies music as “the closest thing man has ever been able to. [devise] which reproduces the natural world, a balance of harmony, plasticity, fluidity, in constant evolution, in constant reorganization”.

the Eden explores – at times tenuously – this relationship, beginning with Charles Ives’ “The Unanswered Question,” where DiDonato’s unearthly vocalization climbs over the restless woods of Il Pomo d’Oro. Its clarity and control, even in the sweetest moments, pierce us into one of Rückert-Lieder. In “Toglierò le sponde al mare” by 18th-century Czech composer Josef Mysliveček, she seems to really enjoy playing an angel threatening to visit “painful destruction, bitter plagues” on Earth.

One of the reasons DiDonato incorporated an educational element into Eden is his frustration with the way schools and governments have allowed music to disappear from the curriculum. Playing is “building confidence, building self-esteem, building team spirit and empowering those kids who, especially after the last two years, haven’t had a chance to go. in the world and to say: “I am here”. !””

Awareness and authenticity come up again and again. She talks about Handel’s performance in front of prisoners at Sing Sing in New York, their visceral reactions, loud calls and standing ovations: “These men looked like that. . . better than many modern audiences in traditional venues. These values ​​are a challenge to the establishment of classical music today, she says: opera doesn’t “look hard enough at who we are. . . This music has an emotional impact on people and I think sometimes we’re like “- haughty voice – ‘Oh no no, I want to be able to discuss this against Böhm’s 1973 recording.’ No, I want people feel and I want them to feel alive and I want it” – she booms – “exploding in their chests.

DiDonato’s speaking voice, with its range of colors and expressions, has the same conviction and mastery that sets it apart on stage: it has an acting quality that fully inhabits its lines. It’s this quality that she tries to bring to young singers during a masterclass at the Royal Academy of Music: as she urges them — every word you sing, why does your character sing it?

This approach fits DiDonato’s impulse to bring classical music down from its ivory tower (which doesn’t mean it doesn’t uphold its exacting standards). “The music industry is a service industry, not a celebrity industry,” she says. “You chose to step in, you chose to do the work, you owe this industry nothing, you are here to serve.”

She’s also exploring new concert formats, whether it’s a singer speaking to the public at a recital, a laid-back classical concert in a bar, or her own cross-platform projects, which include In War and Peace, developed in response to the November 2015 terrorist attacks in Paris. Behind it all is the license to experiment and make mistakes “and fail spectacularly, because if we’re only trying to be safe, then great art isn’t created that way.”

Asked about the artists who have been thrilling her lately, DiDonato gives an answer that is sure to make the programs of Wigmore Hall rustle: Bimini, the chic queen of season two of RuPaul’s Drag Race in the UK, comfortable in the craziest places in fashion. In her field, she names bass-baritone Davóne Tines, soprano Julia Bullock (her co-star in Theodora) and flautist Claire Chase.

What she doesn’t want to see are commissions, jobs and roles assigned “by ticking boxes” of gender, race or other characteristics. She advocates equal opportunities but regrets the hasty steps: “It’s tricky because we just give people [opportunities] based on qualification factor [even if] the quality is not there. I don’t think anyone is served by this.

His rhetoric of service over fame applies not just to the music industry, but to music itself. She speaks in her voice as “this thing that I know runs through me but at other times I don’t always feel like it belongs to me. Janet Baker talks about it beautifully: you do all the work and then you take yourself out of the equation and when that happens it’s – the word that comes to mind is that some kind of divinity comes into play, that which is a complicated word but that’s kind of what it does.

Sometimes that’s how listeners feel too. the Eden the album ends with one of DiDonato’s masterpieces, Handel’s “Ombra mai fu” Tight, a sweet ode to the shade of a plant. Back at Ruislip’s gym two weeks ago, backing himself on a rickety piano, DiDonato sang “Ombra mai fu” to a group of children gathered around. His voice was natural and true and, yes, in a way, divine.

‘Eden’ is released on February 25 by Erato and the tour begins in Brussels on March 2 joycedidonato.com