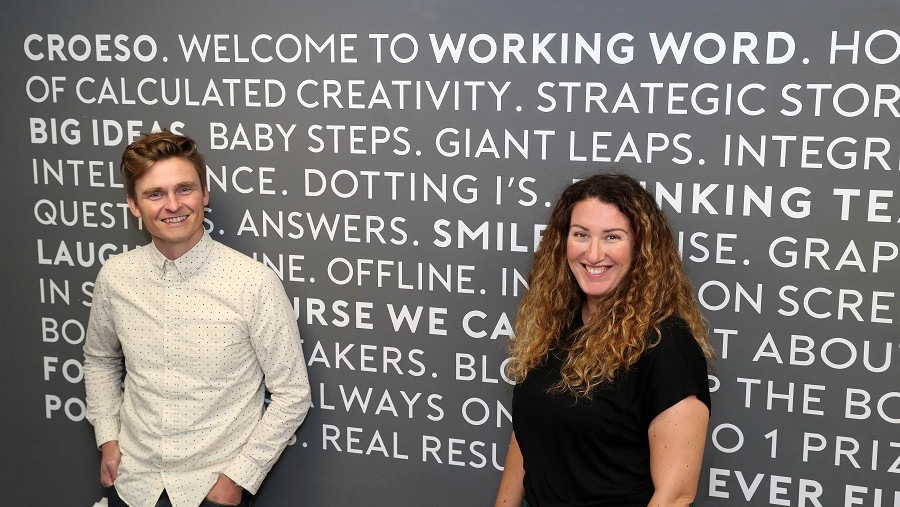 Record growth as the agency celebrates five years of MBO

The integrated communication agency Working Word is celebrating five years of a management buy-out with record growth in turnover and numerous meetings.

Revenue has grown 75% over the past five years as a result of the growth of a range of new and existing customers, services and contracts.

Company co-owners, Managing Director Dan Tyte and COO Caroline Holmes, entered into an MBO in 2016 after first buying the company and becoming directors ten years ago, both having joined the company. in 2007.

Since then, the Cardiff city center-based agency has grown its services alongside its public relations background to include film production, digital marketing, creative advertising and media buying and planning.

Recent creative campaigns have been aimed at clients such as the Football Association Wales, the Welsh Government, the Life Sciences Hub Wales and Visit Wales, among others.

Since the start of the pandemic nine new staff have joined the team, bringing the total to 25. Adam Hale joins the agency as news and media manager after three years as a correspondent in Wales for the Press Association, where he appeared in the daily Welsh government television press conferences. during the coronavirus pandemic. Esme Winter Lockwood, after five years at the BBC working on The only show.

Formerly a member of a political party in the Senedd, Gwilym Hughes joins as campaign manager, Polly Winn adding experience from her previous role in a campaigning organization for women’s equality.

Ffion Roberts has been promoted to Head of Digital Marketing, heading the agency’s digital campaigns. Aira Gonzales and Ria Chowdhury join as Account Executives, the first hires to partner with Cardiff University to provide opportunities for graduates from under-represented backgrounds.

Having already won an award from the Royal Television Society for a documentary available on Film4, Jake Smith joins us as colorist, cameraman and editor. Sophie Manners and Georgina Cartwright join us as Account Manager and Account Assistant respectively.

Managing Director Dan Tyte said: “Five years after the management buyout, the strategy to strengthen our offering across the marketing mix is ​​paying off. If you are an organization looking to influence an audience, we have the insight and imagination to help you exceed your goals. “

Chief Operating Officer Caroline Holmes added, “Hiring nine professionals throughout the pandemic, each with different skills, has brought something new and exciting to our ever-growing team as we we specialize in complementary fields. We are committed to making Working Word the best place to work in the industry, retain and develop talent by producing exciting work for clients we care about. “