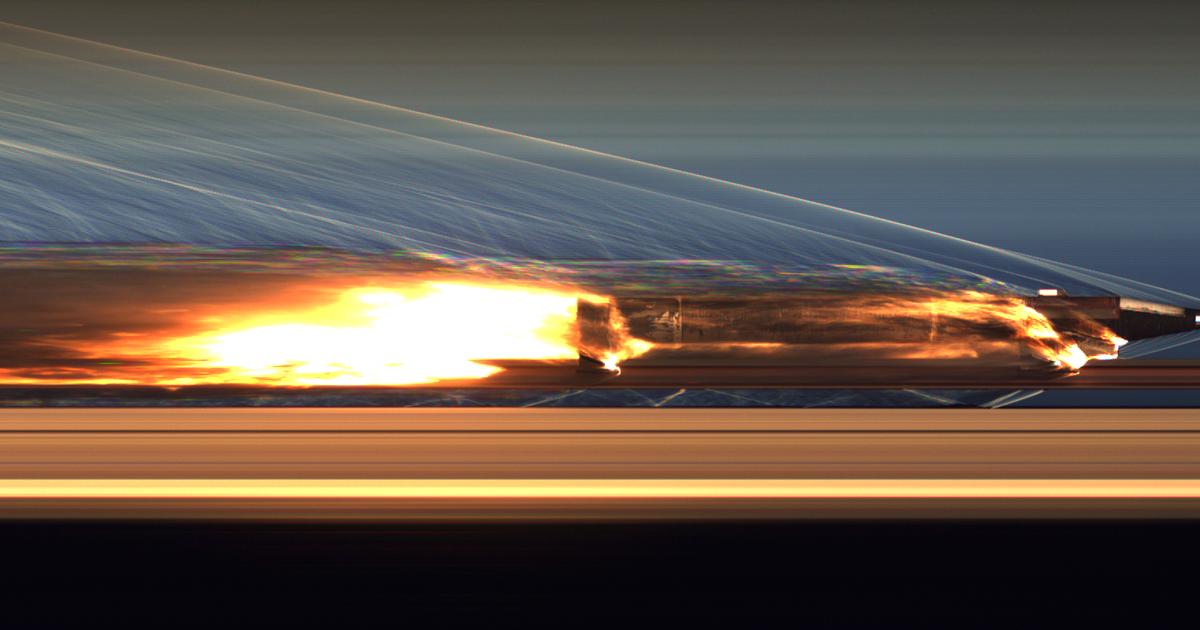 For the first time, the US Air Force managed to recover a reusable rocket sled traveling at hypersonic speed. The late March 2022 test was part of the Air Force’s Hypersonic Sled Recovery (HSR) project and successfully stopped a sled traveling at 5.6 times the speed of sound.

Hypersonic flight technology has great potential to revolutionize military and civilian applications, but research in this field has always been extremely difficult since NASA’s X-15 rocket plane project in the 1950s and 1960s. major problem is the intense heat generated during hypersonic flight at more than five times the speed of sound. Temperatures can reach over 1,800°F (1,000°C), destroying materials, disrupting avionics and flight systems, and placing great thermal stresses on the airframe.

For this reason, engineers are very keen to study the effects of this heat as well as other factors. However, they don’t have much of a chance at an autopsy, as flight tests that involve dropping missiles from motherships usually end with the test craft crashing into the ocean. and its loss in the aquatic depths.

Alternatively, vehicles can be tested on hypersonic test tracks. The latest tests performed by the 846th Test Squadron’s Holloman High Speed ​​Test Track (HHSTT) at Holloman Air Force Base in New Mexico involved the use of a rocket to accelerate a vehicle on a monorail at ground level. These spectacular hypersonic drag races pay particular attention to the development of high-speed braking technology in order to recover the vehicle for analysis.

Such sled tests allow engineers to have much more control over flight variables, simplifying analysis. Flying at ground level is also useful because military hypersonic missiles will need to fly low if they are to become practical weapons.

According to the Air Force, the HHSTT is the only toboggan run capable of recovering hypersonic vehicles. Although previous rocket sleds achieved speeds in excess of Mach 8, these faster sleds were not picked up. In early March, a sled traveling at 6,400 feet per second (1,951 m/s) on a monorail track was successfully stopped.

“What you accomplished marked the fastest recovery of a monorail sled in over 30 years, and the first time we have recovered a reusable sled expected at these speeds,” said Lt. Col. Paul Dolce, commander of the 846th Test Squadron, congratulating the team. “Truly historic in my books. It couldn’t have been done without everyone working here on the track.

“These efforts will now set up our future HyTIP [Hypersonic Test and Evaluation Investment Portfolio] racing to success and adding new capability for our hypersonic customers.”