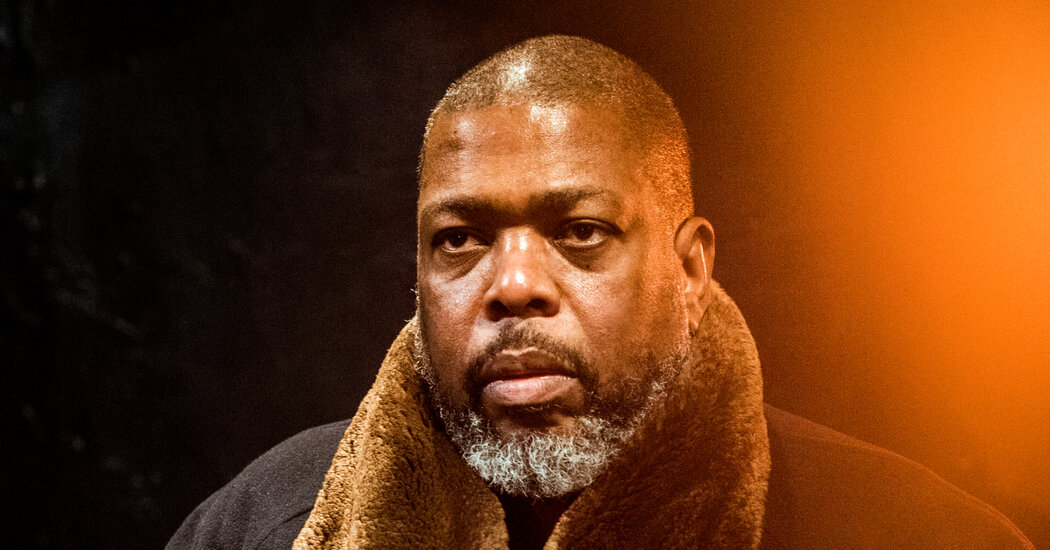 Once mortals become immortal, it’s easy to forget how far they’ve stumbled in life. This is certainly the case with Tennessee Williams, who secured his place in the pantheon of American dramatic writing with his first hits “The Glass Menagerie”, “A Streetcar Named Desire” and “Cat on a Hot Tin Roof”, but has spent the last two decades – after “The Night of the Iguana” in 1961 – in what Hilton Als calls “a sort of critical purgatory.”

But the critics at their most vital aren’t a pack of barking wolves chasing weakened prey. They are the champions of the forgotten, the underestimated, the misunderstood. With that in mind, Als, a writer for The New Yorker who won the Pulitzer Prize for Criticism in 2017, is asking for a re-examination of some late works by Williams.

In “Selections From Tennessee Williams,” the second episode of the two-part New York Theater Workshop podcast “Hilton Als presents“, He collects extracts from three pieces rejected in their time:”In a Tokyo hotel bar, from 1969; “The red devil’s battery sign”, which succumbed in 1975 on his way to Broadway; and “Clothes for a summer hotelWilliams’ last Broadway premiere in his lifetime. It opened in 1980 on its 69th birthday and met such a bunch of wickedly mocking reviews that it closed after only two weeks.

These pieces are not unusual in Williams’ work as considerations of masculinity, sexuality, or the divided self – although, as Als notes, each includes a male artist character.

Directed by Als, and with skillful audio production and editing by Alex Barron, the podcast doesn’t always manage to convey, with vocal and stage directions, what we need to consider.

The scene from “The Red Devil Battery Sign”, starring Raúl Castillo as the band leader and Marin Ireland as a sexually rapacious beauty, feels too out of context to add to anything. But each of the other pieces is memorable for an exceptional performance and for glimmers of beauty in the text.

The longest excerpt, from “In the Bar of a Tokyo Hotel”, at first glance seems an exercise without air: a meeting between a brittle but lascivious American (Nadine Malouf) and the Japanese bartender (James Yaegashi) whom she harasses. He does not come to life until late, with Reed Birney entering the role of her husband, Mark, an extremely drunk painter who struggles to maintain his dignity and harness his artistic talent. It is a very lived performance, bordered by terror and gaiety. (John Lahr, in his biography of Williams, calls this piece “a fascinating dissection of the perversity of his psyche,” and he’s right.)

“At first,” says Mark, hands shaking, paint all over his costume, “a new style of work may be stronger than you, but you learn to control it. You have to control it. “

Williams, at the time, was not so well in control of his art, his addictions, or his emotional fragility.

The other magnetic twist is that of Michelle Williams in “Clothes for a Summer Hotel,” which the playwright called a “ghost game,” about Zelda and F. Scott Fitzgerald. As Zelda – a role created by Geraldine Page on Broadway – Williams escapes the traps that lie in wait for the women of Tennessee Williams: the masks and gender and class artifices that made her famous for writing diva roles, and who often expose these characters to ridicule. . Against all odds, Michelle Williams locates a human being.

“Are you sure, Scott, that I fit into the category of dreamy young woman from the South?” Zelda asks her husband (played by André Holland). “Damn it, Scott. Sorry, wrong size, it pinches! I can’t wear this shoe, too restrictive.

Tennessee Williams also felt pinched and limited by expectations. He was forever in competition with his young self.

Als’s production does not make a convincing case for these late pieces. But it does what a reviewer is supposed to do when elevation is in order: to prompt a close examination of something that might otherwise escape our notice.

Maybe, like Als, a brilliant director will see a way.