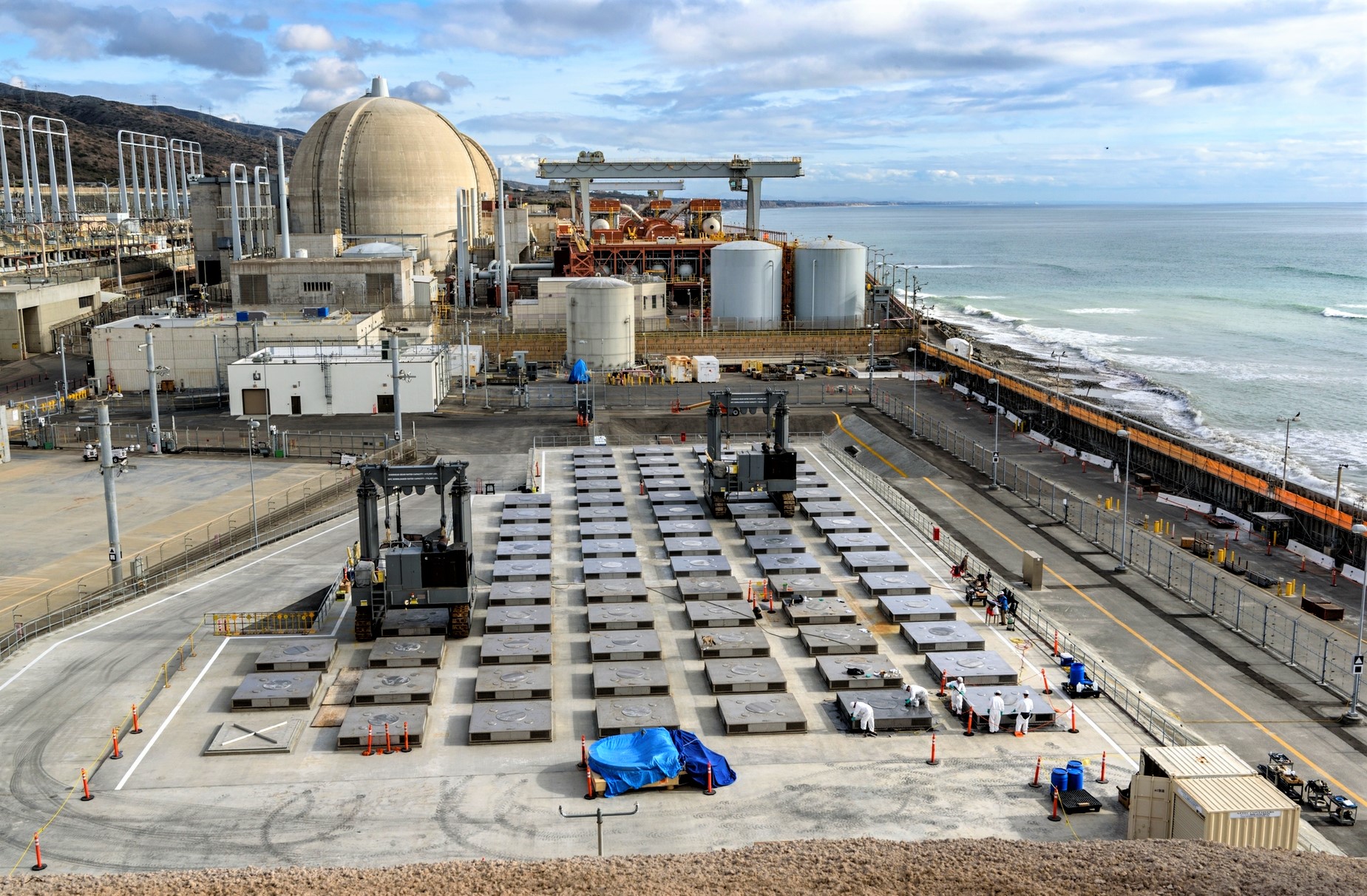 California has a long history of opposition to nuclear power. In 1976, an election initiative called for a ban on all new nuclear installations. At the time, the legislative analyst said: “Unlike other types of power plants, every nuclear power plant contains large amounts of radioactive material which, if released – by natural disaster, human error or malicious intent – may cause widespread public harm”. Proposition 15 failed, largely because the nuclear industry paid millions to defeat it. But the legislator got the message. It wisely adopted a moratorium on nuclear power until there was a solution to storing the vast amounts of highly radioactive nuclear waste that power plants create.

The moratorium did not cover the Diablo Canyon or San Onofre nuclear plants already under development, but it has sparked serious public opposition at those facilities. In June 1979, 40,000 people participated in a demonstration in Diablo Canyon. Two years later, 1,900 protesters were arrested in another demonstration. In June 1980, 15,000 people marched to protest the San Onofre Nuclear Power Plant (SONGS) already in operation.

With Diablo Canyon closing in 2025, is California’s nuclear age finally over? The nuclear industry is now mounting a national campaign to reverse this trend. The strategy is to conceal the dangers and failures of nuclear energy and to wildly exaggerate its promises. It is not only the NRC (a captured regulatory agency run for the benefit of the nuclear industry), but also the DOE and some scientists and engineers who are now pushing to open more nuclear plants and prevent the closure of old ones. like Diablo Canyon.

Some still remember when President Nixon wanted to build nuclear power plants along the California coast. The 1976 moratorium saved us. No more nuclear power plants have been built in California because after half a century, there is still no solution for the safe storage of nuclear waste. Think about it: Across the country, there are almost 100,000 tons of deadly radioactive waste with nowhere to go and no solution in sight. Highly radioactive uranium will remain deadly for hundreds of thousands of years. How could anyone argue that we need to produce more?

Nuclear proponents have changed their approach and are now focused on changing public perceptions about nuclear energy. Energy Secretary Jennifer Granholm is touring the country (most recently in Arizona, Nevada and California) proclaiming that nuclear power is clean, green, emission-free and the solution to the climate crisis. Former DOE Secretary Ernest Moniz joined the lobbying effort and appeared on the Bill Maher show to promote nuclear energy. Dr. Moniz is an MIT scientist, and unsurprisingly (MIT has its own nuclear reactor), the institution is raking in millions in DOE grants and wants to preserve the sauce.

The nuclear industry realizes it has a huge public relations problem if it brags about being safe and clean, but the reality is that it’s so dangerous that no one wants to store the waste in their backyard. It’s worth reading Human Radiation Experiments to see how reckless the US government has been since the 1940s in endangering citizens with radiation. We all know that the United States conducted 1,021 nuclear test explosions in Nevada, which spread deadly radiation across the country. But how many know that nuclear explosions have also taken place in Colorado, Missouri, Arkansas, Mississippi and New Mexico? A colorful summary of all things nuclear can be found here.

Should we continue to conceal the dangers and should we impose nuclear waste on local populations? The DOE has changed its tune and is now saying people can finally have a say in where the government can store highly radioactive material. If the DOE adopts this “consent-based site,” then what about the communities that refuse to give consent but are stuck with large amounts of nuclear waste for the indefinite future?

One example is San Clemente, the official home of the 1,773-ton SONGS nuclear waste landfill, which houses more than 300 million highly radioactive uranium fuel pellets stored 108 feet from the Pacific Ocean. In April, city council unanimously passed a resolution making it clear that the city do not give consent. Many other cities in San Diego County have also passed resolutions opposing nuclear power.

To make nuclear power more tempting, the US government is now offering $6 billion in taxpayer dollars to spruce up the country’s aging and accident-prone power plants. Suddenly this catches the eye of Governor Newsom who now seems interested in reversing his stance to keep Diablo Canyon closed. Are we going to close Diablo Canyon or keep it open?

To bolster the case for more nuclear power, teams of engineers from MIT and Stanford released a 111-page study filled with glowing praise for nuclear power and recommendations for increasing its power. The report completely ignores any serious downsides, perhaps because engineers are out of their expertise when it comes to inconvenient truths like epidemiology, public health, and public safety.

How can a scientist say bluntly that nuclear energy is “clean”? If you count the forefront of all things nuclear (the mining and processing of uranium), it might be the dirtiest industry in the world. Read Peter Hessler The uranium widows and learn how entire Colorado mining towns were bulldozed due to deadly radioactive contamination.

Is nuclear power emission-free as proponents claim? Of course, as long as you ignore the worst kind of emissions: radioactive emissions. It’s no secret that every nuclear power plant blows low-level radioactive waste into the atmosphere and discharges it into waterways. For decades, San Onofre pumped nuclear waste into the Pacific Ocean, tens of billions of gallons in some years. As recently as May 16, SCE pumped 106,030 gallons of radioactive waste into the ocean. No wonder the water is warmer there (surfers beware) and no wonder they had to build a second artificial reef to mitigate the damage to the marine environment after the first one failed.

Southern California Edison misleadingly claims that this radioactivity is harmless because it is “low level”. But every scientist knows that radioactive exposure is cumulative in its effects. We are concerned with cumulative exposure year after year, not the magnitude of an individual release. We know that ionizing radiation damages the DNA of cells and that cancer can take years or decades to develop. Let’s not forget that cancer is the number one killer in California and most of the country.

Is it a cancer risk to live near a nuclear power plant, especially for women and children who are more vulnerable? Scientific studies in Europe have reported such a link. But no one knows for sure in this country because there hasn’t been research here for over 30 years. The National Academy of Sciences proposed such a study but the NRC refused to fund it (Analysis of Cancer Risk in Populations Near Nuclear Facilities Phase 1 (National Academies Press 2012, 412 pages) asd (Cancer Risk Analysis in Populations Near Nuclear Facilities Phase 2: Pilot Planning) (National Academies Press 2014).

The good news is that President Biden recently signed legislation initiated by Congressman Mike Levin and others to finally fund this research. Leading epidemiologists will carefully examine possible cancer streaks in seven locations, including the 50 km radius around San Onofre (Huntington Beach to Solana Beach). Maybe President Biden will finally deliver on his promise of a “moon shot” on cancer.

It’s time to challenge politicians, engineers and the nuclear industry when they claim that nuclear energy is clean, emission-free and the solution to climate change. It’s time to bury, not revive, this bankrupt industry, just like many other countries are doing right now. Keeping Diablo Canyon open would derail important efforts to get us closer to what we really need: clean, emission-free energy. From all angles, nuclear energy is the most expensive, least reliable, most dangerous and least environmentally friendly form of energy production.

Professor Emeritus Roger Johnson, PhD, served on the faculty of Amherst College, Tufts University, and was one of the founders of Ramapo College in New Jersey.

Opinions expressed in community opinion articles belong to the authors and not to Voice of OC.

Voice of OC wants to hear different perspectives and voices. If you would like to comment on this or other issues, please email [email protected]

Tamil Nadu construction firm prints house in four days, says you can too – The…