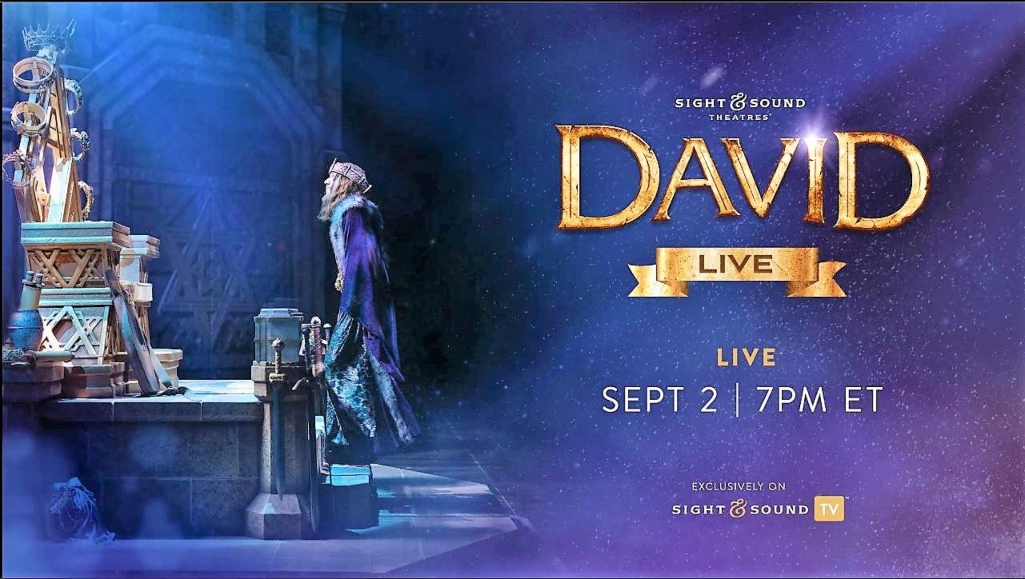 Shane Litchfieldthe leader of Light & Sound’s “DAVID-Live,” describes the role as universally relatable. But King David particularly resonates with Litchfield, himself a songwriter, composer and singer.

“What really appealed to me (the role) was that he was just a musician and he was an artist, that he expressed himself with the Lord through music. And it’s something I can kind of relate to,” Litchfield said. “I’m a writer and songwriter myself. I really love spending time writing songs for the Lord and connecting with Him at through music. It’s an integral part of our relationship.

Litchfield said he composed “bits and bits” of the music throughout the production beginning at 7 p.m. on September 2 at Television sight and sound.

“A specific piece I wrote is the ‘I’m after your heart’ part in Psalm 23,” he said. “I have to write a little for Psalm 51 at the time of David’s repentance. It was really nice to be able to co-write this with (lead composer) Gabriel Wilson.

“Because I play guitar, that’s why it worked with me playing this harp live on stage. In those little ways, we definitely connect,” Litchfield said of himself and David.

“David has 29 sheep and 14 (sheep) stand-ins,” Miller said, “in case one of them is having a not-so-great day. We have 29 sheep in the show, David’s flock, riding and come down the aisle and across the stage, they really steal the show.

The streaming, with four live encore shows on September 3 and 4, offers global audiences a musical dramatization of David’s life, from shepherd to king, producer of DAVID-Live ryan miller said.

“DAVID…is a story full of unexpected adventures,” Miller said. “The production explores all the complexities of his life and how, through his triumphs and failures, he persevered as a man after God’s heart.”

Portraying David as a man after God’s own heart deepened Litchfield’s personal understanding of David and God.

“To portray him on stage, to learn about the honest relationship between God and man, and how he interacted with him daily and praised him daily and worshiped him and lived his life with him,” Litchfield said, “it’s is something that really opened my eyes as a performer and honestly as a Christian.

“Just connecting with the Lord and what that feels like. Even in good times and bad, just run to him and express our hearts to him,” Litchfield said. “That way I start to learn more about who David was. He was many things, wasn’t he, a shepherd, a warrior and a king.

New to the live broadcast is an aerial camera providing an aerial view of the production.

“We’ll fly one of the cameras on our flight device to get some really nice aerial photos,” Miller said. “The show is just huge, with sets 40 feet high and all the different animals that are on stage, and the cast. And we have Goliath and so many different spectacular scenes across the show. We’re really excited about the possibility of getting a different vantage point than any of us have ever seen during the show before from this flight deck that will be on the ceiling.

“Every time we produce a new show, whether people watch online or come in person,” Miller said, “our hope is to connect them to the scriptures and inspire and encourage them.”

Sight & Sound, which started in 1976 as a traveling multimedia show, has grown to include venues for live productions in Lancaster, Pennsylvania, and Branson, Missouri, and a chain of streaming television reaching homes in 175 countries. Sight & Sound has scheduled its first-ever theatrical release for December in theaters nationwide.

“We are very excited to be able to broadcast live as it expands the ministry beyond our four walls here. So having the message of the show, spreading the gospel around the world is something that has become a really special part of what we do, and we’re incredibly grateful for God’s faithfulness as we continue to grow .