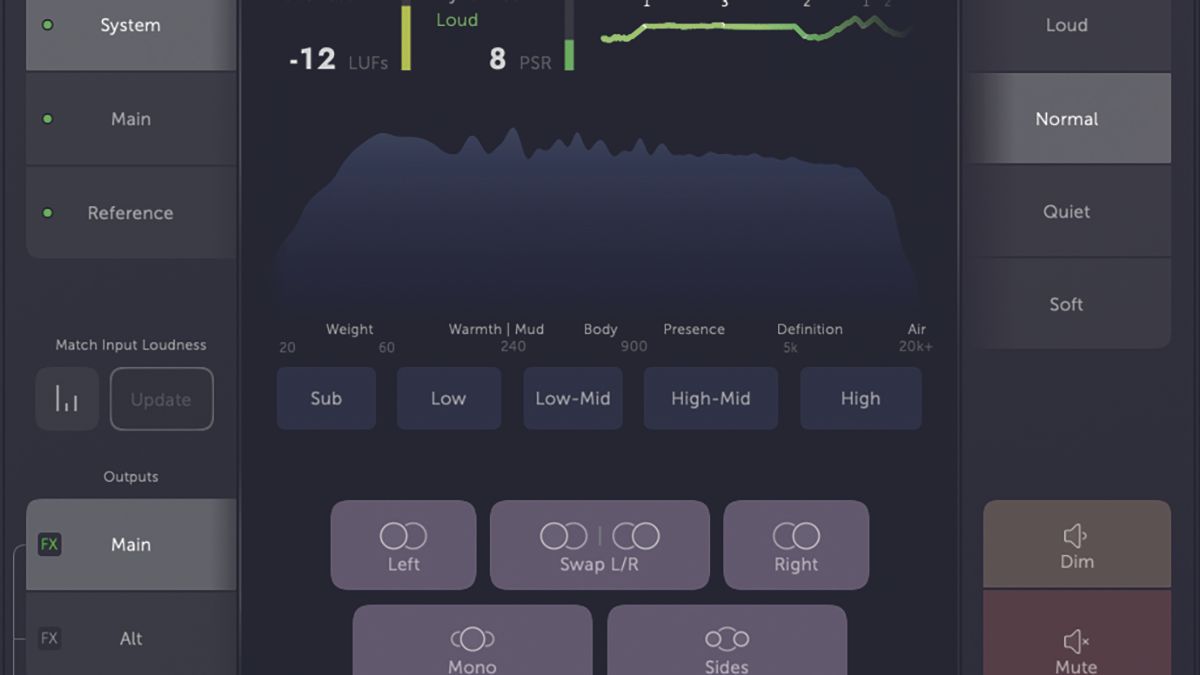 Sonnox ListenHub: what is it?

We all strive for perfect mixes, but with so many considerations and judgments unique to the music you create, achieving that perfection can be an uphill battle. Many tools and techniques have been developed over the years in an effort to make mixing life easier, but these often assume you’re working with a full studio console and don’t translate so well to mixing in the box.

With this in mind, Sonnox has developed ListenHub, a mix of input selector, monitor controller and audio toolkit. All of this is intended to help you compare and contrast your mix with other recordings, and identify problem areas in your mixes. It also encourages a “best practice” approach to monitoring levels and volume and protects your speakers from inadvertently high signal levels.

ListenHub is a CoreAudio device – essentially, a software-based virtual audio interface. The device provides three (and sometimes four) stereo inputs, only one of which can be active at a time. The active input is fed to ListenHub’s tools (more on which in a moment) and one of two possible stereo outputs which are routed to the physical outputs of your audio hardware. Unfortunately for Windows users, being a CoreAudio device means ListenHub is Mac only.

The first stereo input of the device always transmits the sound of the system. This allows reference music from Apple Music, Spotify, YouTube or whatever platform you are using to be easily fed into the device. How the remaining ListenHub inputs are used depends on how they were configured, but the easiest method is to assign the ListenHub device as your DAW’s output device.

ListenHub’s stereo output bus pair is designed as a primary and secondary monitor output bus. Each bus can have its own chain of up to three AU plugins assigned to it, which is ideal for inserting speaker calibration EQ and other monitor corrections.

Switching between input sources and monitor outputs is done in the ListenHub control panel, which is also where you work with the other tools on the device. Being a system-level device, the Control Panel is a standalone application, but there are several other ways to access it.

Using a software device such as ListenHub as your DAW’s output device can have drawbacks. First, like any hardware or software audio device, ListenHub introduces additional I/O latency. But a bigger problem arises if your DAW doesn’t support using separate input and output devices – many don’t. In this situation, using ListenHub as your DAW’s only audio I/O device means that your DAW loses access to the inputs of your audio hardware.

None of these things are a problem during the critical mixing and mastering phases of production, where ListenHub is particularly useful, and for other situations the ListenHub plugin provides a workaround. Inserted as the last plug-in on your main mix bus (or monitor bus, if your DAW has one), the plug-in routes audio from the bus directly to a special fourth input on the ListenHub device. This allows you to configure your DAW to use your hardware interface as normal, which it then shares with the ListenHub device.

This bypass configuration, however, loses in convenience. The plugin’s stream bypasses ListenHub’s output processing stage, and so you need to apply an identical processing chain in your DAW to keep things consistent across all ListenHub sources.

A key feature of ListenHub is that it allows you to make fast and accurate comparisons between different sources. For these comparisons to be accurate, the sources must match the level, otherwise you are just comparing apples to oranges! ListenHub takes care of that for you by automatically measuring and adjusting the volume of input signals.

The output volume level and, more specifically, how the position of the monitor’s volume control translates to the actual sound decibel level emitted by the speakers themselves are also important for making accurate comparisons. Professional studios manage this by choosing a “standard” position for the output volume control and associating it with a specific acoustic decibel level.

This creates a consistent “normal” monitor volume and allows you to become familiar with the actual sound of that “normal” volume. This consistency also lasts beyond the session and project you are working on.

Of course, we don’t always want to monitor at the same volume level, and a good way to manage this is to create a number of predefined monitoring volumes so that, again, you can maintain some degree of consistency over time. term. . To do this, ListenHub includes four preset monitor output levels: loud, normal, quiet, and soft.

ListenHub’s control panel acts more than just an input and output switch. It features both LUFS and short-term PSR dynamic measurement, as well as a PSR history graph that lets you see how the dynamics of your mix are changing over time. (To clarify, PSR refers to the difference between the peak signal level and the short-term LUFS level.)

Below these meters is a spectrum analyzer and a set of buttons that isolate different frequency bands so you can focus on them – Sub, Low, Low-mid, High-mid and High. Another set of buttons solos the different channels of the stereo image – left, right, middle and side – and can swap the left and right channels. All of these tools can be extremely useful when checking specific aspects of a mixture and when comparing against other materials.

ListenHub sits alongside Claro and VoxDoubler as part of Sonnox’s Toolbox range. As such, it puts a heavy emphasis on workflow, making it easy to follow professional best practices no matter the size of your studio. The system works very well in its most simplified form, although it’s a little lumpier when it relies on sharing the audio hardware driver with your DAW.

That said, the streamlined setup is perfect for mixing and mastering, which is where ListenHub’s usefulness lies, and at this price, it’s worth it even just for those tasks.