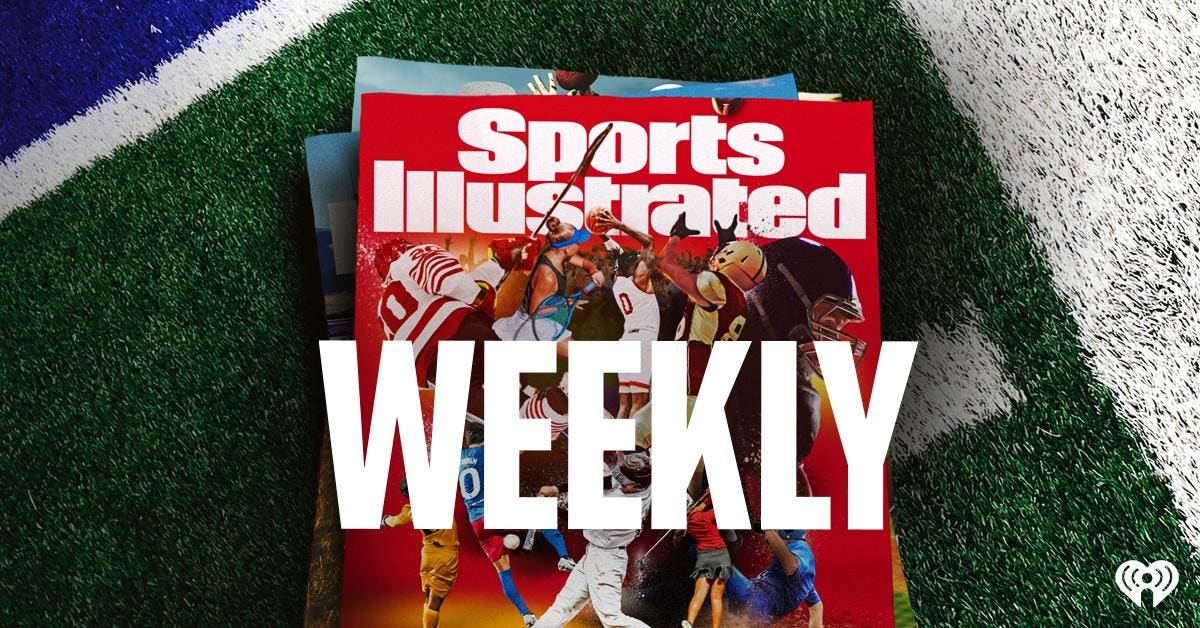 John Gonzalez was part of a generation of future sportswriters who grew up reading Sports Illustrated voraciously, from cover to cover, every week. Waiting for each number to arrive in the mailbox. Consuming the content of each edition so diligently and appreciating the storytelling therein so deeply that it later inspired him to pursue a career in sports media. The one who took him everywhere The ring so far, yes, Sports Illustrated himself – where he is a lead writer and host of a new weekly podcast that the sports media company launch today.

All that to say, it’s easily a complete career moment for Gonzalez, who in many ways is the perfect choice to lead the new show.

“When they approached me about it, I was still at The ringGonzalez told me. “We were talking, because I always liked IF. That was part of the reason I wanted to get into sports media and magazine writing.

“We started discussing how you could offer the same magazine experience as a podcast, and that led to more discussions. And then we decided – hey, you know, this is a really good way for us to give that same experience that I loved IF, which many of us loved IF. gput the magazine in your mailbox every week. Well, now you get the same experience every week from us in audio form.

This free show will be available every Wednesday, on all major podcast platforms. The first episode kicks off with sportscaster Howard Beck discussing with Steph Curry, Klay Thompson, Steve Kerr and Bob Myers how the Golden State Warriors could be said to be in both “win now” and “rebuild” mode. “, simultaneously. Plus, Tom Brady sits down for a one-on-one interview with sportswriter Jon Wertheim about how he’s changed over 20 football seasons, as well as what his future holds.

And then there’s a segment that Gonzalez says will be an integral part of the show: “Where were they then?” The idea is to have a conversation with athletes about when they were first featured in the pages of Sports Illustrated. Spinning the “Where are they now?” upside-down concept, so to speak (“Which leads to all sorts of interesting interview directions,” Gonzalez pointed out).

That first “Where were they then?” the segment features NFL offensive lineman Joe Thomas. And that’s also a good place to point out — the podcast, distributed by the iHeartPodcast Network, will cover the breadth of sports, not just the big names and big league games like the NBA and NFL. The segments will also touch on everything from the upcoming Olympics to Premier League football.

Gonzalez will also dive into unforgettable sporting moments and take listeners behind the scenes of college football’s “coaches carousel” — and even share the story of a football hooligan turned crime kingpin.

According to the details of the audio content partnership which Sports Illustrated and iHeartMedia announced this summer, Sports Illustrated Weekly will actually be the first of eight original titles. And the iHeartPodcast Network — home to more than 750 original podcasts, with more than 250 million monthly downloads — distributes all new shows as well as Sports Illustrated existing podcasts on iHeartRadio and anywhere podcasts are heard.

Other upcoming projects of this partnership include side damage, a podcast developed by production company Sports Illustrated Studios that launched in 2020. Since the same announcement last year, this upcoming podcast “tells the story of University of California, Berkeley, football player academic Mariet Ford, who was an instrumental part of “The Play” – one of the most electrifying plays in sports history.

“He was later found guilty of the brutal murder of his young son and his pregnant wife. Preserving his innocence for nearly 25 years, the podcast will explore the indelible effect the murder had on the core group of people in the sphere. from Ford.

Elvis Costello / The Imposters: A Boy Named If Album Review