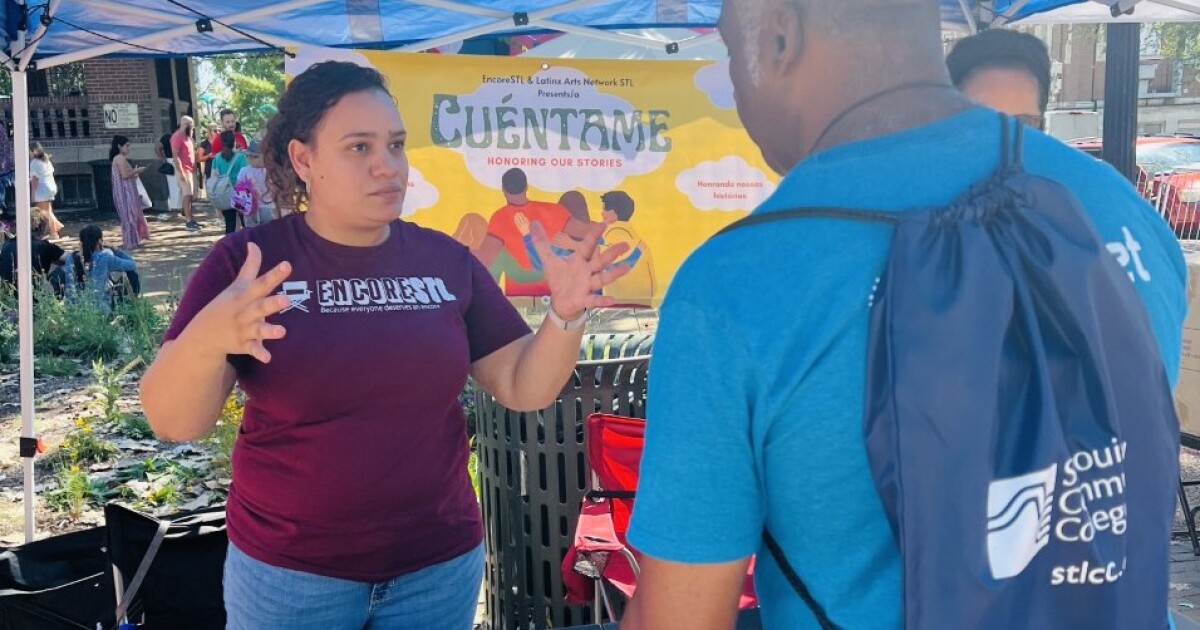 Two St. Louis artist groups are asking Latinos to share stories to help others in the area better understand their cultures. Latinx Arts Network and EncoreSTL are planning a storytelling next year with the collected stories.

“Cuentam,” or “Tell Me,” will include compelling stories about heritage, love, family traditions, and migration.

St. Louis-area Latinos have experiences everyone should know about, said Alexa Seda, chief operating officer of EncoreSTL, a production company by and for people of color.

“It’s an opportunity to show the Latinx diaspora and all the different stories we have and build those connections and also bring the cultures together between different groups in St. Louis,” Seda said.

She said Latinos face some of the same challenges that many black people in the region endure, such as racism and discrimination, and telling Latino stories can help shed light on the shared struggles of people of color.

Both groups want Latinos to interview family members, friends or neighbors about their family histories, struggles with immigration, childhood memories or traditional foods. Audio or video interviews should last between five and 30 minutes. Stories can be recorded in Spanish, English or Portuguese.

According to the US Census Bureau, the Latino population of St. Louis is growing. In 2010, the census recorded 11,207 people identified as Hispanic or Latino. In 2021, the population has grown to 13,028.

Many Latinos are multiracial, and there are a number in the St. Louis area with stories that cross cultures, said Seda, who is Puerto Rican and African American.

“I think we think most Latinos are in New York, Chicago, Los Angeles, but we have a strong core here in St. Louis, and bringing those stories to life says we’re a community here,” a- she declared.

Latinos have stories full of pain and some that reveal moments of joy — stories everyone can relate to, said Latinx Arts Network board member Carol Lara.

Seda and Lara hope”Cuentam“can be a production that will help unite communities that don’t usually interact with each other.

They say the stories help Latinos heal from past traumas, including dealing with the immigration system and adjusting to new cultures. This could foster intergenerational conversations.

“It could be an opportunity for social change and also to have this discourse to connect people from different cultures,” Seda said.

Anyone wishing to submit stories can do so through the “Cuéntame” Story Submission Form.