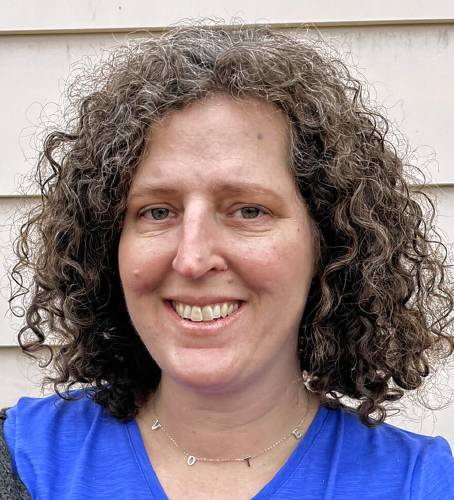 To the surprise of some political observers, North Adams School Board Member Tara Jacobs is the Democratic Party nominee seeking to represent District 8 on the Governor’s Council. Jacobs, who never went to law school, beat out three accomplished Springfield-area lawyers to win the nomination in the Sept. 6 state primary. Her lack of a law degree, she said, may have worked to her advantage.

“I never take anything for granted,” Jacobs said in a recent interview. “But coming into the primary, when I saw the pitch, I felt I had a lot of upside. Not being a lawyer was definitely one. Being the only woman in the race was definitely one. And, actually, being from the Berkshires and not Hampden County, was one. It didn’t serve me very well in Hampden County, but the rest of the district really responded to my outside understanding, not in the political machine, that the western mass extends to the (New York) border, and Berkshire County understands this better than most.

A priority in his general election campaign remained much the same as for the primary.

“Always, always, always, it starts with educating people about what the Governor’s Council is. I have one more difficult battle to publicize; what it is, what it does, why it matters. This is still the first job.

The Governor’s Council is responsible for advising the governor and approving or rejecting the governor’s appointments to judicial and other offices, as well as pardons, commutations, and warrants for the public treasury. The 8th District covers 101 cities and towns in western Massachusetts, including all of Berkshire, Franklin, and Hampshire counties except Ware, as well as towns in Worcester County.

Jacobs, 51, and his Republican opponent, John Comerford, 78, are running to succeed incumbent Mary Hurley who, after three terms, chose not to seek re-election.

If she were to win on Nov. 8, Jacobs said it was her hope to amplify the voice of western Massachusetts residents on the council.

“I’ve heard the same thing so many times,” she said, “from tiny little towns to big towns in the district. A big part of the message is that in the Western Mass, we have more in common and more that unites us than divides us.

“Not just in terms of working on the Governor’s Council to serve the whole western mass well and to be a voice that represents the people by doing the work to bring us the best justice system we can have,” she said. continued, “but there is also an advocacy component. The fact that we have so much in common only highlights how important it is to have one more voice to amplify our issues, our concerns, our need for resources. in Boston.

Jacobs said solutions intended to address statewide problems must consider western Massachusetts “just like the eastern part of the state.” She explained that she wanted to do more, however, than just bring the area’s concerns to Boston; she also wants to bring the Governor’s Council to Western Massachusetts.

“I want to be very present, active and engaged in all of the western mass,” she continued. “I plan to have a variety of actions, including community forums to share what the Governor’s Council is all about, what’s currently on the agenda, positions that are being filled, decisions that are made. I want to involve and engage members of the District 8 community to share their views, opinions and ideas.”

She also said she wants to hold hearings when judicial positions are filled in Western Massachusetts so that people who have personal experience with the candidates can weigh in and share their opinions, experiences and perspectives. seen.

“I want my constituents to be actively involved in this process,” Jacobs said.

It’s no surprise that Jacobs, with his experience on the school board, sees education as an important part of his duties.

“I would love to interact with our youth,” she explained, “and go into schools and share what the Governor’s Council is about and inspire, especially our marginalized youth of color and other marginalized groups, to consider careers in the legal system; becoming a lawyer, becoming one of our next judges, going to law school. I would also like to combine motivational work with certain sources of funding, such as scholarships or grants and other things that can really help make this an achievable career goal.

Familiarizing himself with the state’s correctional system is also among Jacobs’ goals.

“I want to visit all the jails and jails in the state, but starting with Western Mass, to really see what programs and what’s going on in each of our jails and jails, and start to get a feel for best practices across the state and where the opportunities are for us to do a better job statewide.

Greg Vine can be contacted at [email protected]