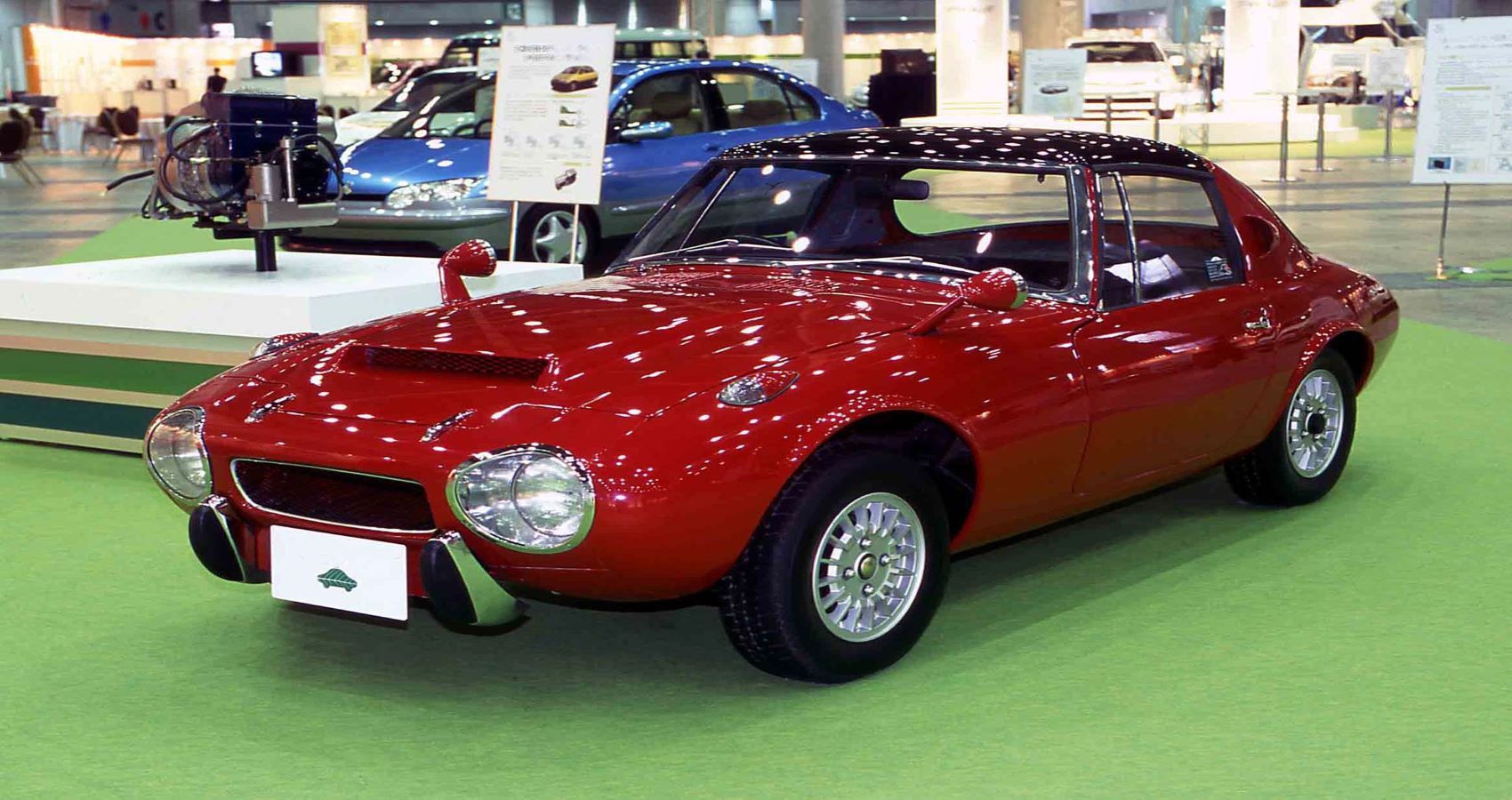 The Toyota hybrid that paved the way for the Prius

the Toyota Motor Company in the 1960s was not the global automotive giant we know today. The company’s engineers were keen to demonstrate their capability and began developing the exotic Toyota 2000GT sports car in 1965. However, before the superb 2000GT appeared, Toyota built another important sports car that is often overlooked. – the Sports 800. Not only was Toyota’s Sports 800 the first production sports car, but it would also become the inspiration for future Toyota models such as the Celica, MR-2 and GT86.

Toyota’s small two-seater became affectionately known as the “Yota-Hatchi” in Japanese or the “Toyota 8”. Built over a short production period between 1965 and 1969, a total of only 3,131 units were produced. Aeronautical engineer Tatsuo Hasegawa and Nissan Motors chief designer Shozo Sato cleverly crafted the aerodynamic design of the Sports 800, an update of their previous prototype, the Publica Sports Concept, which made an appearance in 1962 at the Tokyo Auto Show.

History of the Toyota Sports 800

Designed to compete with the Honda S800 sports car, the Toyota Sports 800 was primarily developed for Japan. Indeed, aspirations for the car never extended beyond the Japanese domestic market. Consequently, the majority were right-hand drive. However, Toyota produced about 300 left-hand drive cars which sold in American-occupied Okinawa. Back then, cars in Okinawa usually drove on the right side of the road. Additionally, Toyota shipped forty of these lightweight cars to dealerships in the United States as part of a marketing exercise, but failed to generate consumer interest. As a result, Toyota decided not to export the Sports 800 to the United States. With only a small number of units produced, around 10% of the original cars remain. Take into account the limited number of left-hand drive cars, which would equate to around 30 LHD models in existence today.

The design wasn’t just superficial. Indeed, the lightweight Sports 800 was also relatively powerful and fun to drive with impressive fuel mileage recorded at 73 MPG. The Sports 800 competed in the All-Japan Club Race in 1966 and won the title by finishing first. Additionally, the car also competed in the Fuji 24 Hour race alongside its more powerful sibling, the Toyota 2000GT. Thanks to its reliability and efficiency, the Sports 800 finished third in 1967, behind the two Toyota 2000GTs which won the race.

Twenty years before Toyota Motor Company became the automotive leader in hybrid technology, with the introduction of the Prius, the Japanese manufacturer presented a unique hybrid vehicle concept in 1977 based on the Sports 800 with a gas turbine engine. This has undoubtedly become the starting point for Toyota’s development of future hybrid vehicles.

Although the Sports 800 had strong popularity in Japan, it barely penetrated the American market. It is true that it was somewhat overshadowed by the magnificent 2000GT. Additionally, clean examples of this extremely rare vehicle are hard to come by, with many parts nowhere to be found. According to Classic.com, the average price for a Toyota Sports 800 is around $40,000. That’s if you can find one!

The innovative Sports 800 was a simple proposition with simple mechanics. Powered by a 790cc air-cooled twin-cylinder boxer engine with two carburettors, the unit proved to be quite durable and easy to maintain. With 44 horsepower under the hood, the lightweight Toyota could rocket to 60mph in around 11 seconds and had a claimed top speed of 100mph, which was impressive back in the day. The engine block may not seem powerful, however, the lightness of the car made up for that. In the 60s, a Porsche was only slightly faster. Importantly, a total curb weight of 580kg gave the car sublime handling and with the engine placed low at the front of the car, a low center of gravity. Somewhat comparable to a Lotus Elan at the time. Additionally, the Yota-Hatchi was incredibly fuel efficient with an excellent reliability record.

The Sports 800 was, without a doubt, an attractive two-seater with many attributes. Plus, it looked like a baby 2000GT. However, it has been smartly constructed using high quality, lightweight materials. To keep the car as light as possible, Toyota designers chose to use light gauge steel for most of the body and aluminum for the doors, hood, removable roof and frames. of seat. Additionally, the Sports 800 was the first production car to feature a unique “Targa” removable roof panel that could be cleverly stowed in the trunk. This debuted two years before Porsche’s first Targa 911.

The coolest hybrid in the world?

Although production of the Sports 800 ended in 1969, the little Toyota made a surprise appearance again a decade later at the 1979 Tokyo Auto Show, this time as a prototype hybrid car. Without a doubt, the super lightweight Sports 800 was the appropriate vehicle for Toyota to showcase its hybrid technology. The Sports 800 Hybrid GT (Gas Turbine) concept weighed just under 1000 kg and remained rear-wheel drive. The 30 horsepower (22 kW) gas turbine engine powered a generator, which in turn powered an electric motor, mated to a two-speed transmission. Indeed, the tests of this first hybrid system only lasted until 1983.

Undoubtedly, the “Yota-Hatchi” became a milestone in the history of Toyota.

Here are the tips officials are sharing for Consumer Protection Week