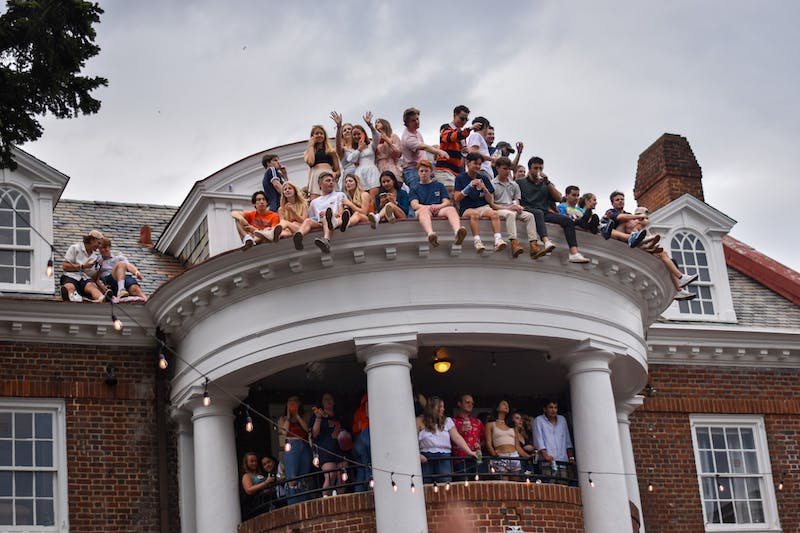 Midsummer is upon us again, and everyone can’t wait to get wild with their friends after two long months apart. Here’s a curated guide to a perfect Midsummers playlist, guaranteed to put out pristine vibes for every road trip and party during this summer reunion weekend.

Perfect for the summer return to Charlottesville, Steve Lacy’s “Bad Habit” was released on June 29 and immediately took off on both the top charts and on TikTok. Written and produced by Lacy himself, the song explores a failed relationship tied to satisfying lo-fi synth beats and beautiful harmonies. “Bad Habit” starts out slow, but is definitely vibrant and will have any listener hooked.

Tears for Fears’ 1985 classic “Everybody Wants to Rule the World” has been making a resurgence among Gen Z — and for good reason. The song’s addictive production is easy to repeat, not to mention the muddy nostalgia that everyone feels towards this song. Whether you’re trying to prove to your parents how rounded your musical tastes are or trying to set up a successful pregame, this song promises a serious karaoke session.

What started as an unreleased audio snippet that went viral on TikTok has transformed what some might consider the song of the summer. Quinnie’s latest release, “touch tank,” received the highest praise for the singer-songwriter’s nuances, soulful yet upbeat production, and relatable lyrics. This song would fit perfectly while getting ready to go out with girlfriends, or getting ready to go to Bodo’s in the morning.

It wouldn’t be a midsummer playlist without at least one country song. Childers, who is known for his distinctive voice and sound in the country sphere, created a summertime anthem with “Feathered Indians.” Even those like me who aren’t drawn to country music can find a special place in their hearts for this song, as its thoughtful lyrics and charming, rural vibe can’t help but make you want to say “yee-haw! “

The overwhelming captivation with Miles Teller still lingers, and with it, the praise for “Top Gun: Maverick.” The movie was a smash hit, grossing over $1 billion at the box office, and this OneRepublic lead for the movie didn’t disappoint. Capturing the ultimate, carefree summer we’ll only be young once, “I Ain’t Worried” is the epitome of fun, and maybe even mischief.

Perhaps a forgotten track from the early 2010s, Two Door Cinema Club’s “Undercover Martyn” perfectly exemplifies the feeling of speeding up to go have a good time. The band sings to convince someone that the unlikely choice might be the right one, and the importance of trust in taking a leap of faith. The song reflects these ideals with an extremely upbeat chorus intro, but withdrawn verses. The sense of anticipation radiates throughout this song, cultivating excitement in those who listen to it.

Whether you agree with the resurgence of the 2014 Tumblr aesthetic or not, The 1975 remains an unlikely crowd pleaser. “Sex” is a standout on their debut album and stands the test of time. Nothing beats shouting out the chorus of this song with your friends on a summer ride. Not to mention that The 1975 are preparing to release their fifth studio album. October 14 – “Being funny in a foreign language” – meaning there’s no better time to brush up on their old hits.

It’s no surprise Kate Bush’s classic “Running Up That Hill” made this playlist, because it nearly took the world by storm this summer, and rightfully so. Used as a major plot device in the fourth season of Netflix’s “Stranger Things,” the song currently sits at number one on Spotify’s Top 50 in the United States. The eerie, cloudy feel of the song perfectly encapsulates the sweltering heat of summer and the force of driving. or-die friendships.

“WESTWORLD” is a pre-game anthem that swings between slow-burning pop and head-banging EDM. The thrilling production keeps listeners on the edge of their seats, all the while wanting to keep the party going. It’s a great choice for those who want everyone to be happy with their auxiliary abilities, without delving into typical party playlist selections.

Hit wonder Cherub managed to release the most beloved party song of the 2010s with “Doses and Mimosas.” The intro alone is enough to have the crowd howling, and the song only builds as it hits the unbeatable bridge and breakdown. Guaranteed to bring anyone to an elevated surface, this song is dangerously euphoric. If you don’t hear that at least five times over the weekend, are you even in the middle of summer?

Cryptocurrency is a peril for the black community