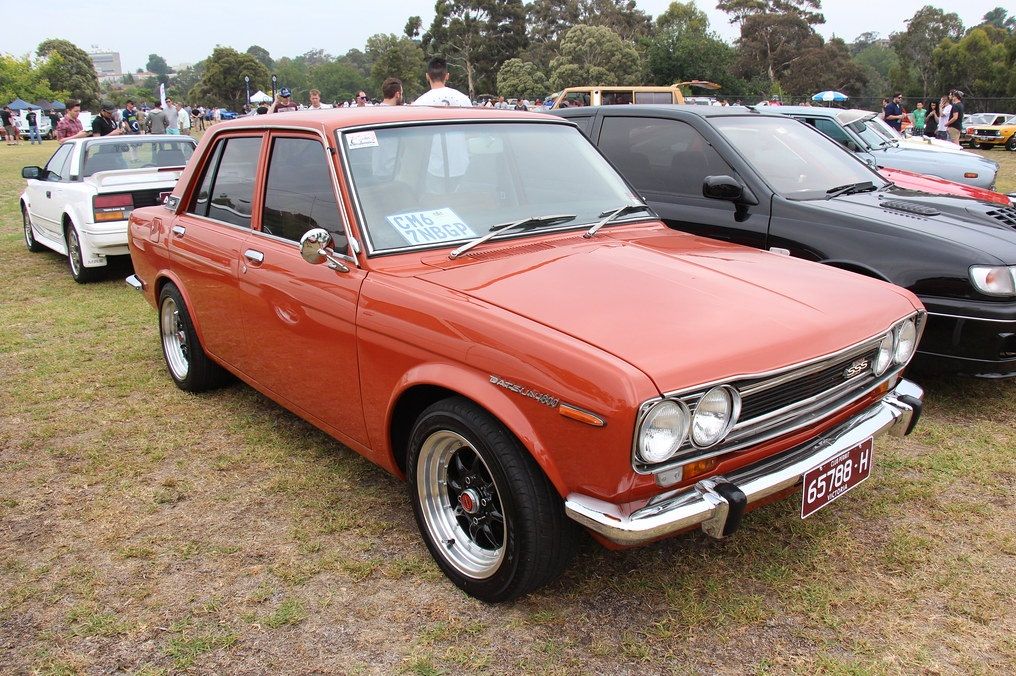 These are the best old Nissan cars from before 1980

Nissan has produced many impressive rides over the years, from pre-1980s vehicles like the S130 and Silvia to the 1990s Skyline R33 to newer models such as the fifth and sixth generation of the Altima. Nissan is also recognized for its range of electric vehicles, with the brand’s famous Leaf model being one of the most popular electric cars in the world.

The Japanese automaker released its first car in 1914, known as the DAT, and the automaker has since produced a bevy of amazing cars and trucks.

But, let’s say if it was 1979. What would have been considered the best Nissan rides of those years? Some of you may remember those days, while others were either too young or unborn. In the world just before the 1980s arrived, disco was hot, hippies were singing their last hurray, the Vietnam War was a recent memory, and Jimmy Carter was at the helm.

Without further ado, let’s go back to the late ’70s and take a look at our favorite Nissan cars from before 1980.

RELATED: A Look Back at the 1970 Nissan Cherry

The Datsun 150 came with various options

The Datsun 510 was sold from 1968 to 1973. It was shipped outside of the United States and Canada as the Datsun 1600. At the time, Nissan USA President Yutaka Katayama spoke loudly about the engine, a conception which had been generated by the acquisition of the company, Prince.

The 510 (or 1600) range proved popular around the world and paved the way for some fantastic Nissan international sales in the years that followed. The Datsun that arrived in the United States was equipped with a 1.6-liter L-series I4 engine with a Hitachi carburetor. It offered a gross horsepower of 96 hp with a claimed top speed of around 100 mph. Additionally, the Datsun 150 featured front disc brakes, rear-wheel drive, and the options of a four-speed manual or three-speed automatic transmission.

The two-door sedan, four-door sedan and four-door station wagon were praised for their exceptional functionality. The 150 hit around 20-30 mpg as an American factory trim. While there were also SSS models that offered improved instrumentation and interior trim, they were not available in the US market. SSS models also come with applicable exterior badges. Beginning in 1970, all 150 sold in the United States came with anti-sun lenses to maintain good visibility and protect the eyes of those inside.

The Datsun 510/1600 remains a famous car for auto enthusiasts even today fifty years later, thanks in large part to its blend of inexpensive performance and relatively simple mechanics.

RELATED: A Look Back at the Datsun 510

From 1978 to 1983, Nissan manufactured the Nissan S130 in Japan. This sports coupe, however, was sold under names such as Nissan Fairlady Z Datsun 280ZX and Nissan Fairlady 280Z elsewhere.

The 280ZX was a precise redesign. It only kept some aspects of the 280Z, like the L28 inline six engine and a few drivetrain factors. The 280ZX came with two and four seat models, as did the 280Z. However, the former was a heavier car with less emphasis on driving but more on driver comfort and sophistication.

The new ZX was defined by a softer suspension, more comfortable seats, better sound insulation and a number of features, including high-end audio systems. Its emissions controls and aerodynamics had been significantly improved compared to the first generation of Z cars.

The body of the 280ZX has been redesigned for aerodynamic purposes. However, the lift coefficient has been reduced from 0.41 to 0.14 and the drag coefficient from 0.467 to 0.385. The new design had a nearly 50/50 weight distribution in the two-seater and 2 + 2 configurations and a lower center of gravity as well. The rear of the car has been lengthened to allow for a larger 80-liter fuel tank. The new body design offered better fuel economy as well as overall vitality at high speeds.

The 280ZX initially provided either a recirculation ball derived from the Datsun 810 with power assist or unpowered rack and pinion steering, although neither was much appreciated in road testing at the ‘era.

The Nissan S platform is another name for the Nissan Silvia, a series of sports coupes, released in 1976, although the original Silvia was produced separately from 1965 to 1968 until a new version arrived in 1975.

The Nissan Silvia CSP311 debuted as the “Datsun Coupe 1500” in September 1964 at the Tokyo Motor Show. The preliminary model was a handcrafted coupe, taking inspiration from the Nissan Fairlady. The CSP311 was fitted with a 1.6-liter Nissan R engine developing up to 96 hp.

Twin SU carburettors were fitted and proved to be extremely functional for the engine. Each ride was unique, with their body panels being handcrafted in a distinct way. Most of the vehicles remained in Japan, although 49 examples were exported to Australia and another ten to other countries. In 1968, after only 554 units manufactured, production stopped.

Today, the car’s purchase price is almost double that of the next model in the manufacturer’s lineup at the time, reflecting the low production numbers and the fact that each car was unique.

The neat cars we are reviewing today are only a fraction of the capacity of the ’80s Nissan. Obviously, Nissan produced some impressive vehicles in its day, and they continue to do so to this day. if they have experienced a more difficult period in recent years.

This is how Pedro Rodríguez became the most successful Mexican racing driver of all time.

Pedro Rodriguez introduced Mexico to the racing world and built a legacy for himself with sheer will and talent.