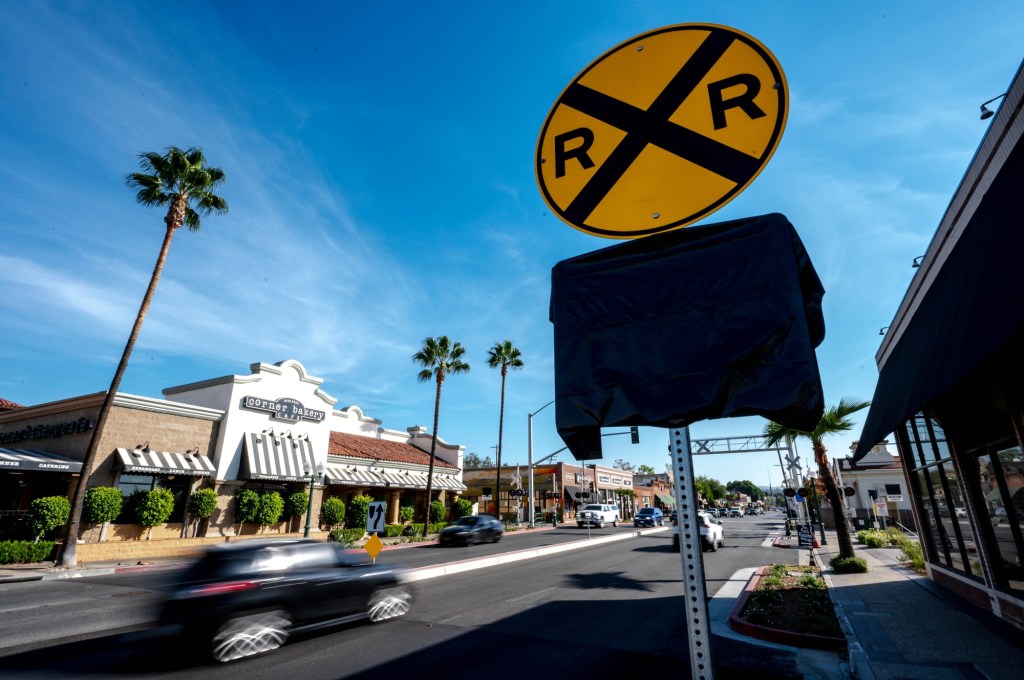 Train testing on the 9-mile track between Redlands and San Bernardino could begin in a few weeks, and before that, officials are tackling safety and noise concerns.

Tim Watkins, spokesperson for the San Bernardino County Transportation Authority, told Redlands City Council this week that since no trains have been running for a long time on the tracks, community members who have been ignoring the tracks for years will have to retrain their brains. .

“Although the tracks were there, there weren’t any trains on them so they are no longer part of the landscape,” Watkins told council on Tuesday, Oct. 19.

People park on the tracks when they are stopped at lights, “but now when you see tracks you have to think ‘train’,” he said.

The line that connects the San Bernardino transit hub and the University of Redlands could begin to see Metrolink train testing in a few weeks. A precise timetable has not been announced.

Metrolink service is expected to extend from downtown Redlands station to Union Station in Los Angeles.

“Some of those tests have already started,” Watkins told the board. “You will notice that there have been people there before, who closed the doors, tested the signals to make sure these things are working properly before we go into service. The next phase is now to bring the trains into this fold. “

Metrolink testing will likely last a few months and will include evaluation of communication devices, interactions with level crossings, door downtime, etc.

Meanwhile, new diesel multiple units that will be used specifically for the Arrow service between the University of Redlands and downtown San Bernardino are expected to arrive. Tests with these trains should start around the new year.

Both services will operate on the same line, although Metrolink is only expected to offer one outbound and inbound service per day.

While Metrolink trains are locomotive-drawn cars, diesel trains will be cleaner, quieter and smaller, Watkins said.

They will also be cheaper to operate, he added, “much more agile (and) will offer more flexibility with the overall service.”

The train tests will be carried out during the day, according to an SBCTA leaflet, and will look and sound quite different from the actual service, when it starts in 2022.

Security personnel will assist in traffic management at tested crossings. Federal regulations require horns and bells to sound during testing, but once operations begin, “the routine sound of the train’s horn will be limited by the quiet areas established throughout the hallway,” officials said in the hall. leaflet. Once the service has started, train engineers will still be able to sound horns at any time for safety reasons.

Since students have likely never seen trains on this line, SBCTA will work with local schools to share train safety information.

“We will (also) be placing safety stickers on all crosswalks for children who are on the phone as they walk blindly down the street, so they can see this reminder,” Watkins said. to the board.

How long has it been since a train has been running on this line?

Nathan Gonzales, an archivist at the AK Smiley Public Library in Redlands, said he assumed the freight service ended on the line around 2007.

Probably “BNSF’s last freight customer in Redlands was Sunny-Cal Milling on Texas St.,” he wrote in an email, and this property was approved for demolition in 2008.

“The Arrow Line runs over the old Santa Fe right-of-way, which entered town in 1888,” Gonzales wrote. “The line continued through town, to Mentone, and through the washhouse to Highland, and back to San Bernardino, creating a loop that was the smallest loop of what Santa Fe called the” trail. kite shape “.”

Passenger service on the loop ended in 1938 when massive flooding washed away a bridge.

Construction of the new line began in 2019 with crews pulling up the old tracks.

At Tuesday’s meeting, City Councilor Denise Davis highlighted the two decades of work that have gone into the rail project.

“It’s so exciting that we’ve finally come to this point where train testing is taking place,” she said.

More information is available at goSBCTA.com/Arrow, by calling 877-55-SBCTA (72282) or by sending an email to [email protected]

DiGiCo on the way to Milan with Avnu Alliance