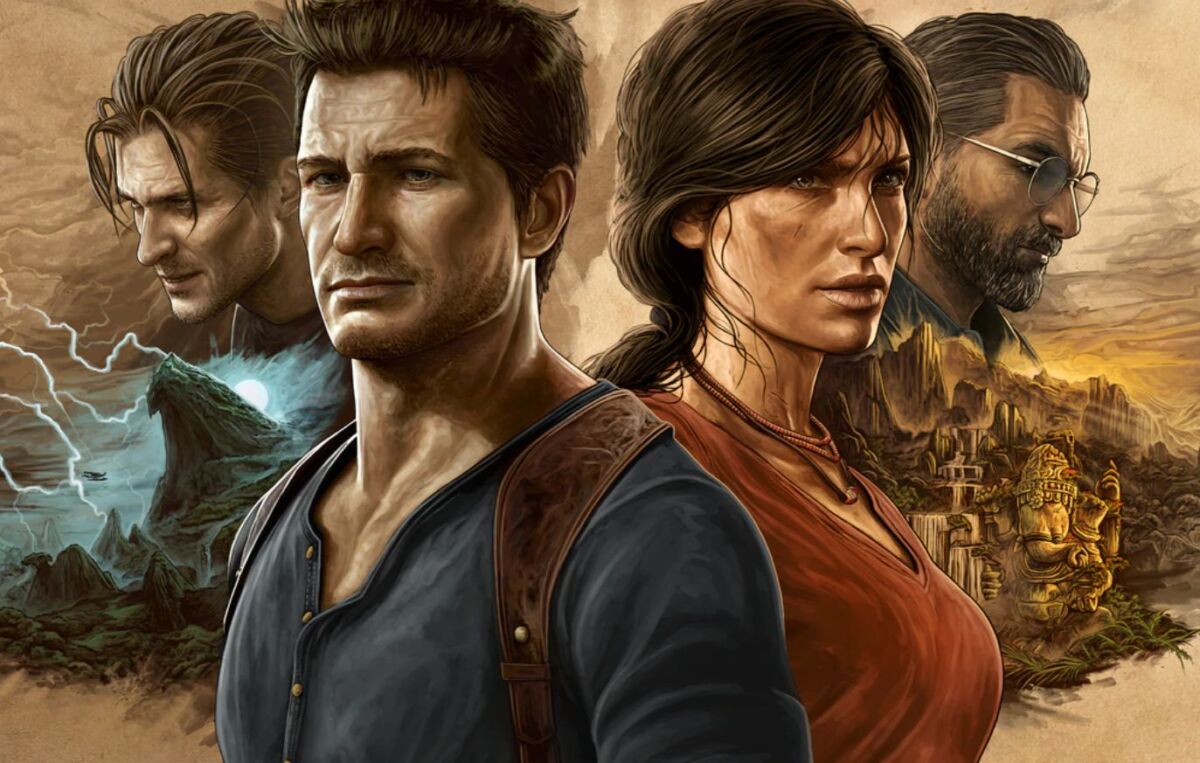 Naughty Dog has refined the action genre by skillfully blending light shooters and huge action settings with the Uncharted series featuring some of the most cinematic stories in the industry. It makes sense that fans would want their favorite adventures on current consoles with a new polish, which is why we have the Uncharted: Legacy of Thieves Collection now available on the PS5. If only we could get this Golden Abyss port, the collection would be complete, but is this new loot worth digging into?

This new set features updates for Uncharted 4: A Thief’s End and Uncharted: The Lost Legacy, two tales that are arguably near the top of the franchise and adventures that capture the wonder and enchantment of lifestyle treasure hunt. Nathan Drake, his brother Sam, Sully, Chloe and Nadine all live exciting and dangerous lives as they uncover riches that have remained hidden in remote parts of the world, with just the right amount of drama and story development. characters to keep everyone engaged. What’s not to like?

Just for fun, I played the excellent intro to Uncharted 4: A Thief’s End, then jumped to some of the bigger action later in the game. After that, I leaned over and j Beat Lost Legacy in one sitting again, as it packs in many of the franchise’s best banter and emotion, while scratching that huge train scene itch. This was after transferring my saves, so I could play around with some of the different character skins, color modes, and weapons from the bonus menu. Securing previous game files was incredibly easy – perhaps the easiest so far in all of my PS5 experiences – and it was an in-game option, not requiring PS+ to do so. May all future projects like this be so clean and easy, I pray to the gaming gods. Seconds later, I was testing powerful weapons in the early chapters of both games to watch henchmen run off in terror – having fun.

While it’s incredibly enjoyable to play again, most people will approach Uncharted: Legacy of Thieves Collection with the goal of seeing how great it can look on their new consoles, and the answer to that is: fantastic.

There are basically three visual presentation modes available, if the player has the appropriate setup capable of displaying them. First there’s Fidelity, which locks the frame rate at 30 but offers that sweet 4K resolution for anyone looking to max out their pixels, while Performance mode brings 60fps and 1440p. Both are solid and the difference probably won’t matter to the majority, or will be determined by display preferences, but then there’s the thief option. Performance Plus brings the magic of 120fps to the action of Uncharted, right at 1080p, and seems to be the preferred way to play for those who just want to be wowed by the visuals. Games look sharp both ways and playing around with these settings can be a fun mini-game to spot the difference.

Attentive gamers who experienced them on the previous generation of consoles may notice that there is more detail in environments and on certain elements now, with some bolder shadows, longer distance rendering, better reflections and a bit of tweaking on some of the lighting. Uncharted has some incredible sprawling vistas that always make me stop to take things in, but even when the action unfolds there are fewer little imperfections to drag you out of the moment. Games suffer from pop-ins less frequently, textures load faster, and there aren’t as many unwanted remnants overstaying their welcome on screen as before. It’s great to realize that there are less instabilities all around, but they still happen from time to time.

While the games look flawless in most sections, there are a few rare parts where certain layers don’t load or the facial animations look a bit off. It’s hard to tell if that’s from the games being several years old or from some of the graphical massage they’ve had. I encountered a few floating objects, like a grenade in one game, and I was stuck in an instance where the game wouldn’t let me climb the wall I was supposed to, but a quick reload of the checkpoint did. corrected.

Compared to their older counterparts, these games load extremely quickly. With the ease of checkpoints, death doesn’t cause much setback, but for those who just want to wade through the story, there’s an extremely useful lock feature and multiple difficulty levels. Holding the controller feels comfortable, and response to button presses now feels incredibly responsive, with less input consumed. I had to get used to playing again, but either I’m much better with this fight now or the upgrades have made me a more effective killing machine.

There will be no kills in multiplayer modes though, as those have been left out in this build. It’s not a big loss for me, but I know some people enjoyed them. Personally, I was hoping for a small upgrade in the accessibility department, since Naughty Dog has done such efforts so well in its recent entries, but there aren’t any significant changes. Mono audio is now here to help those with certain hearing issues and a persistent midpoint option has also been added which will help anyone who may have cognitive disadvantages or struggle to follow the action when these Hectic cinematic scenes begin.

For those who think that’s not enough or still missing a few little bits, there’s a PC version due later this year that could potentially add more or be improved with mods. For me, however, Uncharted nails the cinematic adventure so well, and it’s great to see both campaigns looking as crisp as they do on screen, which is a welcome addition to my PS5 collection. While there aren’t any extra frills, the base games are self-contained, and I plan to dig through this collection frequently.

Some of the coverage you find on Cultured Vultures contains affiliate links, which provide us with small commissions based on purchases made while visiting our site. We cover gaming news, movie reviews, wrestling and more.

Uncharted: Legacy of Thieves Collection is the return of two stellar adventures from an excellent series. The fresh coat of paint is sparkling and there’s still fun to be had, but not too much else to experience.