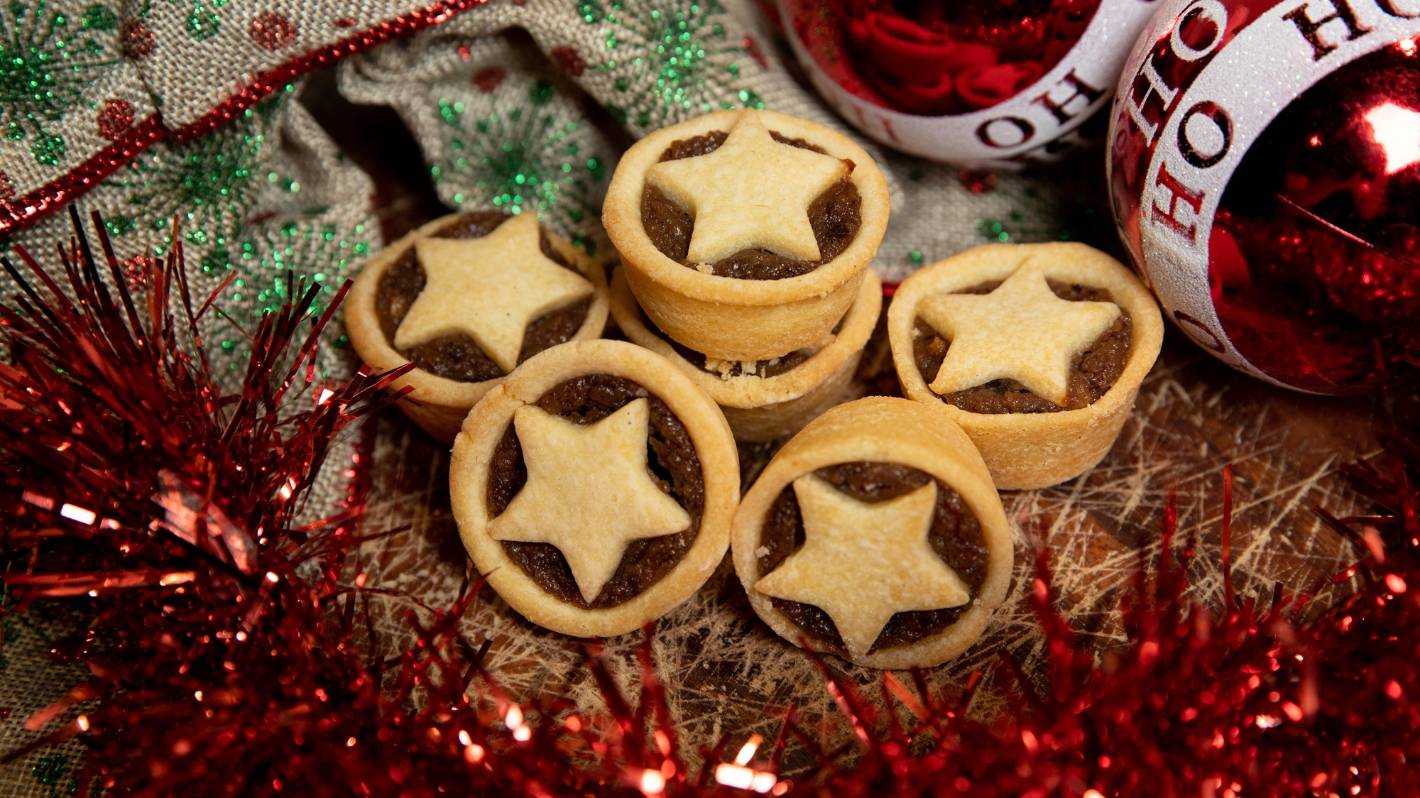 Volare pâtés are back to ring in the Christmas season

Volare’s Christmas Hash Tarts are a treasure in two bites: you get the instant magic of dried fruits, spices and a rich buttery dough, you savor it more fully with the second bite and, because they are mini tarts and quite small, you fall for another.

Difficult to stop at two. â€œThis can be a bit of a problem,â€ says Ed Hemming, Volare co-owner and chopped tart lover. Hemming runs Hamilton’s Specialty Bakery with longtime friend and business partner Ryan Simmons, and when I visit they talk about the festive treats they make every year from December 1 to Christmas Eve.

â€œI’m English,â€ said Hemming. â€œWe have always had Christmas cakes, pudding and chopped tarts in our family. Bring it on.”

How do they like to eat them? â€œAlone,â€ Simmons said.

READ MORE:
* Ryan Simmons shares his favorite things about the Waikato
* Recipe: Maria’s Eclipse Christmas Cakes from the River Kitchen in Hamilton
* What is really inside a Christmas fruit pie?

He and Hemming are strict on the tight seasonal schedule of pies; they have a similar rule for Volare’s hot cross buns at Easter. They don’t see the point in either of these products being available for weeks, if not months, in advance. They become a drag rather than a treat.

Last year, the Volare team made 12,000 chopped tarts, packaged in packs of six, each handcrafted according to Simmons’ precise instructions. As the season picks up (pre-order so you don’t miss a thing), four people are dedicated to production, and more lend a hand as needed.

Hemming and Simmons founded Volare 12 years ago. They have outgrown two premises and are now operating out of a purpose-built factory on Gallagher Drive in Melville.

In a previous life, Hemming was a civil engineer and Simmons studied audio engineering in Auckland. Simmons began making sourdough bread for his student apartment, and back at his home in Cambridge, he and Hemming saw a business opportunity in the crusty sourdough he had perfected.

Simmons brings family history to the business. He is a fifth generation baker and his mother is a member of the Burmester family of Morrinsville, whose bread was world famous in Waikato.

At Volare they don’t care much about job titles, but Simmons is the baker and Hemming is in management. They have 90 to 100 employees, six outlets and, with their signature sourdoughs, they make a range of specialty products, including chopped tarts.

Simmons’ pie recipe combines knowledge gleaned from his family’s Christmas treats and a visit to the famous Bourke Street bakery in Sydney. There were several trials before going into production six or seven years ago.

And, of course, there’s the Volare spice blend: cinnamon and clove are the dominant flavors, supported by cilantro, nutmeg, ginger, and star anise.

The fruit mince is cooked twice, simmered gently in large saucepans, then baked in the pie crust. The alcohol is cooked during simmering, and a second shot of brandy is added before cooking. It burns too, but it adds to the rich depth of flavor.

The pastry is made in a traditional German style, 75 percent flour butter, plus eggs, sugar, and Heilala vanilla (cultivated in Tonga).