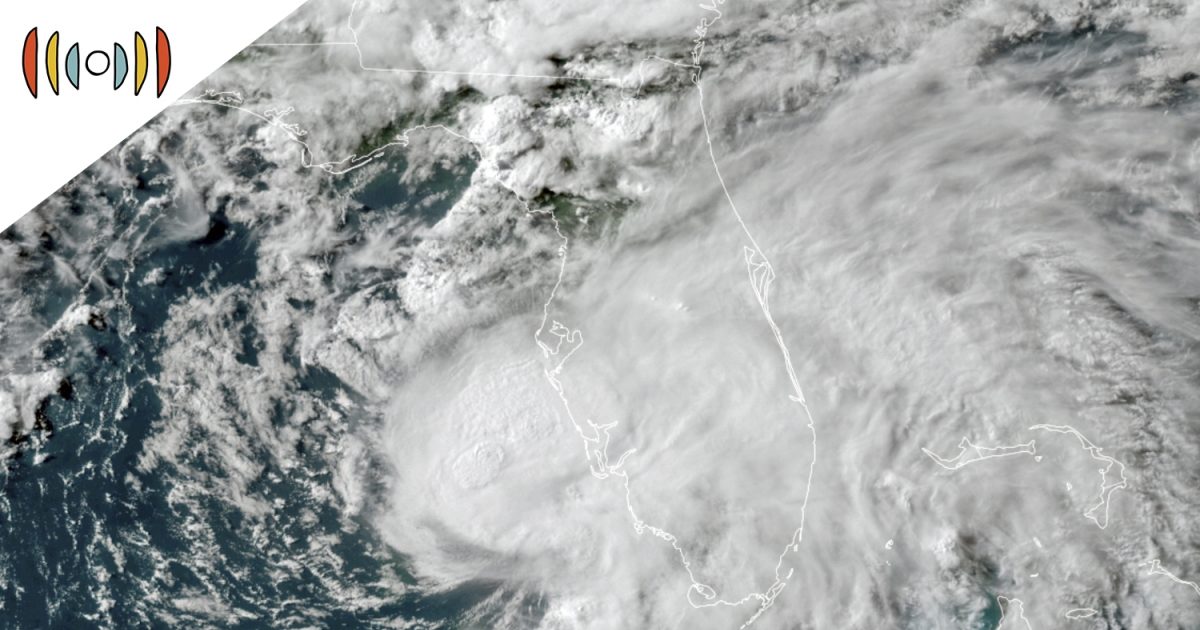 Philippe Papin of the National Hurricane Center said on Tuesday that Tropical Storm Elsa was intensifying.

PAPIN: We now expect this to be a minimal hurricane – or maximum sustained winds of 75 miles per hour upon landing.

The National Hurricane Center on Tuesday issued a hurricane warning for a long stretch of coastline from the mouth of Tampa Bay to the Big Bend area of â€‹â€‹Florida.

The storm swept through the Tampa Bay area late last night as it moved up the Florida coast.

Elsa is expected to move into Georgia later today and then into the Carolinas, possibly as a tropical depression.

Death toll rises with no sign of life in the rubble of Florida condo collapse â€ Meanwhile, in South Florida, the death toll in a condo collapse in Surfside has risen further. Miami-Dade County Mayor Danielle Lavine Cavaâ€¦

CAVA: Thanks to the team’s continued efforts, we recovered four additional victims. The number of confirmed deaths is now 32.

More than a hundred people are still missing. And those in charge overseeing the research look increasingly gloomy.

COMINSKY: The key things that we’ve been looking for all along in terms of empty space, living spaces, you know, we don’t come across that.

Crews in yellow helmets and blue overalls dug through the rubble for a 13th day. Some could be seen lugging pickaxes and power saws through piles of concrete.

Wind and rain from Elsa’s outer bands complicated the search effort, but did not interfere as much as originally feared.

JOURNALIST KRISTEN FLAVIN: The company has so far said that it appears between 800 and 1,500 businesses, mostly small businesses, have been compromised. These were clients of companies that use Kaseya’s software to manage their IT infrastructure.

But some cybersecurity experts note that the victims are still being identified and could total more than 1,500.

The Russian-linked REvil gang is suspected in the attack on Friday night before the July 4 bank holiday weekend.

The attack affected a wide range of businesses around the world, including in financial services, travel and entertainment, and the public sector.

President Biden said he ordered US intelligence services to take a “deep dive” into the attack and that the US would respond if it determined the Kremlin was involved.

Biden urges Americans to get vaccinated as the variant spreads ” Speaking at the White House on Tuesday, President Biden delivered remarks on the COVID-19 pandemic after vaccinations fell short of his July 4 target.

The president again urged those who are not already vaccinated to get vaccinated.

He added that the variant is already responsible for more than half of all cases in parts of the United States. And this share is increasing.

In May, the White House announced its goal to have 70% of American adults vaccinated by July 4.

Press secretary Jen Psaki said the self-imposed deadline has passed but the 70% threshold is in sight.

PSAKI: We continue to support to achieve it and we will do so in the coming weeks for adults over 18. But the work doesn’t stop there, and we’ll continue to push to get 12 to 18. years vaccinated.

Abu 67 percent of adults have received at least one injection, and less than 60 percent are fully immunized.

JOURNALIST ANNA JOHANSEN BROWN: The AN-26 propeller carrying 22 passengers and six crew members when it crashed shortly before its planned landing in the Russian Far East region of Kamchatka.

The plane was only ten kilometers from the airport when it disappeared from the radar. No word yet on the cause of the crash.

The aircraft has been in service since 1992. Aircraft owner Kamchatka Aviation Enterprise claims it was in good condition and technically sound.

Authorities have opened an investigation into the accident.

Report for WORLD, I am Anna Johansen Brown.

I am Kent Covington. For more information, features, and analytics, visit us at wng.org.

WORLD Radio transcriptions are created within an emergency time frame. This text may not be in its final form and may be updated or revised in the future. Accuracy and availability may vary. The authoritative recording of WORLD Radio’s programming is the audio recording.