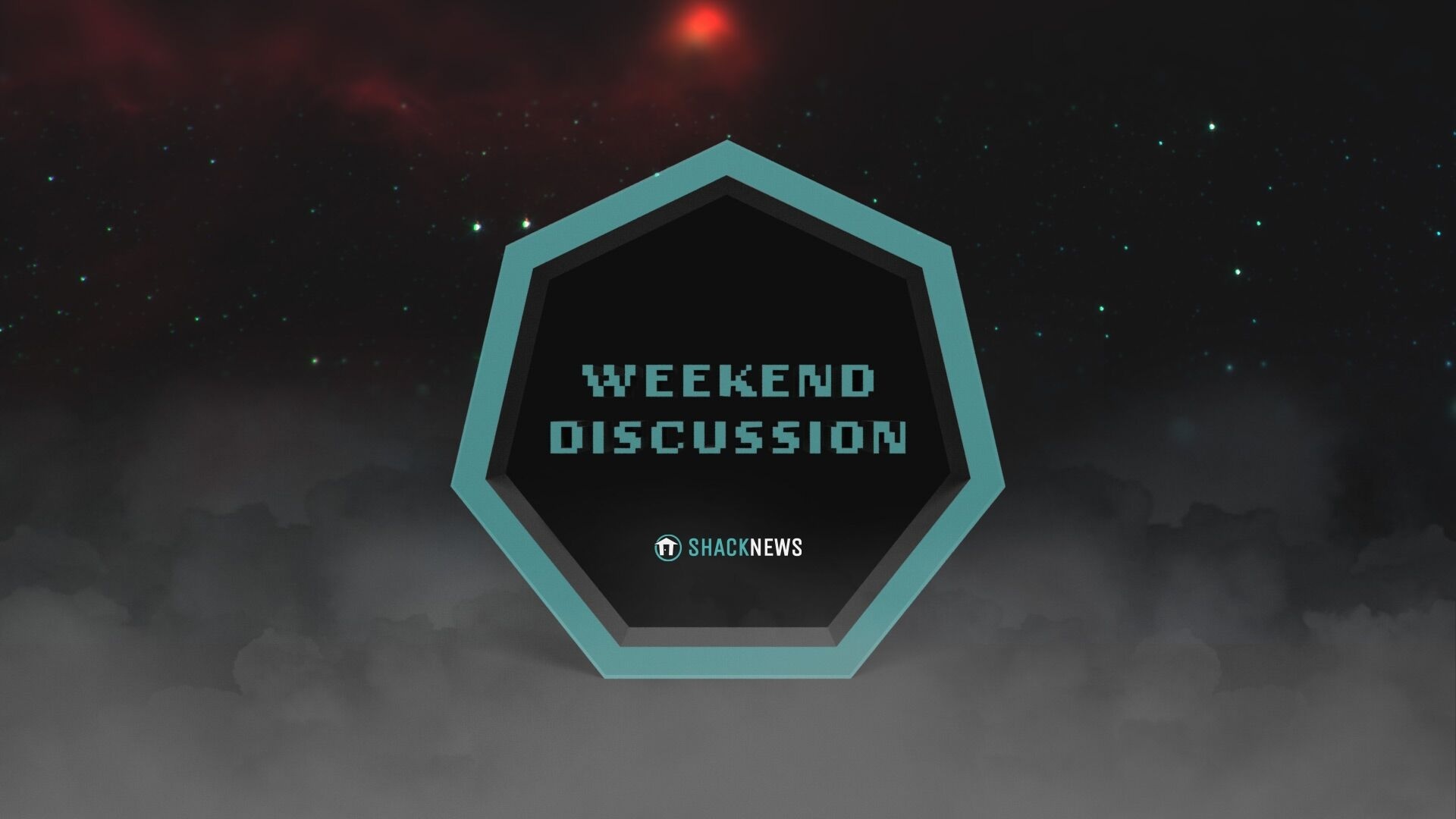 It’s another cold Saturday. The perfect day to play games and read this edition of Weekend Discussion!

In case you missed it at Shacknews:

Signalis is scary and definitely worth the trip. TJ dove straight into the game on this week’s Indie-licious. Watch the full episode here.

Michelle Yeoh is having an incredible year. Are you going to try this Witcher prequel? Considering the recent Geralt redesign news, it looks like the franchise could use some positive news.

There was a ton of hype at Worlds 2022 last week. Glad to see esports getting so hyped on the state side.

It was nice to see Virtua Fighter 5: Ultimate Showdown on the list for EVO Japan. There’s a lot of hype, even when it comes to voice acting!

I upgraded my PC, soundproofed my studio, and recorded as Akira from #VirtuaFighter5. All sounds compiled from scratch – it was the perfect warm-up to get back into audio production! 😎

Well, Elon Musk has taken over Twitter and declared himself the final word. My friend drew a MODOk inspired version of the Twitter king.

Speaking of Mr. Musk, I found this Mad Men thread which I think was pretty accurate. Enjoy

Mad Men characters on Elon Musk.
Don Draper
“You tell me you’re rich, you’re powerful. I say show me. The most powerful man in the world is nothing when the only people in the room are laughing at him. What the hell are you show me your ass aside and ask me to put $8 in it.” pic.twitter.com/hU13E2W4xt

I’m a huge Dark Souls fan and would love to see a metroidvania game in this world! Oh, what could have been.

A Dark Souls 3 – 2D pixelart metroidvania was presented to Bandai Namco about 6 years ago.
This is now finally out of NES, so enjoy the visuals created back then. pic.twitter.com/Dt5BDasWbU

Nah that was a violation pic.twitter.com/EOLgbYqdcI

Doechii continues to show her versatility and I’ve been quite impressed with her lately.

Wakanda Forever was released this week. I’m going to the cinema tonight to see it. So, it seems fair to me that I drop Rihanna’s new song on the official soundtrack. Have a great night!

That’s all for this week folks. Thanks for reading and take the time to get those swipes on Shackpets! See you all next weekend.

Denny is the current Social Media and Community Manager for Shacknews. He enjoys being part of the conversation with readers and the gaming community at large. Denny is very passionate about making the gaming industry and associated media spaces more inclusive. He’s also a big fan of fighting games, hosting live tournaments with fun color commentary. When he’s not playing, you can find him rummaging through the trash can of discount comics or watching a horror movie with the lights off. He has also been a content creator on Twitch since 2015 and has spoken live at Twitchcon, C2E2 and several other events, while providing D&I advice for emerging brands in gaming.