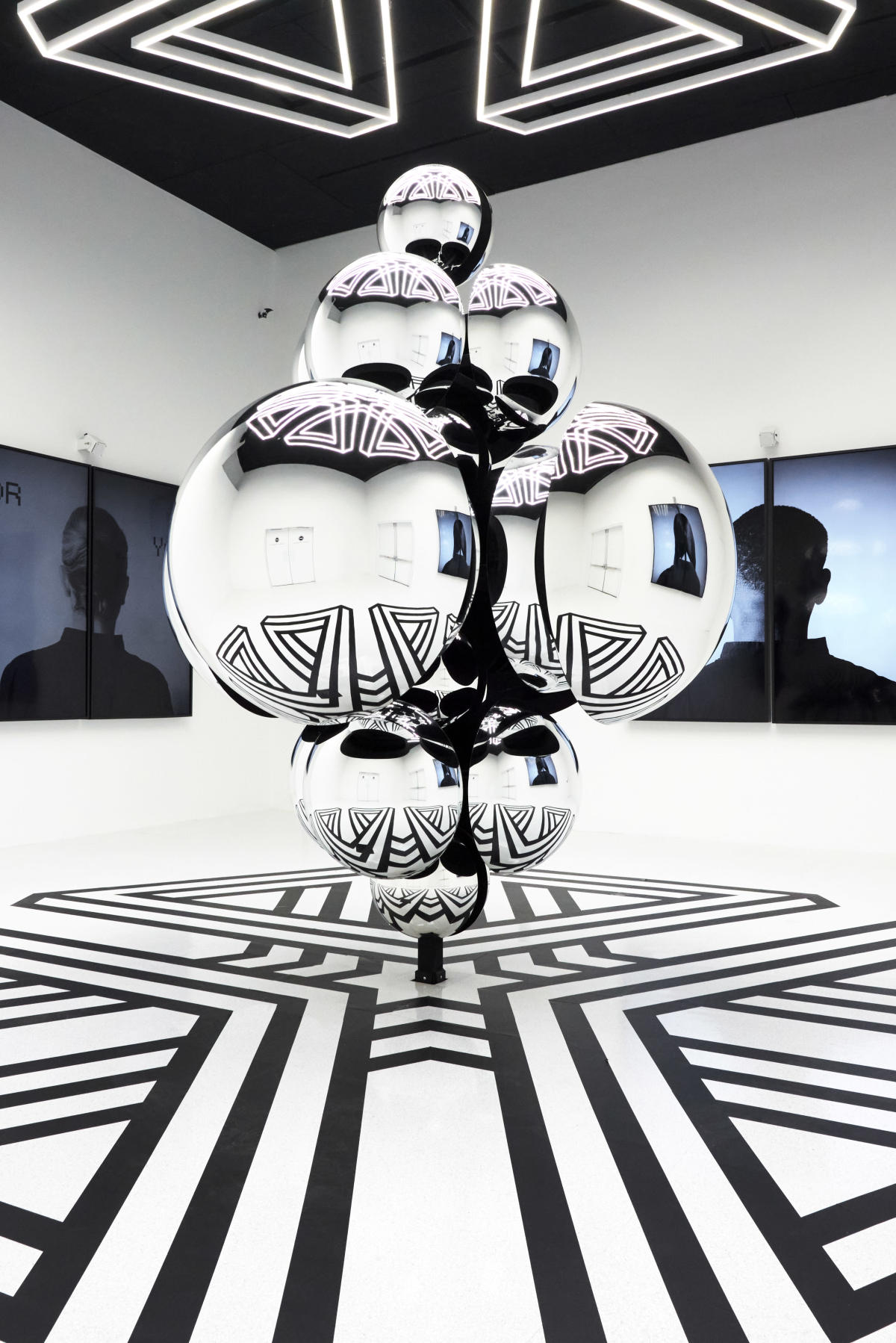 The mere mention of experiential retail may cause some eye-rolling, given how often it’s used.

But Mona Kim, a design consultant and visual artist for cultural and commercial projects, thinks the fashion crowd falls flat in this department. His Parisian firm Mona Kim Projects provided creative direction for the immersive “Batman x Spyscape” exhibit that just opened in Manhattan. This involved designing, curating, co-producing and choreographing its immersive media – sound, light, visuals – and physical environment. It also necessitated a stay of nearly a month for the experiential space designer, who has since returned to Paris.

Housed in part of the 60,000 square foot building designed by Sir David Adjaye, Spyscape, as the name suggests, is all about espionage. The new exhibit brings together Warner Bros. Themed Entertainment on behalf of DC and Spyscape to create an app-based experience that unfolds in three acts. Participants embark on a top-secret undercover mission to infiltrate Leviathan, a clandestine organization trying to overthrow the superhero and super-villain communities.

Having worked on immersive experiences for Uniqlo, Samsung, Duet Sports and other companies, Kim was recommended for the project by an executive at Wieden & Kennedy. Although her latest project isn’t a fashion project, brands and retailers could learn from the experience, she said. Her work in immersive exhibitions has always drawn inspiration from both contemporary theater and dance, especially with regards to light, audio and media. This arts-inspired approach not only transforms the physical space, but creates a more emotionally moving experience, Kim said. “It doesn’t just become this digital experience without any emotion,” she said. “There’s a storyline and a linear narrative that helps you participate as a game. There are three different ways to experience the exposition.

Timed zone-to-zone admission quickly transitions with text clues – such as what to watch out for – from the “Oracle” character. “Basically, the physical space knows what room you’re in and connects to the app,” Kim said. “In some spaces you can walk around, but the application is almost totally linear. You’re supposed to discover information.

Pointing out that themed exhibitions generally lack these emotion-inducing characteristics, she said: “On the other hand, we are used to seeing fashion shows and brand activations where the confluence of audio and light is very emotional. But what we don’t see is the fusion of highly sophisticated real-time interactive application technology. The idea of ​​mission-driven gamification is a way to learn and discover content. Content translated into the fashion world is a product.

Using a real-time app to interact directly with a physical environment is a concept that fashion companies and designers could put to much better use, according to Kim. “They could be inspired in terms of their brand activations as well as fashion shows. It is the use of a strategy to involve the public and the end user,” she said.

After downloading the app, users are immediately drawn into chatty and lengthy texts with Oracle, which sends them on a mission to uncover some secrets behind this evil Leviathan organization. In a waiting area, admission, visitors are notified by Oracle to keep an eye out for messages. Amidst what sounds like “very friendly, New Age music” there are recorded whispers of “we’re one of you” and a subtle floor design of “there’s a better way”. .

Once through the doors, attendees are greeted by a bulbous silver sculpture made of real surveillance mirrors. On all four walls of the room, split video screens play footage of testimonials affirming the Leviathan by four people, which can only be seen from the back of the head. “By being in this reception center, you see a false public face of this organization,” Kim said. “From sculpture there are whispers like [‘Stop blaming yourself’] and evil whispers coming out” that allude to subliminal messages.

Entering the portal between the public space and the command center, visitors see what amounts to a highly artistic black and white projection on four walls with eerie music, before the flashes appear to unlock the door . Once inside what looks like an abandoned corporate headquarters, the premise is that all of the organization’s employees evacuated their workspaces because they realized there were intruders – like visitors who come from to arrive.

Oracle invites them by SMS to seek information. Data streams scroll endlessly across tables and workstations. A nearby video console reveals how the finish area had actually featured “very forced testimonials” and attendees. The setup is also a modernized take on the DC Comics world with recognizable character imagery like “Robin”.

Overall, the dark space has an architectural feel with narrow beams of light descending from the ceiling to create what almost looks like the rails of a prison. The exhibit’s message includes corporate greed, the public face of a corporation versus its inner workings, and “techno-slavery,” Kim said. “In a way, the physical environment reimagines what a powerful high-tech organization could be even in today’s world. We are always influenced by the reality around us. How do we reimagine that ? “

When asked why fashion companies often fail with immersive experiences, Kim said that whether it’s fashion shows or brand activations like product drops, they tend to be flat. Human beings understand stories because it’s easy for them to follow, remember, and engage before, during, and after. “That’s what this exhibition is trying to do and why I think it’s a success. People can download the app and start interacting with it before coming here. The second part comes to this exhibit and interacts with the app. And the third party can continue to interact and be sent on missions by the app,” she said.

Likewise, “museum exhibits are not sustainable as long as you see the exhibit, get influenced, and go back to your normal life,” Kim said.

Another area showcasing key DC artifacts like Wonder Woman’s tiara are being reverse-engineered, the idea being that it will turn them into powerful weapons for themselves. Computerized sound is for probing and calculating, while motion graphics is for scanning and coding. The concept is designed to be a mix of museum artifacts and modern media to create an immersive effect. The exhibition also features images related to Batman art by Jim Calafiore..

The show’s original narrative was written by critically acclaimed Gail Simone, known for her work in DC comics such as “Batgirl” and “Wonder Woman.” The project also involved other women, including several in the construction of part of the exhibit – painted, built, lit, fabricated and installed by women. “I mention this because the entertainment industry is still very masculine. Physical build is very male dominated. But in this project, there were many women leaders [including the main character Oracle],” she says. “I also see it as a very interesting model of a future way of working, where there is no tension or questions about gender power play. What we experienced was true smooth collaboration even with teams spread across the globe via Zoom or onsite.

Some of the other key creators who have helped realize his vision are Simon Taylor of Tomato, film and motion graphics director; sound designer, techno DJ and composer Ferdinand Gratz, and Jeremy Kunze of Studio Kunze, a art graphic design direction and authority.

Kim was not involved in the design of the merchandise that is sold in the museum shop, but chose the all-black “techno-ashram look” of the “welcome center” security guards – a mandarin collar shirt , black wide legs, cropped pants and all-white high-top sneakers.